Busy Week ahead for European Club Volleyball. Matches to Watch on EuroVolley.TV

It’s been a long road for the teams to get to this point of the season across CEV’s three club competitions, but for two of these competitions, the CEV Volleyball Cup and the Challenge Cup, we are now ready for the Finals while the CEV Champions League is ready to uncover its semi-finalists.

The second round of finalists will enter the court on Wednesday, 16th March, with Vero Volley Monza from Italy hosting Tours VB from France in the CEV Cup Finals-Men, while CV Tenerife La Laguna from Spain will be hosting the Italians from Savino del Bene Scandicci from Italy in the Finals of the CEV Challenge Cup – Women. 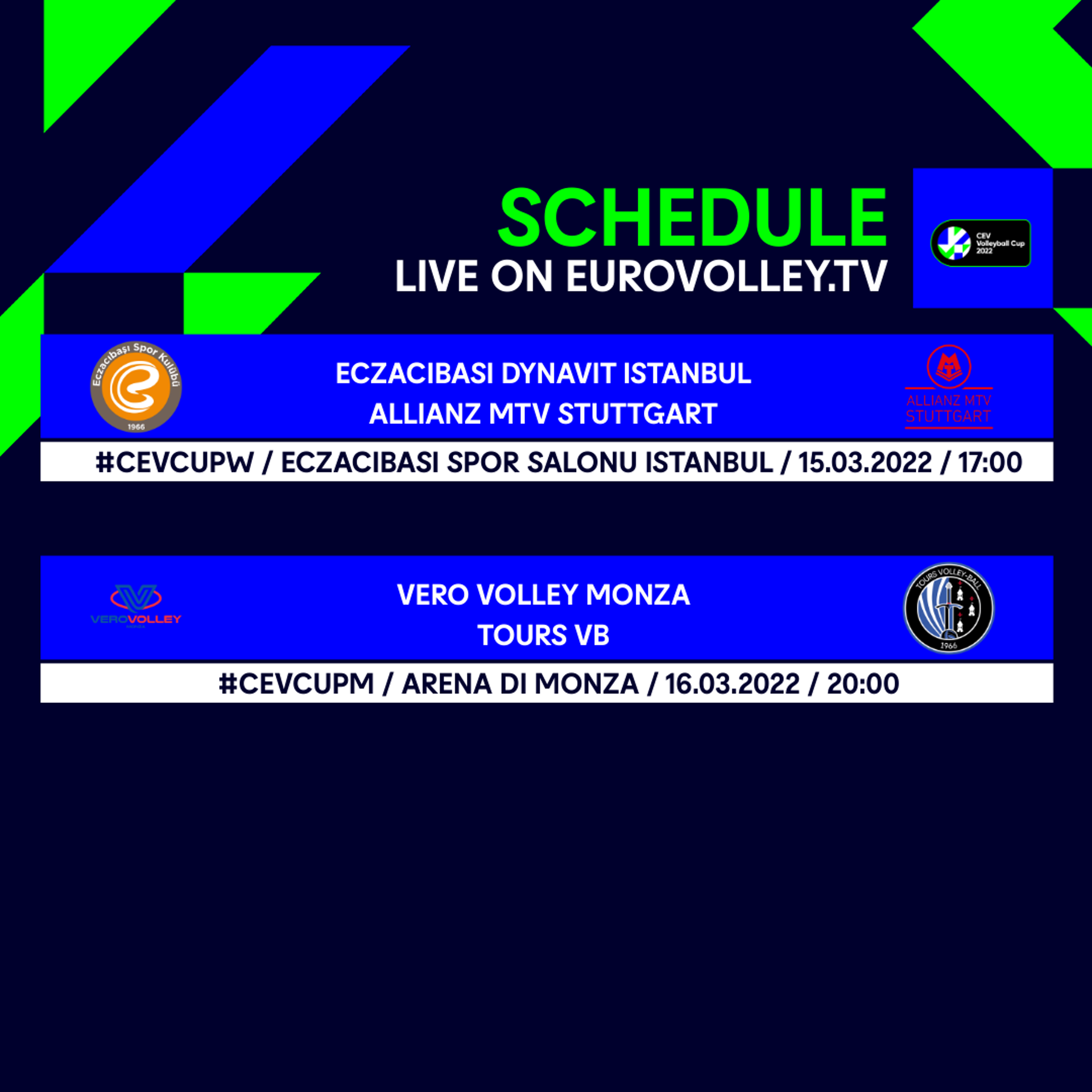 The hosts of these first round of Finals matches will be looking at taking a big step towards winning the coveted trophies, however the decisive matches will be taking place next week and the medals and trophies on the table. 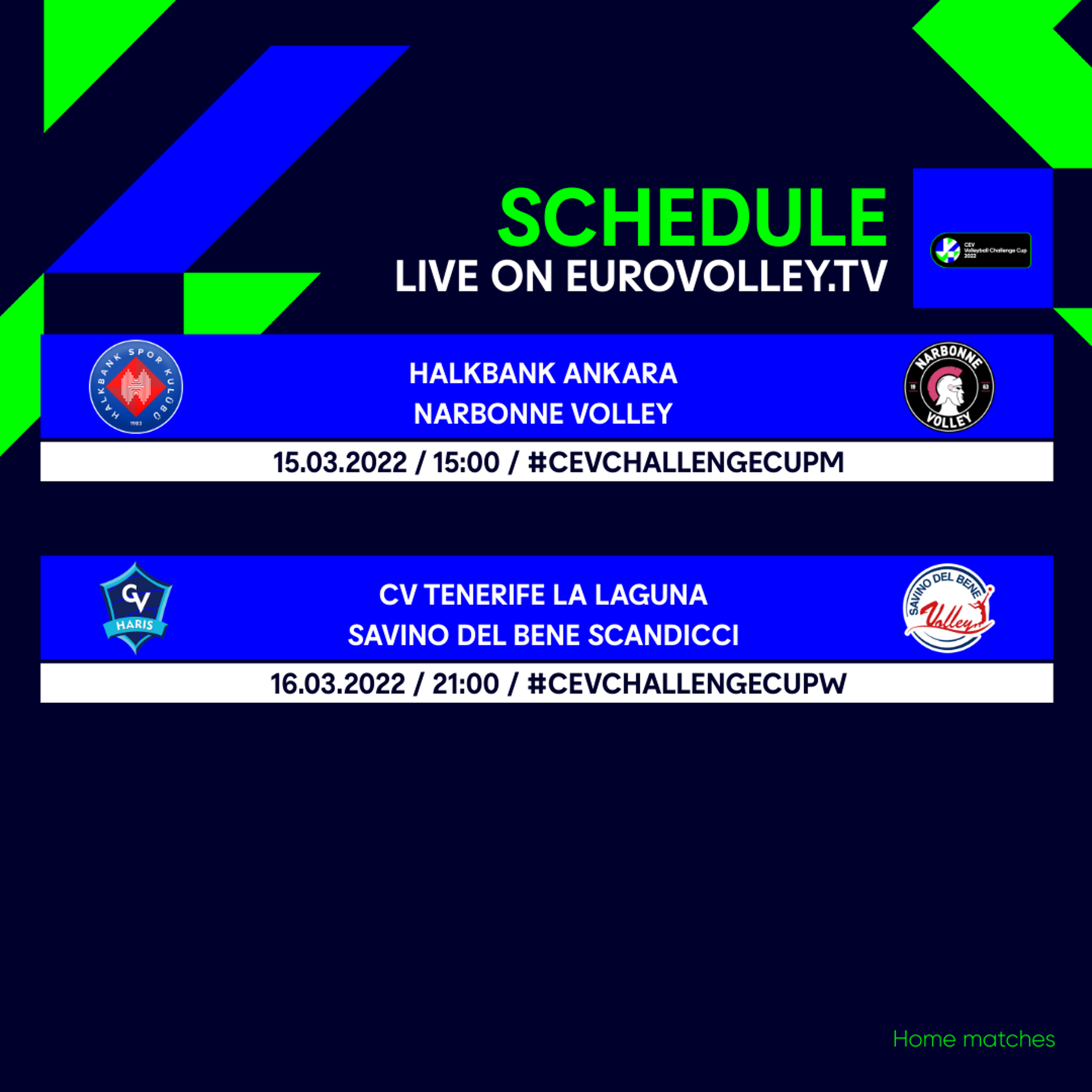 The CEV Champions League Volley will decide it’s semi-finalists this week, and in the case of one team, the SuperFinalist of the Women’s competition will be decided from the second encounter between Imoco Volley Conegliano and Vero Volley Monza. 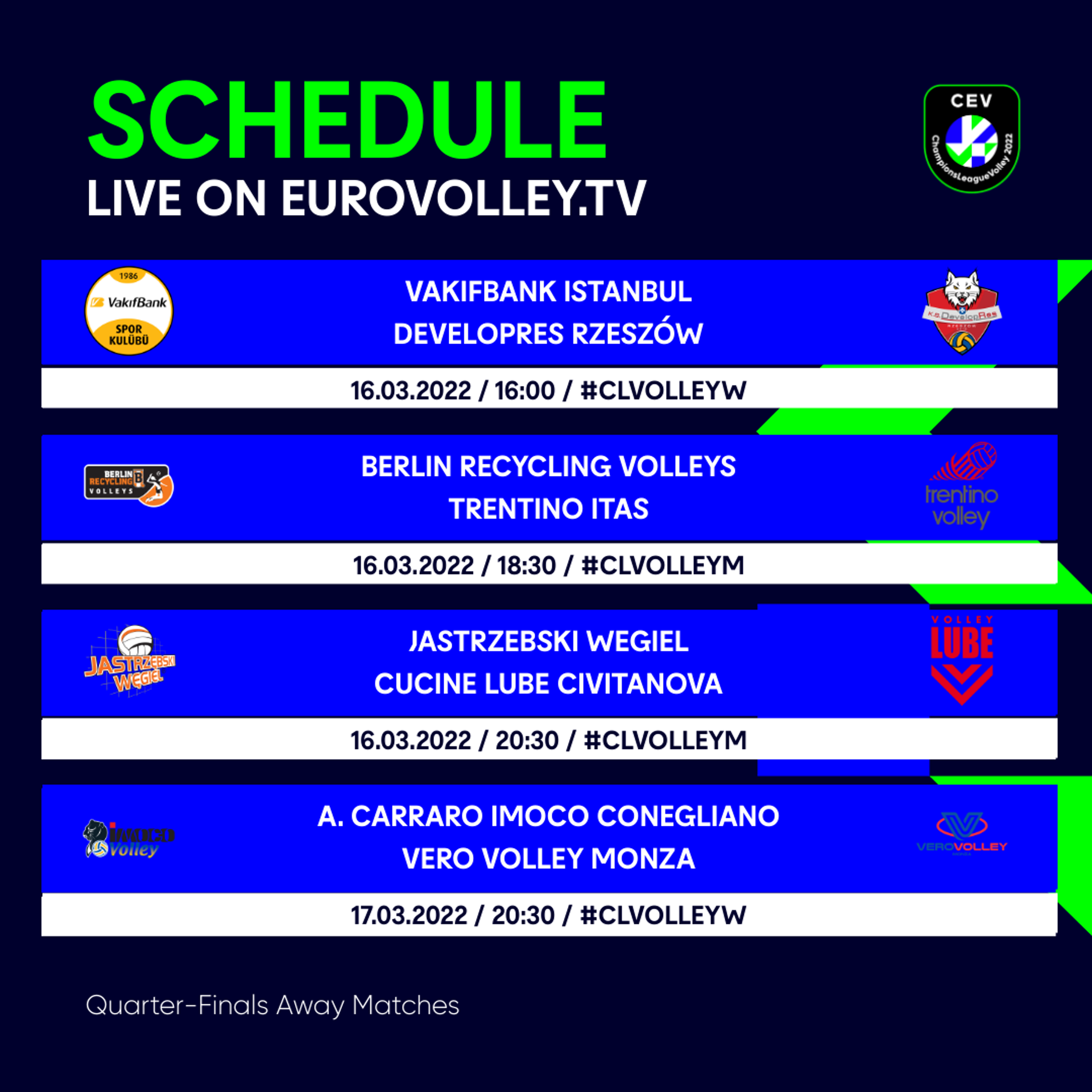 The other women’s match sees Vakifbank host the Polish side of Developres Rzeszow following an unexpected loss for the Turkish side in last’s week encounter. On the men’s side, Cucine will try to overcome their own shocking defeat from last week when they visit Jastrzebski Wegiel while Trentino Itas will be trying to win the two sets that will confirm their spot in the semi-finals as they visit Berlin.