Europe’s premiere club competition, the CEV Champions League Volley – Men returns tomorrow with the first matches of Leg 4, the first of the second part of the group stage.

Going into this second part of the group stage, everything seems to be still to play for as teams have not managed to significantly break away in the lead so far. The first exception to that we can see in Pool A, where the Polish side of JASTRZEBSKI Wegiel sits on top with three wins out of as many matches and maximum points, nine.

Berlin Recycling Volleys (Pool D) and Sir Sicoma Monini Perugia (Pool E) are the other two teams having a perfect record so far, maximum wins and points, but they seem to be facing tougher opposition. With one match extra in hand due to postponements, Zenit Saint Petersburg (Pool D – 2/2 Wins, 6 pts) will be looking at either ensuring they get on top of the pool when facing Berlin or getting enough points to be one of the teams qualifying from second position. 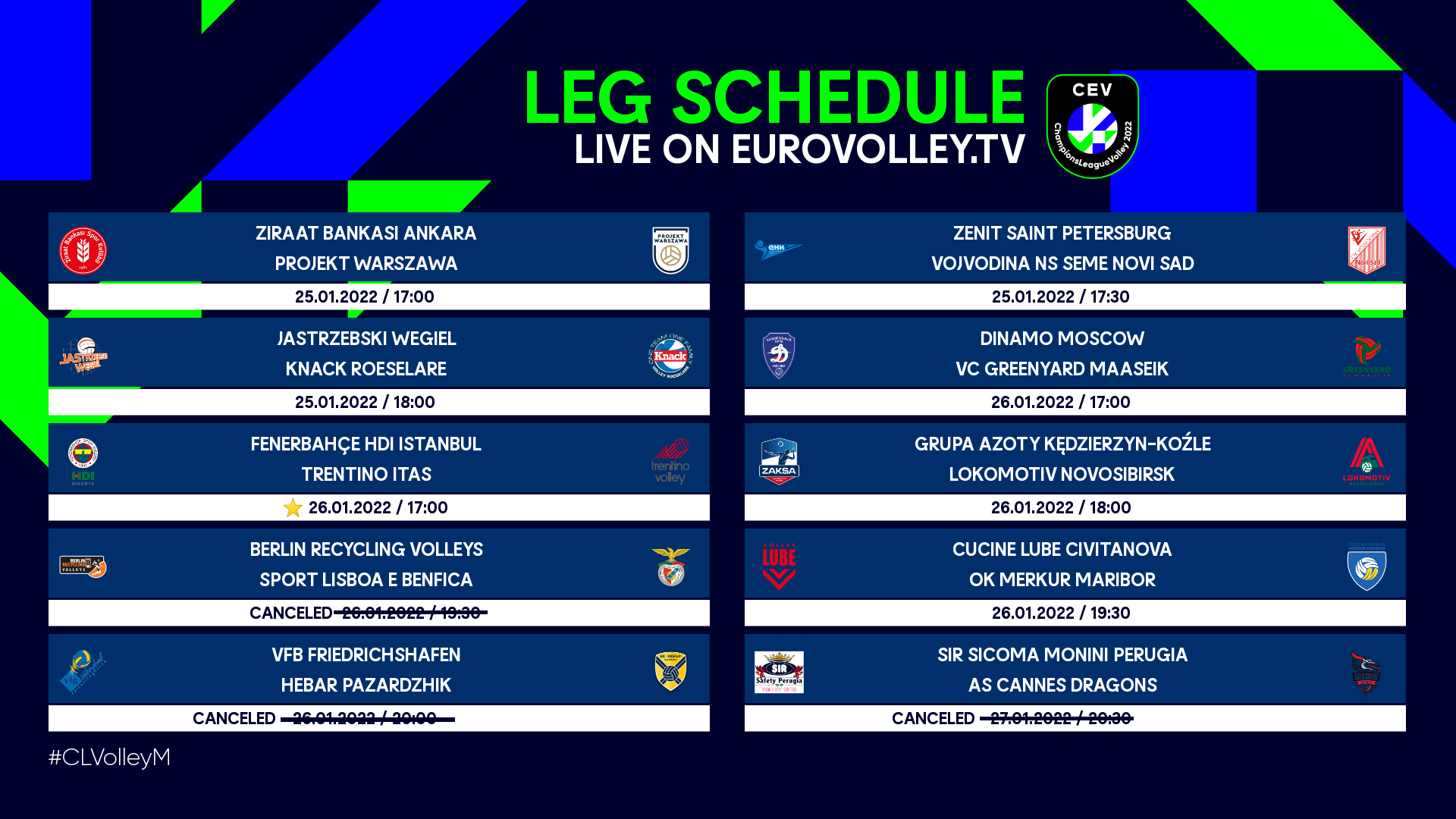 Pool E is one of the most balanced ones in terms of teams perceived strength, with fellow Italian side from Trentino Itas being only 3 points behind leaders Perugia ad Fenerbahce from Turkey 3 more points behind but with a roster that can surely create problems and be in the mix for qualification.

Pool C is equally as balanced with the reigning champions from Zaksa currently sitting in second, one point behind leaders Cucine Lube Civitanova and four points ahead of third place Lokomotiv Novosibirsk.

Take a closer look at the team standings HERE and find out who can still compete for a place into the next round.

Halfway through round 4, the list of top performers sees some very familiar faces, with Zaksa’s Kamil Semeniuk leading in the scorers’ rankings but only by a single point. Looking beyond the top 5 we can see 2 more players on 44 pts and 15 more players with 30+ points.

Civitanova’s Robertlandy Simon dominates the blockers’ standings with almost twice as many kill blocks than the following players and an incredible average of 1.36 set average. Outside of the top 5, no less than 14 players have managed 5 or more blocks at this stage of the competition.

Frenchman Jérémie Mouiel has been having a great individual season managing 44 receptions for AS Cannes Dragons. Behind him, Wegiel’s Celevenot and Popiwczak are not too far behind, while Semyshev and Plotnytskyi round up the top 5 best receivers.

Choose the best package for you and subscribe now to EuroVolley.TV