Defending champions, Lube start on the wrong foot in the quarterfinals

Grupa Azoty KĘDZIERZYN surprised the defending champions of Cucine Lube CIVITANOVA seizing a 3-1 victory in the first quarterfinals match between the teams. Both the Italian and the Polish side were performing well on attack during the whole match. On the serve, Lube were more successful with 11 aces; while on the block, Zaksa outclassed the Italians with 12 excellent actions. The next match between the team is taking place next Wednesday, March 3, in Poland.

“We made a very good first step. However, the experience, especially when the opponent team is Cucine Lube CIVITANOVA, says that next week we must be careful and go to play the second game starting totally from the scratch. About tonight’s performance - of course, I’m very satisfied with the job done by my guys. They are very good players, with great individual technical skills, and they showed it”. 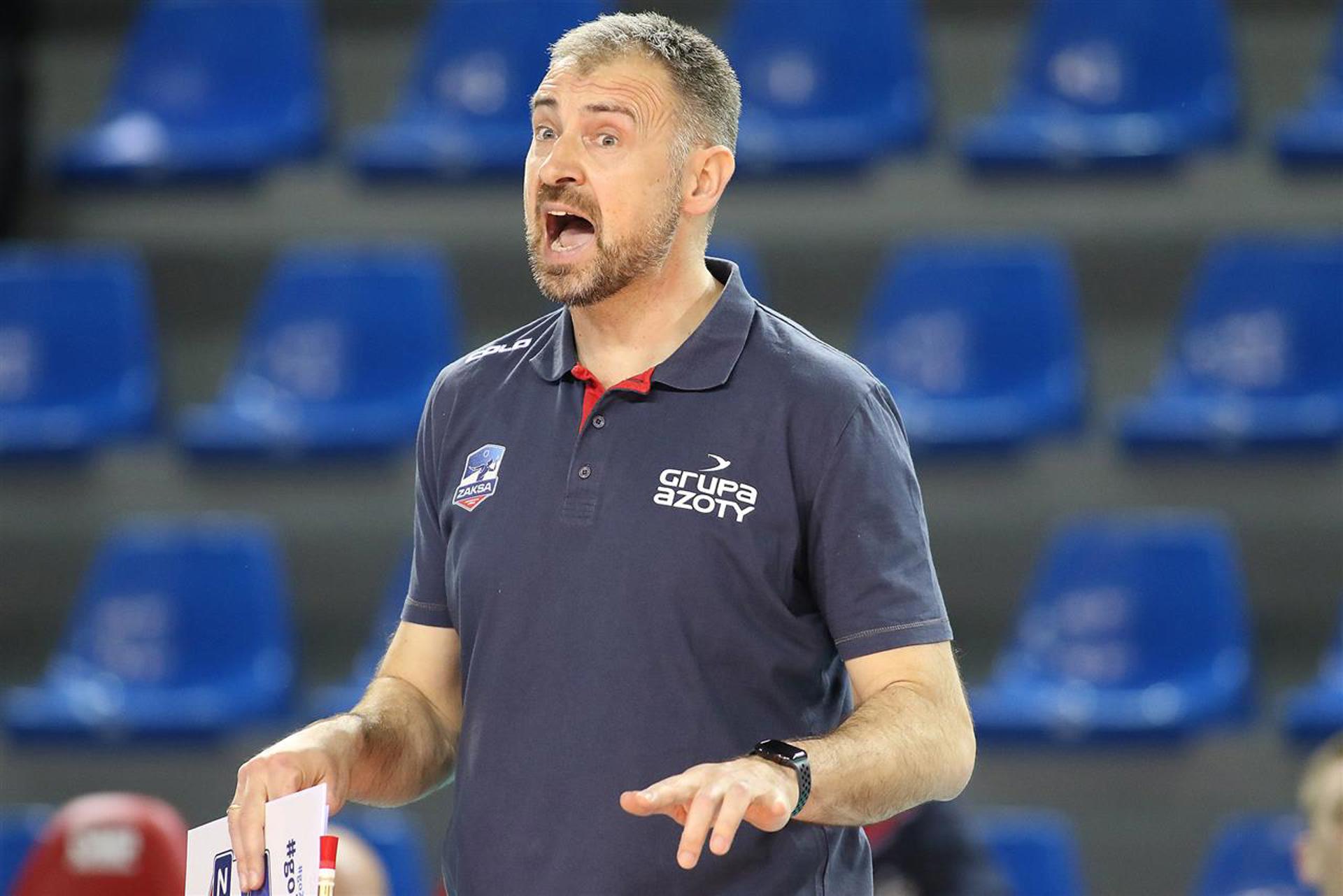 Nikola Grbic during the match

• Grupa Azoty started better in the match taking the lead at 6-1, but the hosts from CIVITANOVA got back on track and were able to tie the score at 8-8, after an ace by opposite Kamil Rychlicki. In the final point for a point battle, the guest team emerged victorious thanks to good job on the block by Kochanowski
• Lube played stormed out in the second set outclassing Zaksa in all the components. Yoandy Leal Hidalgo set the tone with his powerful spikes: 6 points with 80% efficiency in attack for the Brazil National team star.
• Better efficiency on the serve (2 aces) and winning on blocks (7) became the key to the success for the Polish team in the third set. In these moments, the head coach of the hosts, Ferdinando De Giorgi replaced Yoandy Leal with Marlon Yant. KĘDZIERZYN KOŹLE claimed then an easy win taking also the fourth set.
• Kamil Semeniuk was named MVP and became also Best Scorer of the match recording 21 points (14/24 killed attacks). Kaczamarek added 15 for the Polish team, while Kamil Rychlicki was the Top Scorer for Lube with 17 points to his name.
• This was the first victory of Grupa Azoty KĘDZIERZYN KOŹLE against Cucine Lube CIVITANOVA out of 4 Champions League matches. 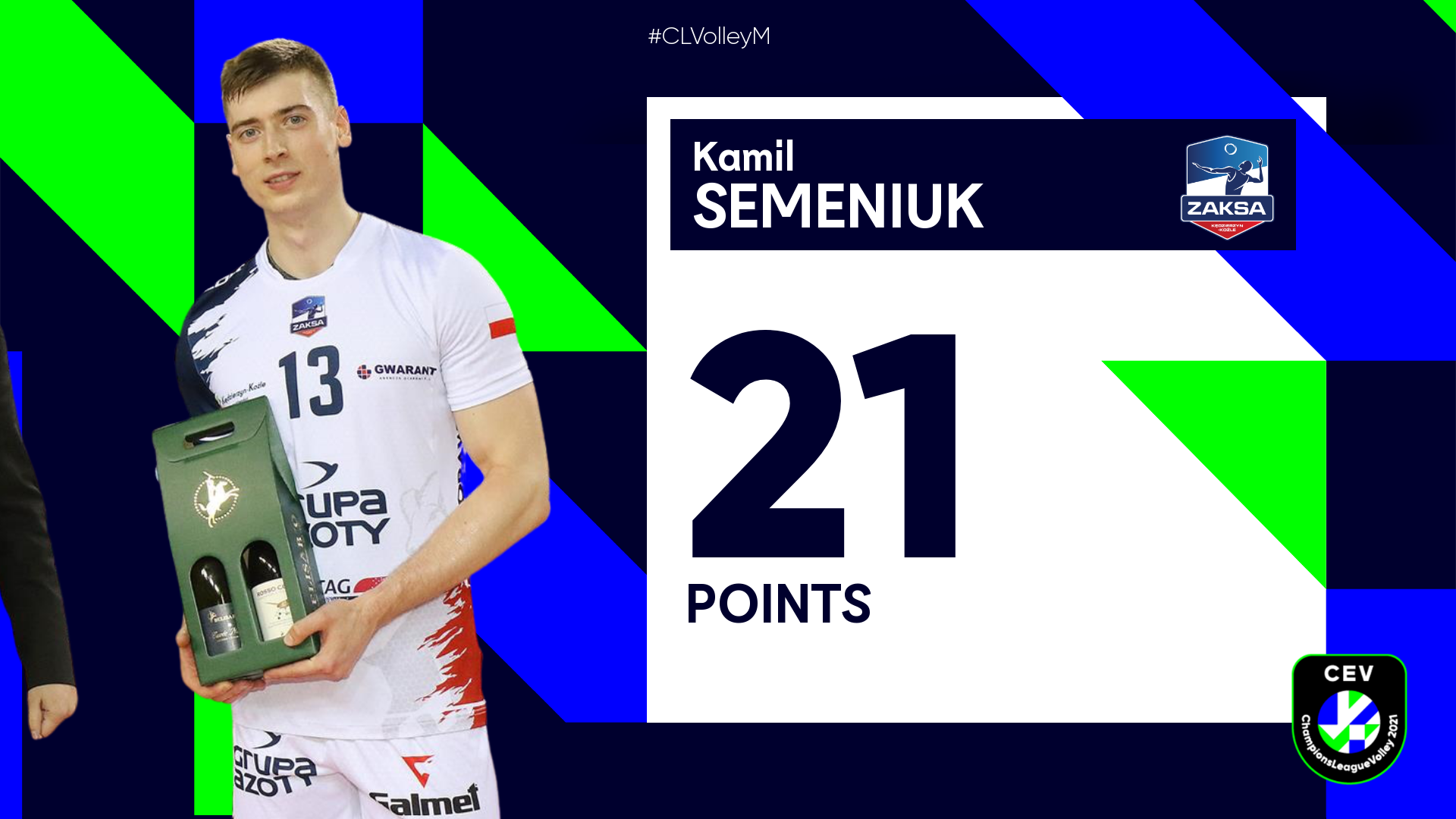 “The Polish team deserved their victory tonight. They delivered great volleyball, especially with on the serve and blocking. It will be difficult next week in Poland as we’ll have to win 2 games in once, but we must be absolutely confident. There is still an opportunity to proceed ahead”.