If volleyball was to introduce un ultra marathon version of the match, the semifinal run between Kędzierzyn Koźle and Zenit Kazan would have been the prime example of that! Both teams delivered one of the most emotional rivalries in the history of the competition, going through two tie-break games and a Golden Set! Just like Zaksa did back in the first match, Kazan came back from behind to win the five-setter, defending several match points of the hosting team. But the Polish side are rather seasoned in the art of difficult games and Golden Sets, as the team won the final set raching the Super Final of the Champions League.

Kazan began the game with a small advantage at 3-6 after putting a triple block against Zaksa’s Kamil Semeniuk. The hosts tried a few attempts to even the score, but then Kazan went 5-9, coach Nikola Grbic called a time out for the Polish side. Kazan controlled this part of the match, confidently extending the gap to 8-14 after a spike from Earvin Ngapeth. The French outside spiker proved efficient in block as he and Artem Volvich scored two points in that element in a short space of time. Kędzierzyn Koźle continued to try and find their way back in this set, with Łukasz Kaczmarek showing signs of good serving form at 12-19. His teammates did not show the same abilities, as few serving errors allowed Kazan to edge closer to winning this set at 16-23. The first set point came with an ace serve from Alexander Butko and Kazan took the set at 17-25, when David Smith missed a chance to score from an overpass.

Kędzierzyn Koźle picked up the pace in the second set, making it more difficult for Kazan to score and hosts enjoyed their first lead at 4-3. Their good form continues as they increase the advantage to 11-7 with a great spike from Aleksander Śliwka. Coach Vladimir Alekno is forced to call a time out, when the scoreboard shows 15-9 for the hosts. Smith, who proves more effective in this set extends the gap to 19-11 with a spike and an ace serve. But a couple mistakes from Zaksa, put Kazan a bit closer at 22–15, showing that focus will be a key for whoever will be victorious in this match. The first set point for Kędzierzyn Koźle came at 24-15, when the hosts block Ngapeth and Kaczmarek finishes the set with a spike at 25-16, making it level between the teams.

Similarly to the second set, both teams began point by point, but Zaksa soon achieved another advantage as Smith scored another ace at 8-5. A monster block on Ngapeth by Kaczmarek allows the hosts to keep a safe gap at 11-7 and Alekno calls a time out when the scoreboard showed 12-7. The break did not seem to distract the hosts who went 16-9 ahead, but Kazan did not lose their patience as slowly they crept back in, decreasing the gap to 19-16, forcing Zaksa to call a time out. Temporary distraction seemed to be over as Kędzierzyn Koźle jumped back to a 23-18 and the first set point Fedor Voronkov spikes long. The Polish side took the set at 25-21, taking the lead in the entire match.

“It’s a fantastic feeling. We did not give up again, although the Russians set the bar extremely high tonight. I am very happy.” 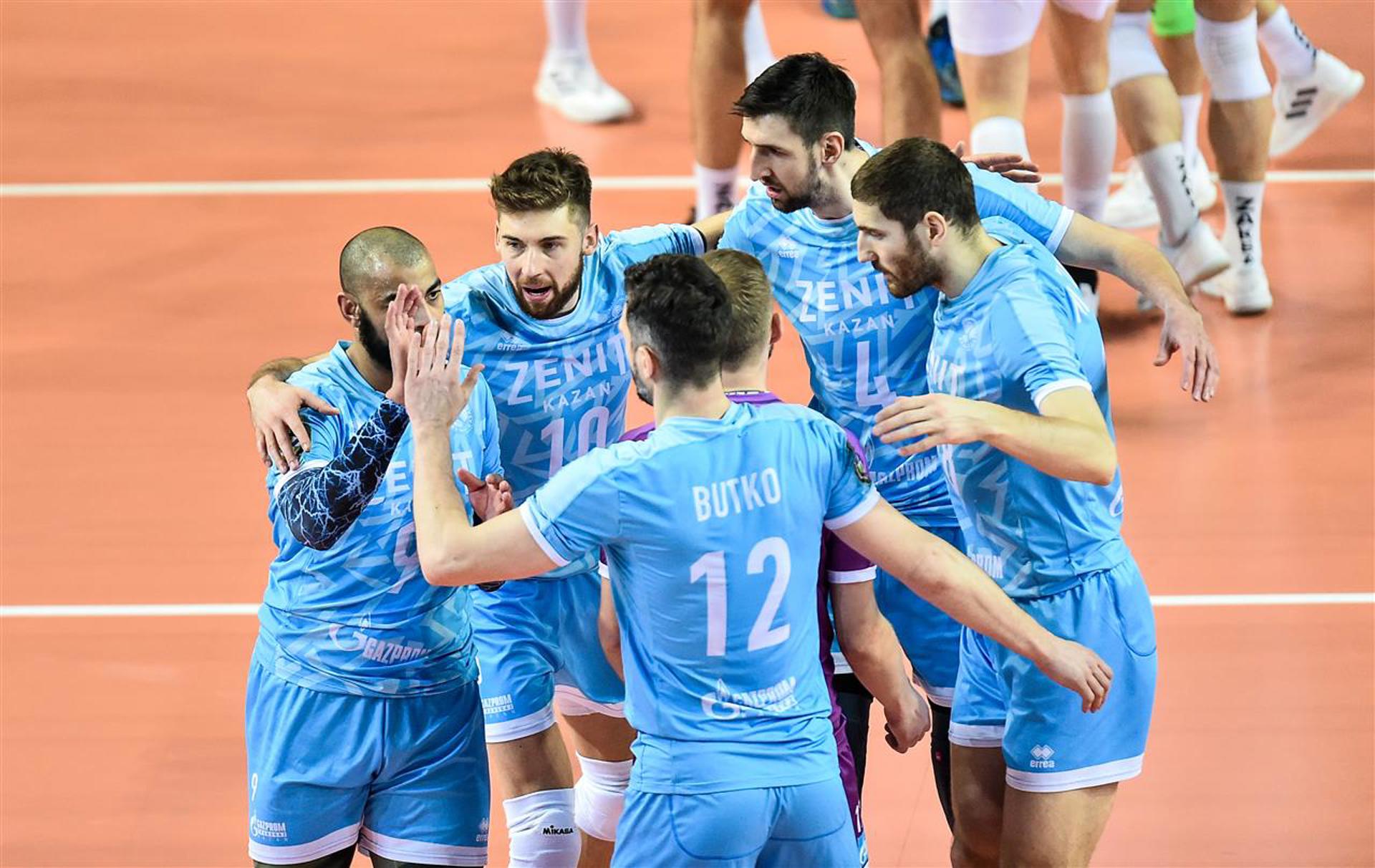 Emotions rise on both sides of the net - the hosts can seal the deal winning this set and entire match in four sets, while the Russians have to extend this match into a tie-breaker if they are still hoping to reach the Super Final. It came without surprise then that the beginning of this set was the most competitive yet, with teams going point by point by 10-10. The first significant lead came at 16-13 for Kędzierzyn Koźle when Semeniuk scores an ace for the hosts. The Polish side remain ahead, but Russians stick close behind at 19-18, when Śliwka makes an error. Kazan follow with two mistakes of their own from Butko and Maxim Mikhailov, allowing hosts to jump to 21-18. Nerves creep in on Zaksa’s side as well, when the new advantage melts into a 21-20, forcing Grbic to call a time out. The game resumed with an ace by Ngapeth to level the score at 21-21, two good actions - spike by Semeniuk and block from Smith and Kluth give Zaksa another lead at 23-21. The score goes level at 23-23 after a long spike by Semeniuk and Zaksa use their second time out. The first match point for the hosts comes with a double block from Smith and Semeniuk at 24-23, but Voronkov stops their chance with a single block on Kaczmarek. Mikhailov and Ngapeth keep Kazan’s chances alive with their respective spikes to even the score at 25-25, 26-26, 27-27, 28-28. The Russians get their first set point at 28-29 with an ace from Ngapeth and use their first chance, with a triple block on Semeniuk, to turn this match into a tie-breaker at 28-30.

Both teams started the tie-break, going back and forth until 5-5 when Zaksa go 7-5 ahead after a successful spike from Smith. Kazan jump back to level score at 8-8 with a block by Ngapeth, but Kędzierzyn Koźle responded right away - a spike by Smith followed by an ace from Semeniuk keep the hosts at 10-8. The Polish side remain two points ahead at 12-10, but call a time out when Mikhailov makes it 12-11 with another solid spike. Kazan continue the chase with the help of Mikhailov who’s spike and an ace make things level at 13-13. Semeniuk brings Zaksa the first match point in this set, but Mikhailov stands up to the challenge yet again. The second match point is wasted after a long rally that ended with a long hit by Semeniuk. Another long shot on Zaksa’s side, this time by Kaczmarek bring Kazan the first match point of the night, but the Polish opposite fixed his mistake in the following action, as the scoreboard shows 16-16. Nerves sneak over to the Russian side, with Ngapeth wasting Zenit’s second match points with a long spike. It is the team from Kazan, who made it out victorious out of this set at 18-20, keeping their chances alive with a Golden Set.

Golden Set
Zaksa go 6-4 ahead after a competitive beginning of the final set and push Alekno to call a time out at 7-4. The lead turn into a four-point gap, with Śliwka’s spikes at 9-5 and 11-7 for the Polish side, as the Golden Set slips away slowly from Kazan’s hands. Ngapeth gives his team a little push when his strong service allow Russians to score twice in block and melt the gap to 12-11. The first golden set point comes for Zaksa at 14-12, but Voronkov saves Russian chances with a spike. But Śliwka is the man who finally uses one of many chances of the Polish side as his spike ends the Golden Set at 15-13!

“We are inconsolable. The match was great. Until the very end, we believed that we would be able to reverse the fate of the meeting. The rival played brilliantly.”

“Great respect for my team. It is a huge success for all of us. I will probably not fall asleep for a long time today after such a match”