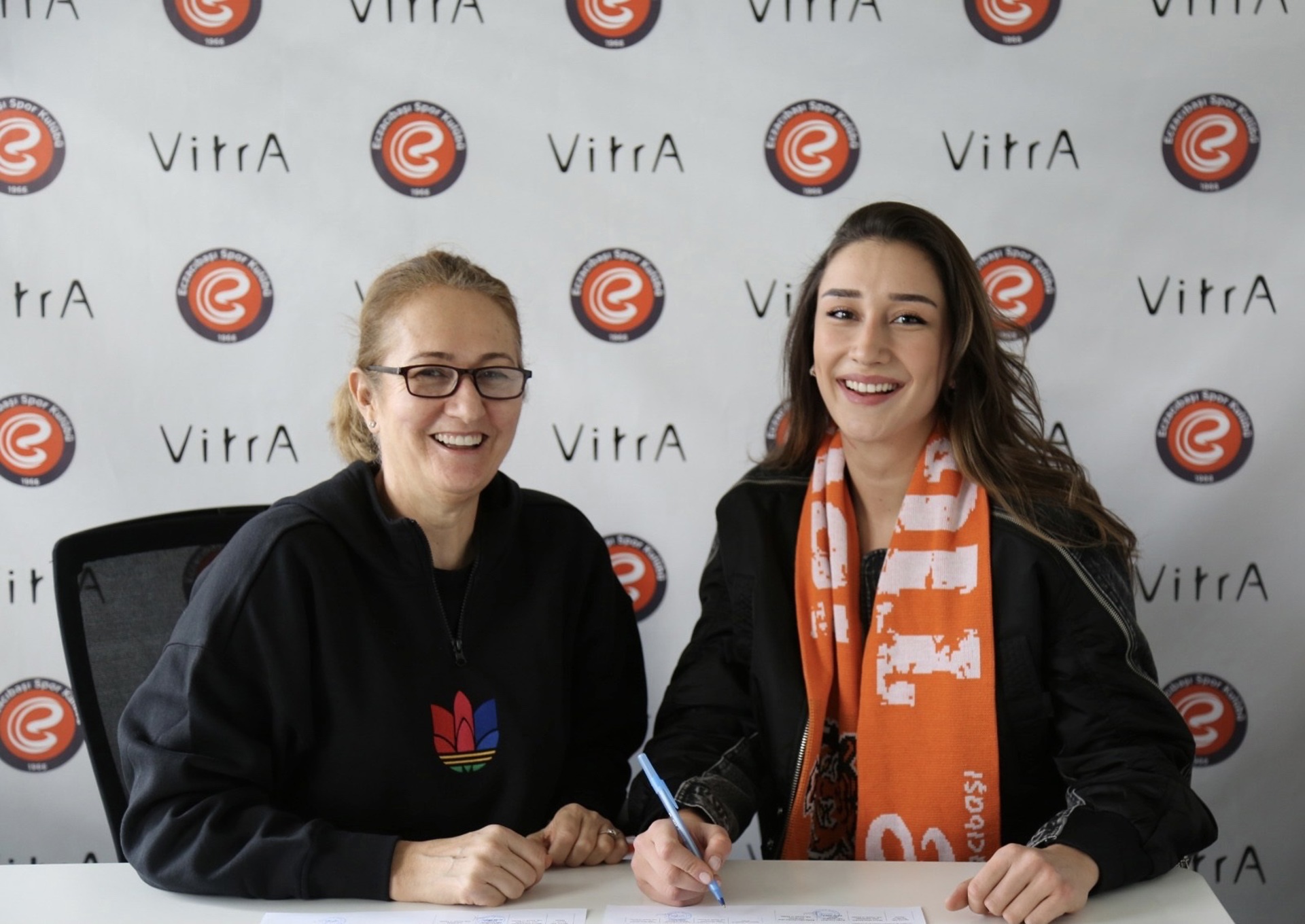 Eczacibasi VitrA ISTANBUL have announced the extension of the contract with outside hitter Hande Baladin (pictured) and middle blocker Beyza Arici.

Born in 1997, Baladin started her career at the Volleyball Academy run by Eczacibasi and has achieved outstanding results with the Tigers since her senior debut in the 2015-2016 season.

“Hande is one of the most valuable players raised in our Academy,” says Team Manager Nalan Ural. “Moreover, she has achieved success with the Turkish national team as well. We are happy about extending our contract with her. Hande is now spending her eleventh season with us. I believe we will achieve many more good results together in the future.”

Baladin started playing Volleyball in her hometown Izmir before moving to the Eczacibasi Academy at a young age. After joining the senior team in 2015, she spent some time at Galatasaray to gain experience and returned to Eczacibasi for the 2019-2020 season. With Eczacibasi, she won the FIVB Club World Championship title in 2016, silver from the same competition in 2019 and the CEV Cup title in 2018. She is a two-time EuroVolley medallist (silver in 2019 and bronze in 2017) with Team Turkey and an U23 world champion (in 2017). In January of 2020, she was among the players who helped Turkey secure their qualification for the Tokyo Olympics. 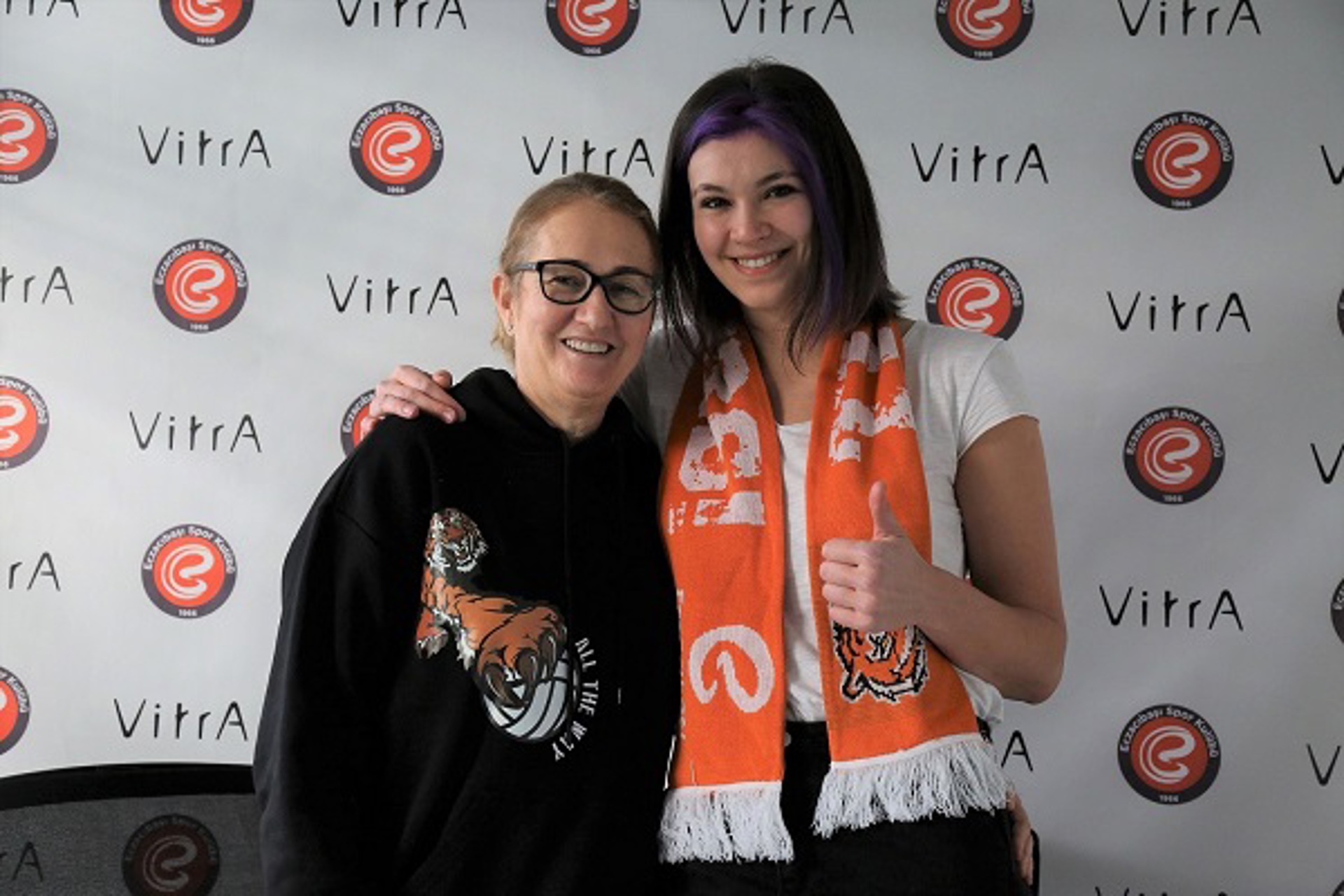 Middle blocker Beyza Arici, who has spent the last four seasons with Eczacibasi, has extended her contract with the Tigers as well. “I am glad I can continue to play for a club that has become like a second family to me in the past four years. I will continue to do my best for the team. Hopefully, we will have years full of titles and successes together.”

Together with Baladin, Arici became an U23 world champion in 2017. In the 2017-2018 season, she delivered a remarkable performance throughout her first year becoming the Best Middle Blocker in the Vestel Venus Sultans League and winning the CEV Cup. In the 2018-2019 season, she won the Turkish Super Cup, a bronze in the 2018 FIVB Club World Championship and the Turkish Cup title.

Playing her third season with Eczacibasi VitrA, Beyza opened the 2019-2020 season victoriously by winning the Turkish Super Cup. A few months later, she recorded an important achievement at the 2019 FIVB Club World Championship, where the team won the silver medal in Shaoxing, China. Playing for Team Turkey, she claimed silver from the 2018 FIVB Volleyball Nations League. Beyza won her third straight Turkish Champions Cup title in the early stages of the 2020-2021 season.

After sweeping six matches in a row in Pool D, Eczacibasi VitrA will soon resume their quest for glory in the CEV Champions League Volley 2021 playing Unet e-work BUSTO ARSIZIO of Italy for a spot in the semis.