Busto Arsizio secure the last spot in the semifinals

Unet e-work Busto Arsizio has secured their spot in the semifinals by defeating Eczacıbaşı VitrA 3-1 in the 2nd Leg of the quarterfinals. The Italian team came to Istanbul with a great advantage in their pockets as they won the 1st Leg at home 3-1. It’s the third time Busto Arsizio have reached the semifinals in as many participations in the competition.

Both teams pushed each other well in serving in the first set. With Elif Şahin scoring 2 aces at the beginning of the first set, the Tigers gained momentum against Unet e-work Busto Arsizio. While Busto Arsizio furthered their lead with the help of Alexa Gray and Camilla Mingardi, Eczacıbaşı VitrA’s five blocks weren’t enough the grab the first set which ended narrowly (25-23).

In the second set Eczacıbaşı VitrA used all chances to achieve a comeback. Hande Baladın, who was substituted in the second set scored some nice attacks. Fatma Yıldırım’s consecutive aces after 15-13 down were not enough to take the lead. Continuing her consistent performance in the second set, Alexa Gray led her team by 7 points with the Italian team’s captain Alessia Gennari scoring as many as 5 points. Winning the second set by 22-25, Unet e-work Busto Arsizio secured a spot in the semifinals before the end of the match.

Eczacıbaşı VitrA resisted well in the third set. The fourth set had some nice actions with Busto Arsizio finishing it in their favor by 28-26 and finishing the match in four sets. Today’s Most Valuable Player of the Match is Jovana Stevanovic who scored 13 points in total. The Tigers scored 13 blocks in total. 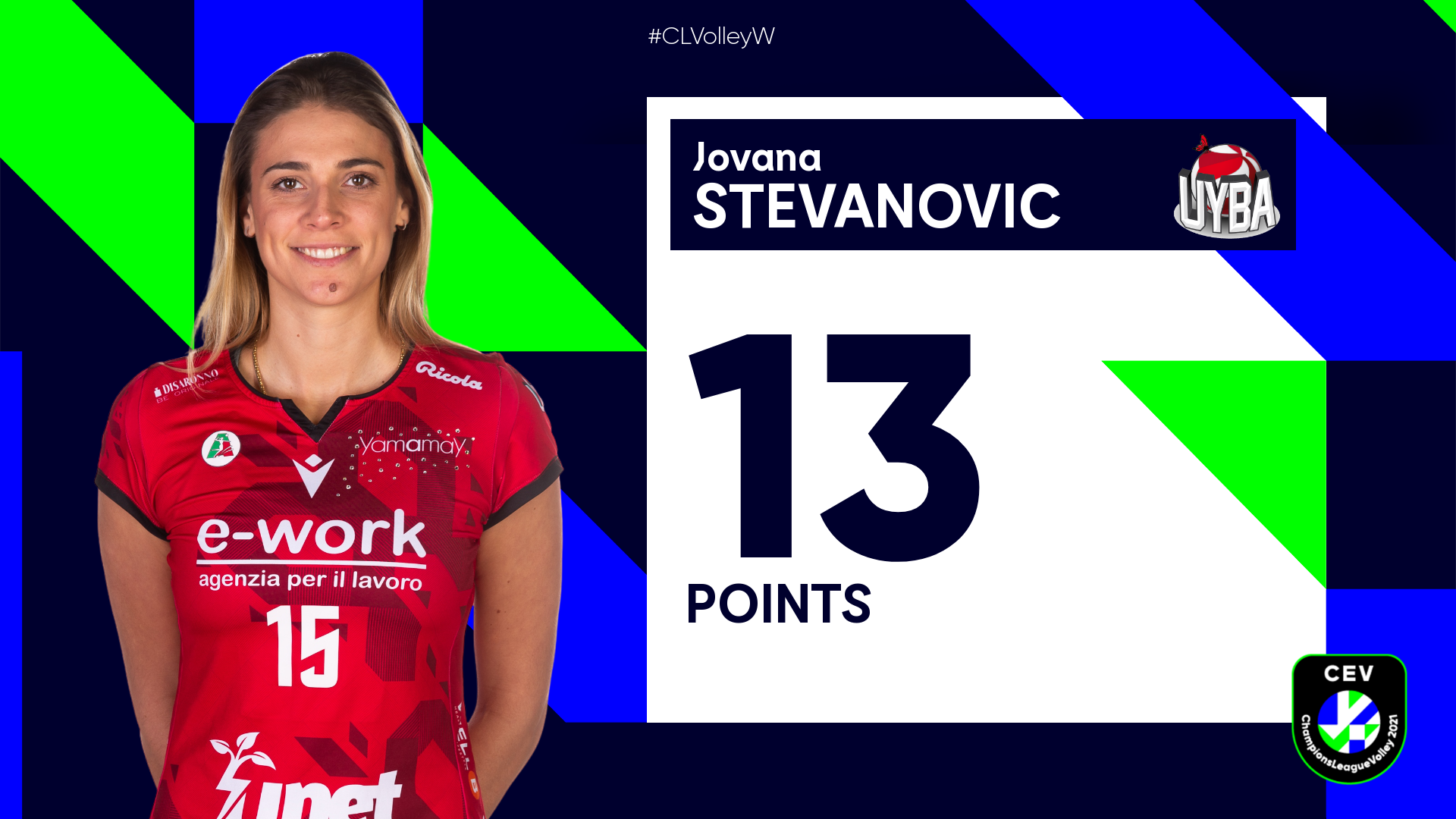