On Wednesday night, all eyes of Volleyball fans were set on the first leg of semifinals in the CEV Champions League Volley - Women. VakifBank ISTANBUL and Unet e-work BUSTO ARSIZIO entered the Volleyball stage as first that evening, delivering a truly thrilling show at Vakifbank Spor Sarayi ISTANBUL. Their first match-up turned into a real roller-coaster. The hosts dominated on court in first two sets and once most expected them to easily finish the business, Unet e-work BUSTO ARSIZIO reborn with Alexa Gray and Camilla Mingardi leading their team to spectacular win. The Italian Butterflies got in some troubles in tie-break as after leading 8-4, they lost four points in a row, but they made no mistake having match point showing nerves of steel. The decisive away match that will determine who will play in the #SuperFinals in Verona is scheduled on Wednesday, March 24 at 18:00 (CET) at e-work Arena BUSTO ARSIZIO.

Unet e-work BUSTO ARSIZIO enjoyed a great opening taking a 5-1 lead. It was a cold shower for VakifBank ISTANBUL who quickly started to chase the score. With great team efforts they tied already at 7-7 and stepped up front with two-point advantage that they kept through the most part of the set. Isabelle Haak was spreading her wings, impressing in attack (9 points in the opener). The Italian team tried to keep pace with the hosts, but playing under pression they committed too many mistakes in the decisive part. Giovanni Guidetti's squad improved the score, closing the set with Bartsch-Hackley spike.

VakifBank opened the next part in very emphatic way taking 6-1 lead and controlling the game. Dominating on the court the hosts played more combinations fully enjoying the game, once Busto Arsizio were not able to find their rhythm.

Third set started as much more competitive. Busto Arsizio earned two-point advantage at 9-7. The Italian Butterflies were not thinking about giving up, improving their lead further to 14-11. Camilla Mingardi was the strongest point of the away team. Tremendous work of VakifBank in block let them tie at 17-17. But once again the Italians showed their character jumping to 22-19 and then to 24-20, to close this part with Alexa Gray's spike.

Unet e-work BUSTO ARSIZIO kept the momentum starting the fourth part with 8-4 lead. Giovanni Guidetti responded with changing setter to Cansu Özbay. Although, it surprised the opponent still was enough to change the score as Busto stayed ahead with five-point advantage that they improved further in decisive part to 23-13. The Italians were unstoppable taking this part after ace served by Camilla Mingardi.

Even if tie-break started with powerful spike from Isabelle Haak, it was the Italian team playing much more confident taking a 8-4 lead. After switching sides, the hosts scored four points in a row. A point-by-point race started. the first match point came for team from Busto Arsizio and after the epic and super long rally, Isabelle Haak spike's went in out and the Italian Butterflies started their dance of joy.

- VakifBank Istanbul enjoyed 82% of positive receptions in the first set, with Unet e-work Busto Arsizio having only 32%.
- Michelle Bartsch-Hackley impressed with her performance in set 2 - 6 points, including one block and one ace and 80% of positive receptions.
- Alexa Gray was unstoppable in the third set - 7 kills and 100% of success in attack, her spike gave her team a set win, too. Camilla Mingardi was her great support scoring 7 points, too.
- Busto enjoyed block party in 4th set scoring 4 points in this skill and adding 3 aces to that.
- MVP award went to Alexa Gray, who in total contributed with 22 points. Her stats included 20 kills, 2 blocks, 47% of efficiency in spike and 41% of positive receptions.
- Match-high for Isabelle Haak - 27 points.

“I think first two sets, we have a little bit of nervous. After we got those out of the way, we started to settle in. We started to play the game as we normally play. We made some changes and it really helped us to have the energy and play consistently.”

"I think Busto Arsizio is really great team. They are playing really great matches all the time in Italian League. They are used to putting out a fight. I think we should have expected that more. I think we have a lot to work. Next week will be very important for us. We are always training very well, we just need to trust our training as well.” 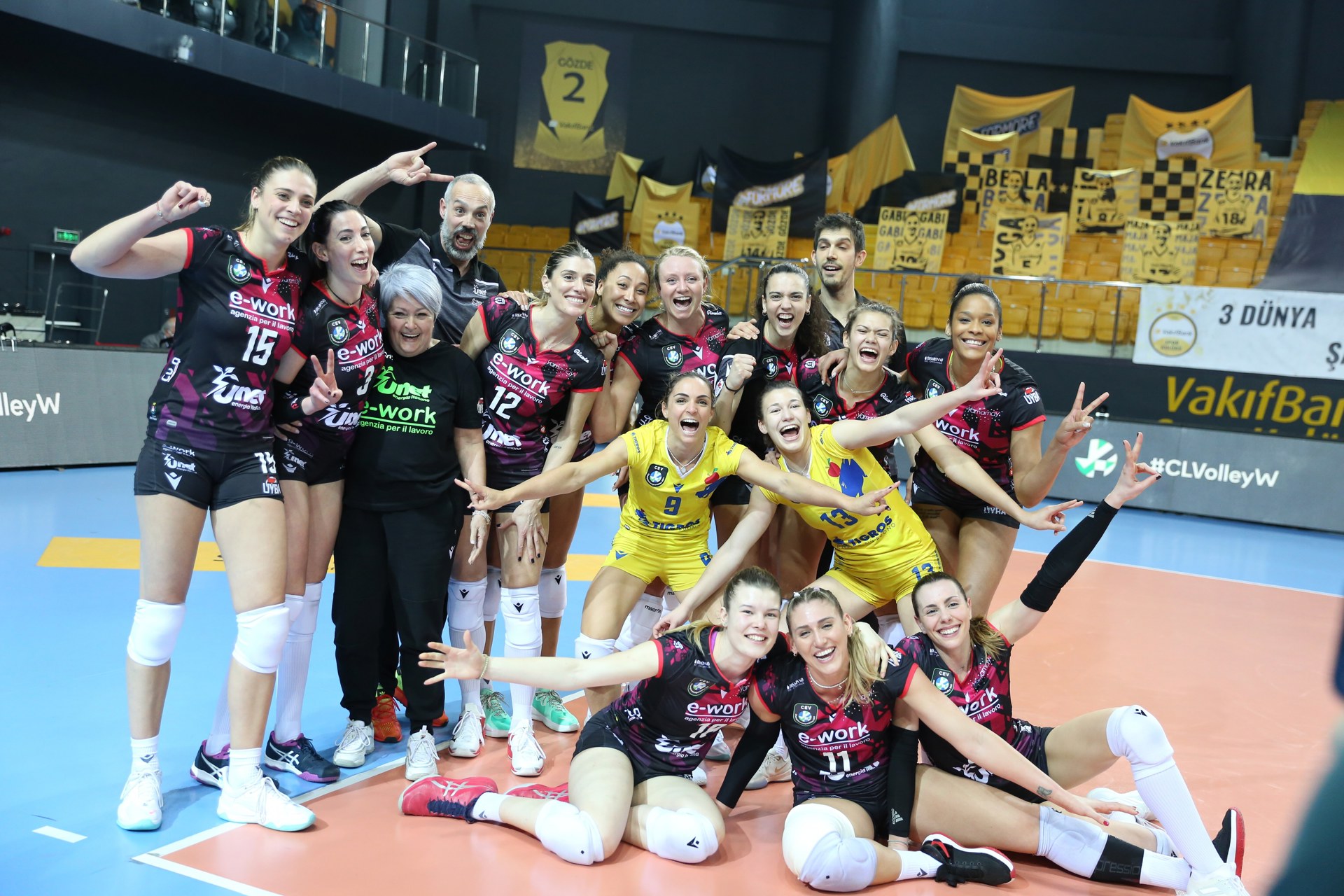