The reigning club world champions A. Carraro Imoco Conegliano continiue with their successful campaign in Europe’s elite competition as on Wednesday emerged victorious from a five-set thriller in their first quarterfinal match vs Savino Del Bene Scandicci. In a match that lasted 145 minutes, volleyball fans watching online, could enjoy some world-class actions, long rallies and lots of fighting spirit shown by both sides. The Black Panthers, however, remained more concentrated and led by top star Paola Egonu emerged victorious.

“We didn't play our best game today, we were struggling a bit. They were very good and put us under pressure. We told ourselves to try to win it anyway and we did it. This means that we are really a great team and that our hard work in the gym pays off. However, we need to improve as have seen that we need to further develop.”

• SCANDICCI started better off on attack and emerged victorious thanks to 16 successful actions in this component.
• CONEGLIANO entered more concentrated in the second set and kept the intrigue alive. Thanks to outstanding performance on the court, both teams delivered great spectacle in the end of this part breathing down each others’ necks. The Panthers, however, could close this part in their favour.
• SCANDICCI didn’t lose their hopes, and highly motivated continued on spiking hard in the third set. Imoco found their rhythm on the block in these moments, but this wasn’t enough in the cat-and-mouse game in the third set.
• Top scorer Paola Egonu was on fire in the last minutes of the fourth set, and with successful attacks helped her team bring the match into tiebreak.
• The tiebreak unfolded the same way as the previous fourth sets – none of the teams were giving in, and put their all in the battle. CONEGLIANO were more precise in the decisive moments and congratulated themselves with the eventual victory.
• Paola Egonu became MVP of the match, recording the outstanding 38 points, while Magdalena Stysiak scored 28 points for Savino Del Bene (2 aces).
• CONEGLIANO won the block battle with 21 successful actions on this component, compared to 10 of their opponents.
• This is the first time this season when the powerhouse of CONEGLIANO lose two sets, but their 50th victory in a row. 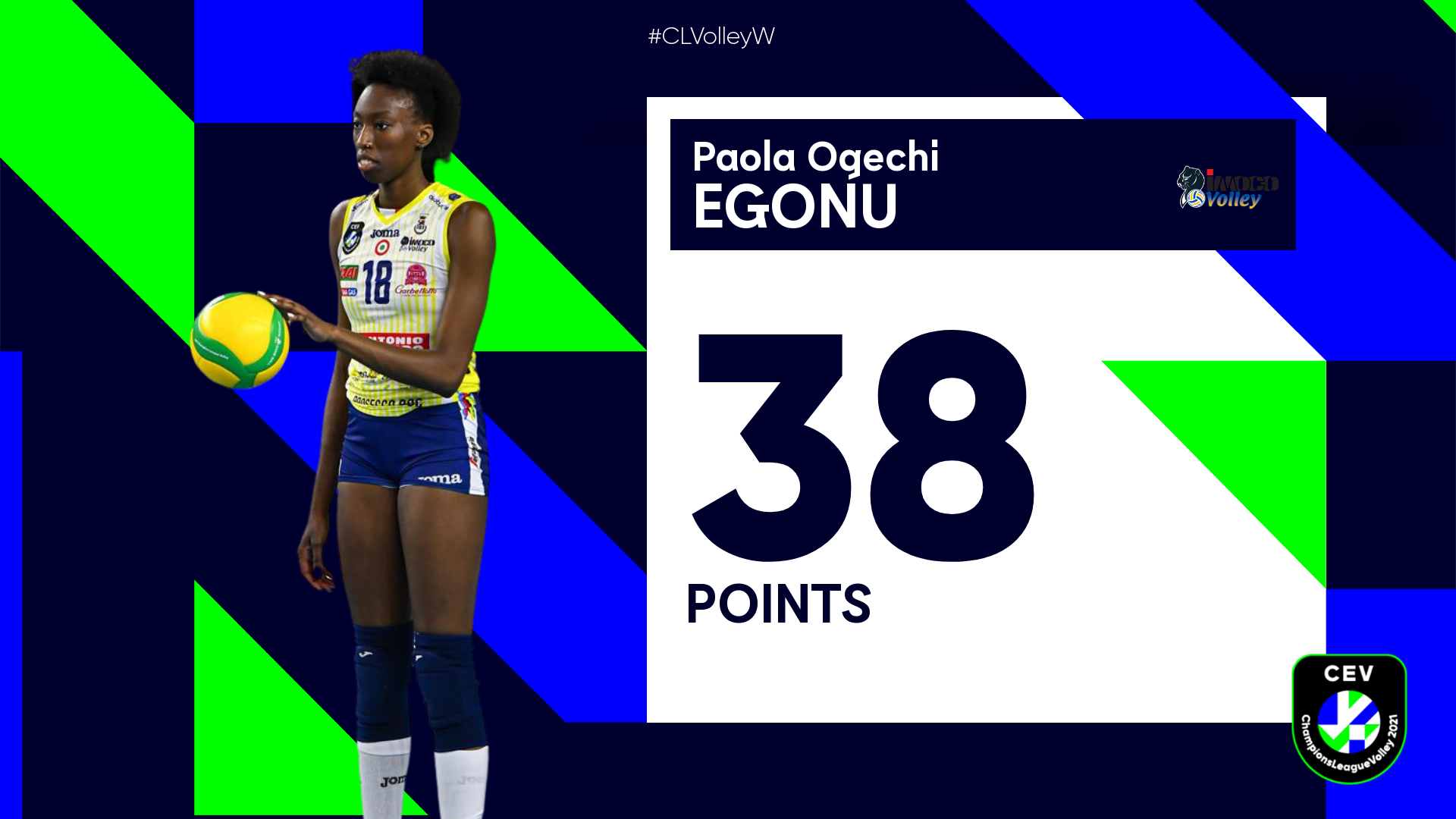 “I think we played one of the best games this year so far. CONEGLIANO hadn't gone to the tie break for quite some time now. We have to look at the positive things, although we have lost the match. We showed great game, fought for each ball and we deserved to win”