Excellent start for VakifBank in the quarterfinals stage

VakifBank Istanbul turned out to be too strong for the Polish Grupa Azoty Chemik POLICE, as in the first quarterfinal match between both teams, the Turks outclassed the home team at 3-0. Performing better in all the components, the players coached by Giovanni Guidetti, took full control of the action on the court from the very beginning, and didn’t let any chances to their opponents. Maja Ognjenovic and her teammates needed only 69 minutes to grab the win, showing excellent play in reception (62%), too. The rematch is taking place next March 4.

We had some tied matches recently, and emerging victorious out of them, helped us building up on our confidence. We are doing pretty well. We spent the last 4 days preparing only for this match and entered the court in a very good shape. Our tactic was pretty easy and clear, and we could apply it.

• The Turkish powerhouse started much better in the first minutes of the match, taking a comfortable lead by 10 points (15-5). Chemik tried to get back on track and even though showed some will to perform better, still too many unforced errors in the different components affected their game. Isabelle Haak was topping the charts in these moments, recording 6 points for VakifBank. The Turkish finished the first set with 4 aces and 3 successful actions on block.
• The hosts from POLICE entered slightly more concentrated in the second set and it seemed that we were about to see some cat-and-mouse game. But this was only in the beginning of the set. With the set unfolding, the Turkish team took the lead and closed it comfortably at 25-15. VakifBank recorded 5 blocks in this part, with middle blocker Zehra GÜNEŞ shining in these moments.
• Chemik imporved slightly on block in the third set, but this wasn’t enough, as the team from Instanbul pushed hard on the spiking and deservedly closed in their favour.
• Zehra GÜNEŞ was named MVP of the match, having recorded 5 blocks and 9 winning spikes.
• Isabelle Haak of VakifBank became Top Scorer with her 16 points. For the hosts from POLICE, the home star Jovana Brakocevic scored successfully 12 times.
• VakifBank finish with 48% efficiency on attack. 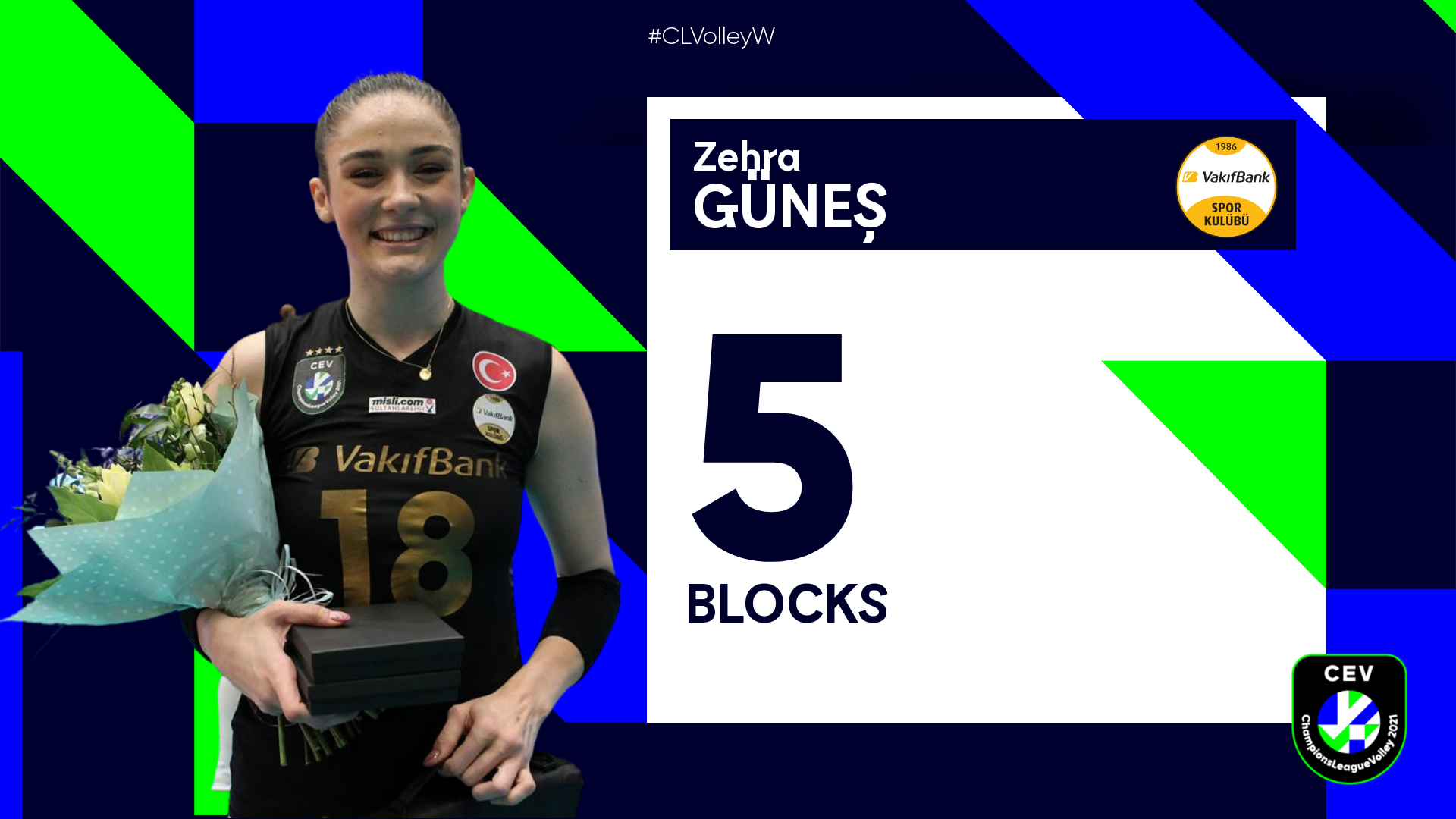 We should have expected that VakifBank will enter in the match this confident . They are one of the best teams in the world, and they wouldn’t have been it, if they weren’t confindent. I am just a little disappointed because we couldn’t react, we should have showed more aggressive play. We were passive, looking at what they were doing, instead of pushing ourselves. Whatever the result in the next match, I hope that we will try to play our game.