The CEV Champions League Volley 2022 journey of UVC Holding GRAZ ended on Thursday night at Raiffeisen Sportpark where, despite the support of their fans, the Schlossbergboys lost also the re-match with Rieker UJS KOMARNO of Slovakia after their 0-3 defeat away from home last week. 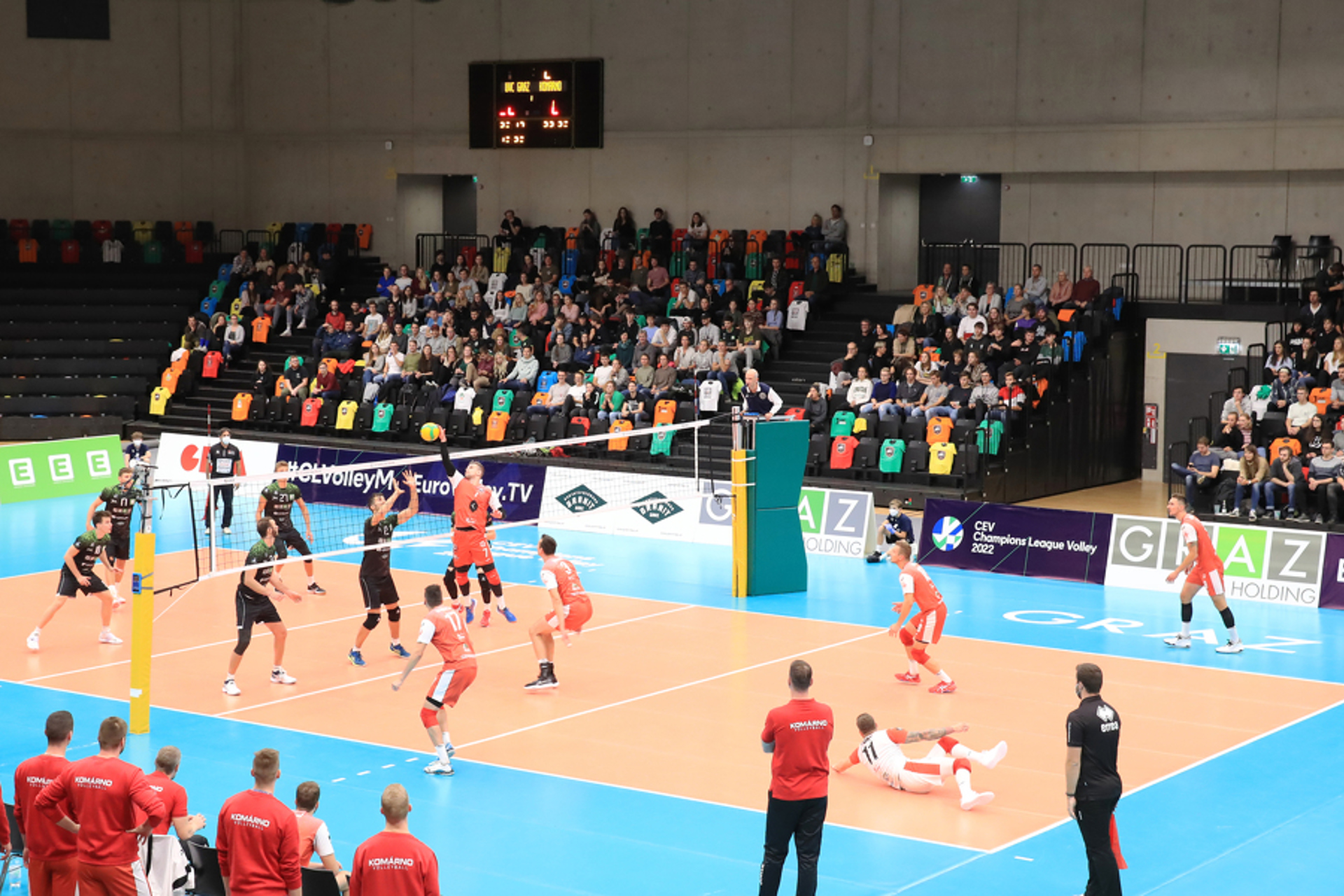 The hosts started motivated and followed the instructions of their head coach Robert Koch. Thus, the Murstädter were able to use the home advantage and sovereignly decide the first set for themselves (25-17).

In the second set, they were able to maintain the same rhythm and keep the game open for a long time. In the decisive moments, however, luck was not on the side of UVC Holding GRAZ, as the national champions of Slovakia claimed the set by a margin of two points only.

Despite some good actions from the home team, Rieker UJS KOMARNO had the better start in sets three and four. The hosts had to chase their opponents, which was not only exhausting but also a big challenge – and GRAZ eventually lost the match 1-3.

Nevertheless, the players of UVC Holding GRAZ can build on the good performance they showed - they have to continue to work on themselves in order to be able to deliver the same performance of the first two sets over the entire length in the next matches.

“Too bad, we really would have had a chance today. Unfortunately, we could not keep the level of the first two sets. From the third on, we ran out of fuel.” 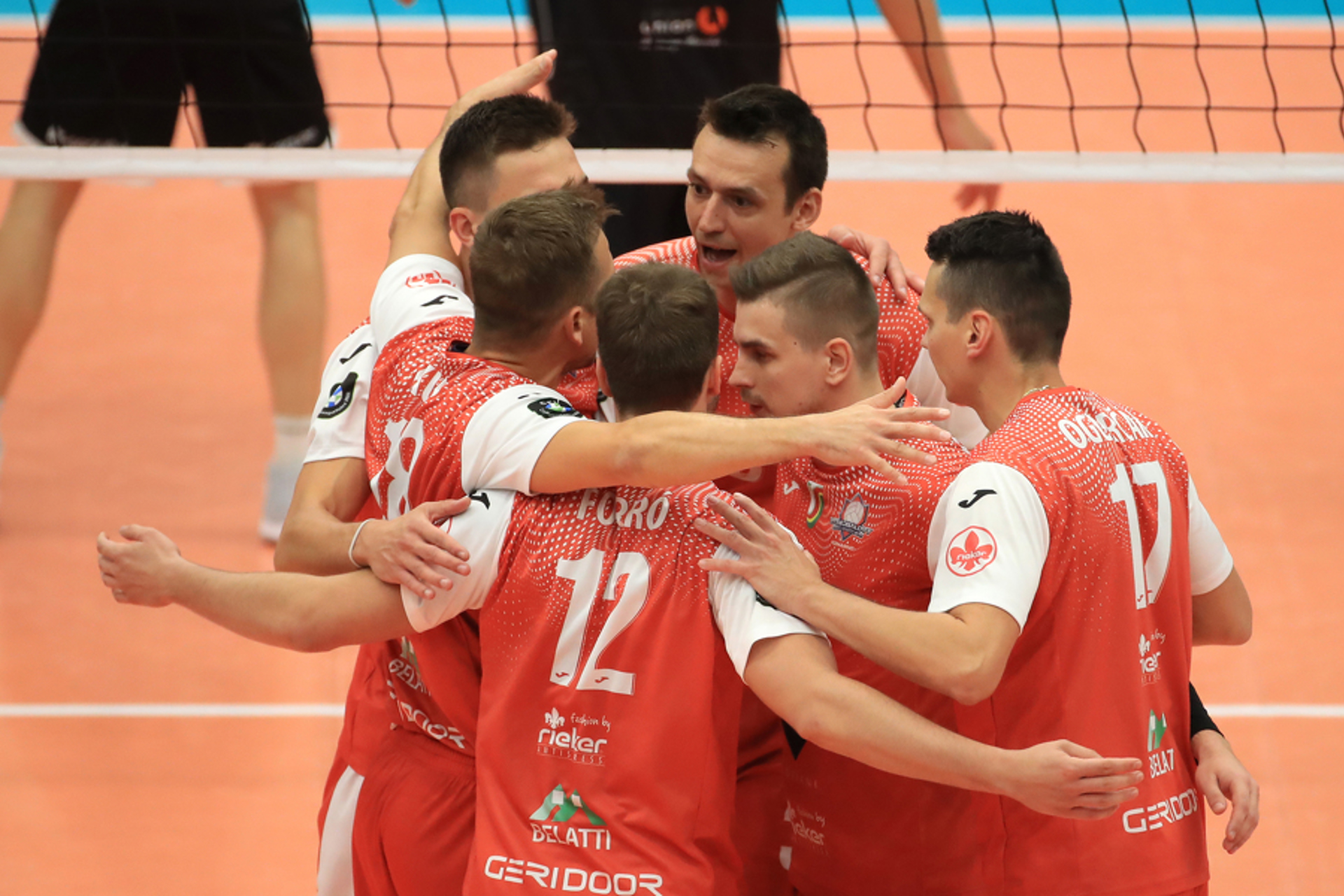 The players of Rieker UJS KOMARNO celebrate their away victory