The #CLVolleyW quarterfinals kicked off with more than a game to remember between the teams of Developres RZESZÓW upset VakifBank ISTANBUL. The fixture that lasted exactly 127 minutes was full of many emotions and turnarounds, but eventually, the 2021 runners-up and four-times winners of the competition, the Turkish powerhouse of VakifBank Istanbul suffered a 2-3 defeat from the inspired Polish team of Developres RZESZÓW. In their first ever appearance in this phase of the competition, the team around head coach Stéphane Antiga showed great fighting mentality, and despite being called “the underdogs”, claimed the important victory. 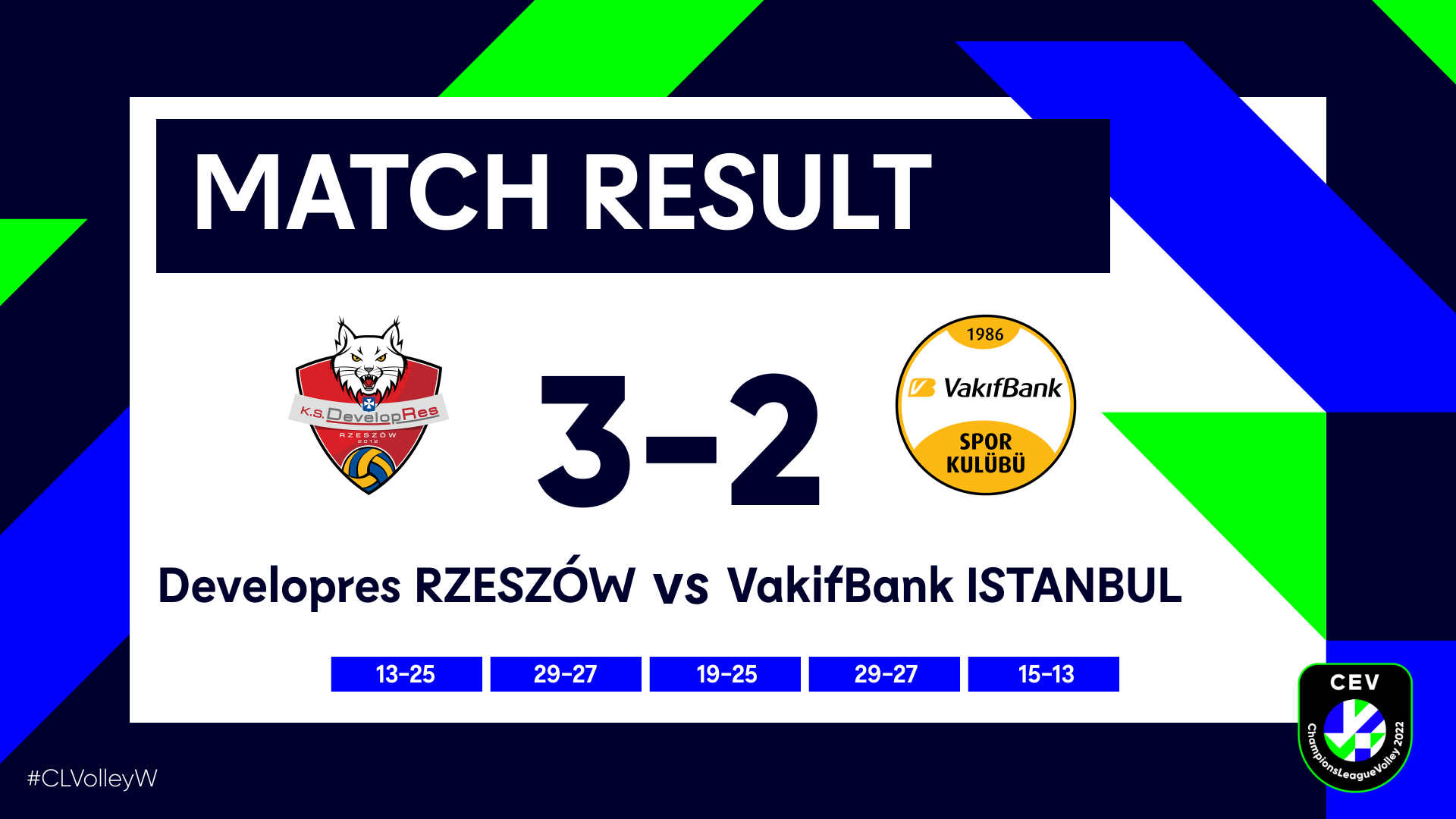 Overall, VakifBank outclassed their opponents on all count (76 to 60 winning spikes; 16 to 11 kill blocks; five to three aces), but paid a heavy price for their own mistakes (26 to 17).

As many as 31 points by top scorer Isabelle Haak weren’t enough for the team of Istanbul to secure the win, Gaby added 26. For the winners, Kara Bajema scored 20, but her teammate - Anna Stencel, was named MVP with 17 points and 59% exc.in attack.

The away match between the teams is scheduled for March 16. 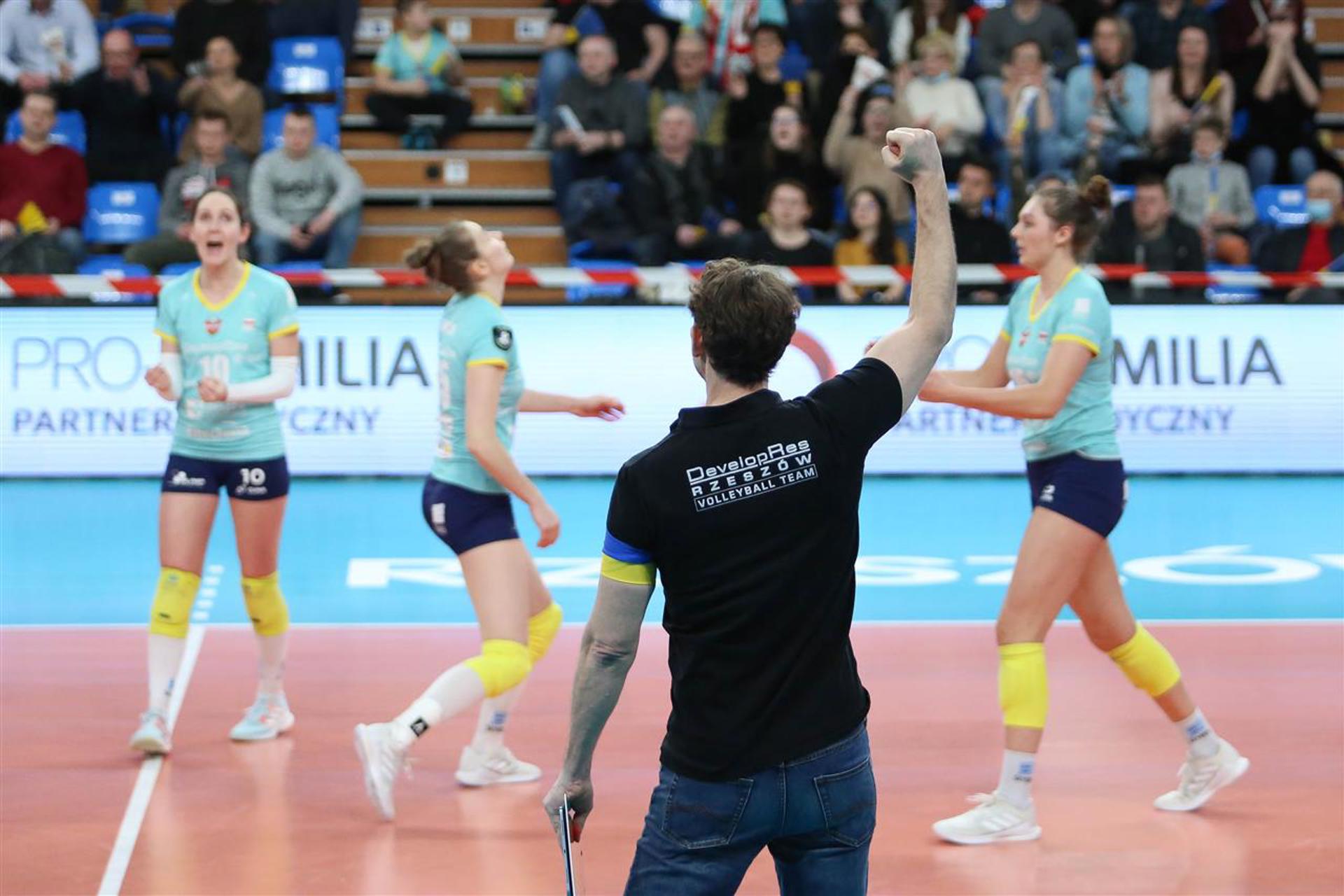 - Best Opposite of the World Club Championship, Isabelle Haak got the ball rolling in the first set. The teams went head-to-head only in the beginning, as with a spike by Gabriela Guimaraes and an ace by Chiaka Ogobogu, the guests were able to start building a comfortable point difference. Speeding up, VakifBank finished in the first set with 12 winning spikes, 5 kill blocks and 3 aces. Gaby with 7 points and Michelle Bartsch-Hackley (6) were top scorers in this part.

- The hosts entered better in the second set (9-6), and they kept the leadership position for most of the time. However, the Turkish players were able to put a pressure. Led by Bartsch-Hackley and Chiaka, VakifBank even had four set points, but Developres showed nerves of steel, eventually tying the set score.

- It was a close call in the beginning of the third set (8-8), but the guests were able to establish their rhythm of play in the attacking, and finishing with as many as 15 winning spikes, got closer to the victory. However, in the fourth set, the game went again point-for-point. Although VakifBank seemed to be closer to claiming the victory, the hosts saved two matchpoints to eventually turn things around and bring the match into a tiebreak, where with a great fighting spirit, were able to seize the victory.

“We knew we were the underdogs, but we didn't want anybody to underestimate us. I am proud of my team, we never gave up. Of course, VakifBank are a great team. Next week, they will play at home, but we have to play our game and execute our plan.”