The two big contenders of Pool B in the Men’s CEV Champions League 2022 were facing each other this evening in Ankara.

On the Turkey side, Ziraat Bankasi ANKARA is the second team after Halkbank in the Efeler Ligi.

The two big contenders of Pool B in the Men’s CEV Champions League 2022 were facing each other this evening on Turkish home soil. Turkey started serving, and then suddenly Russia scored the first point with Podlesnykh spiking. After a complex reception battle, Dinamo MOSCOW scored 2-0 with an ace of Likhoshertov.

A big rally with some defensive play from Turkey happened on the court, but Russia scored the 4th point. Turkey’s comeback enabled the home team to achieve one more point, and a significant spike by Ter Maat Wouter led Ziraat Bankasi ANKARA 3-5. The battle continued until Pavel Pankhov made a mistake: net 6-8.

Dinamo Moscow quickly reached the double digit with an ace by Bogdan.

Fired up by the home fans, Turkey began to battle, but a block by the Russian team confirmed who was leading the match.

A double block by Dinamo MOSCOW led the situation to 8-12, which pushed coach Santilli to call for a time-out. 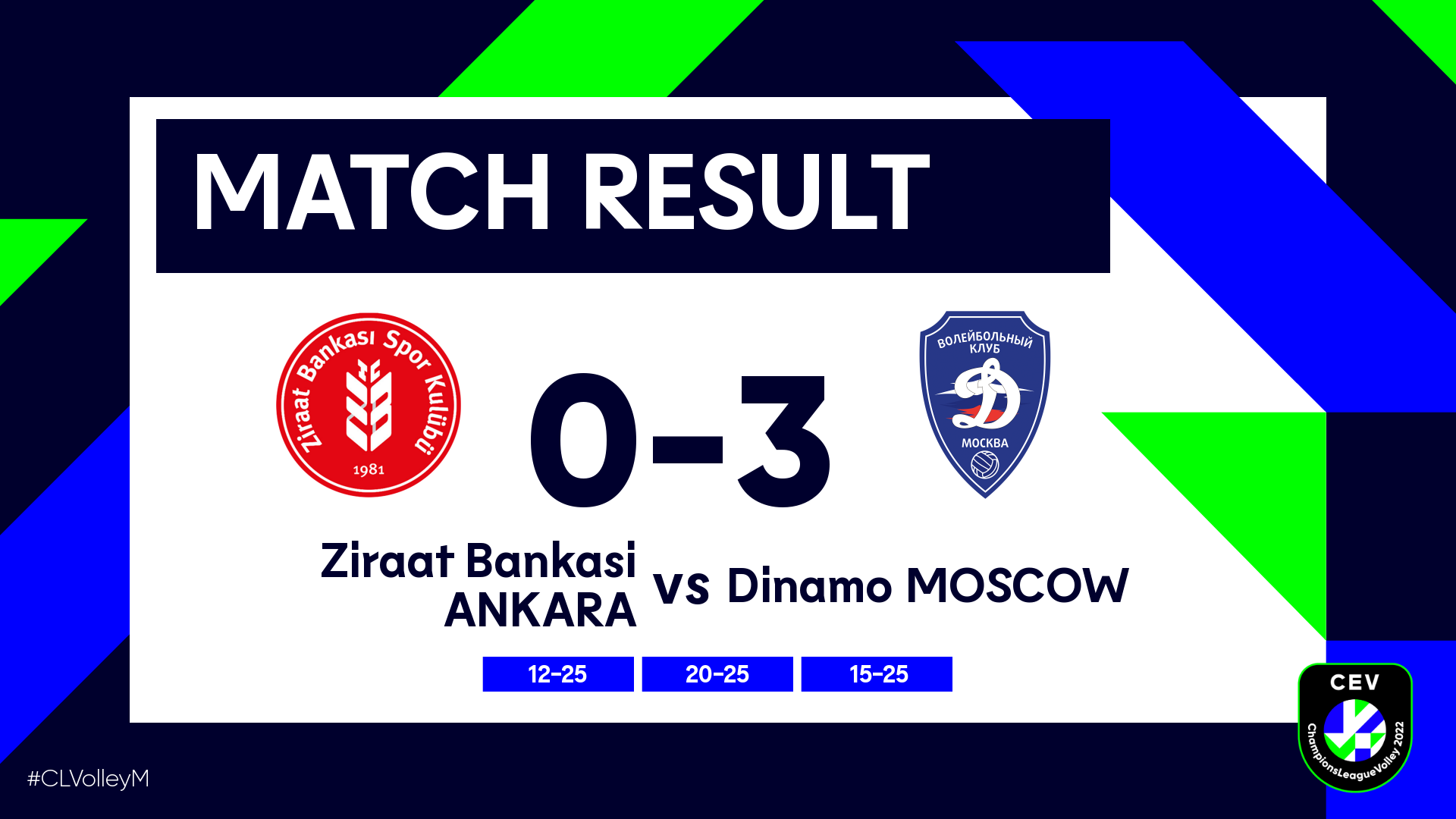 The result of the match

The third set suddenly started with a challenge; then the two teams played a pretty cat-and-mouse game (3-5, 3-7) again until Dinamo MOSCOW reached the double digits again 6-11 Santilli called for a time out.

Then Dinamo MOSCOW escaped to the opponents (15-23), defeating Ziraat Bankasi ANKARA on its home soil.

Dinamo Moscow proved to be better especially in attack, with 49 winning spikes, while Ziraat Bankasi ANKARA.

Two winning spikes and a great play were enough to name Dinamo's player Pavel Pankov as MVP of the match. Pavel Pankov is the MPV of the match