The Drawing of Lots for the 2022 edition of the European Cups took place today in the iconic European Broadcasting Centre in Luxembourg City, involving teams participating in the early rounds of the elite CEV Champions League Volley as well as those contesting the CEV Cup and Challenge Cup.

After a testing and difficult season, the 2022 European Cups season is witnessing a record-breaking number of participating teams with as many as 197 having registered for the club competitions.

Present on site to help with the procedures were volleyball stars Robin de Kruijf from A. Carraro Imoco Conegliano and Dragan Stankovic, who now plays for MODENA Volley, a team coached by the legendary Andrea Giani due to contest the CEV Cup in the 2021-2022 season.

The early rounds of Europe’s premiere club competition have always offered extremely interesting matchups and a high level of competition, with experienced clubs taking to the court to fight for their chance at being one of the two teams per gender to enter the elite Pool Phase of the competition. 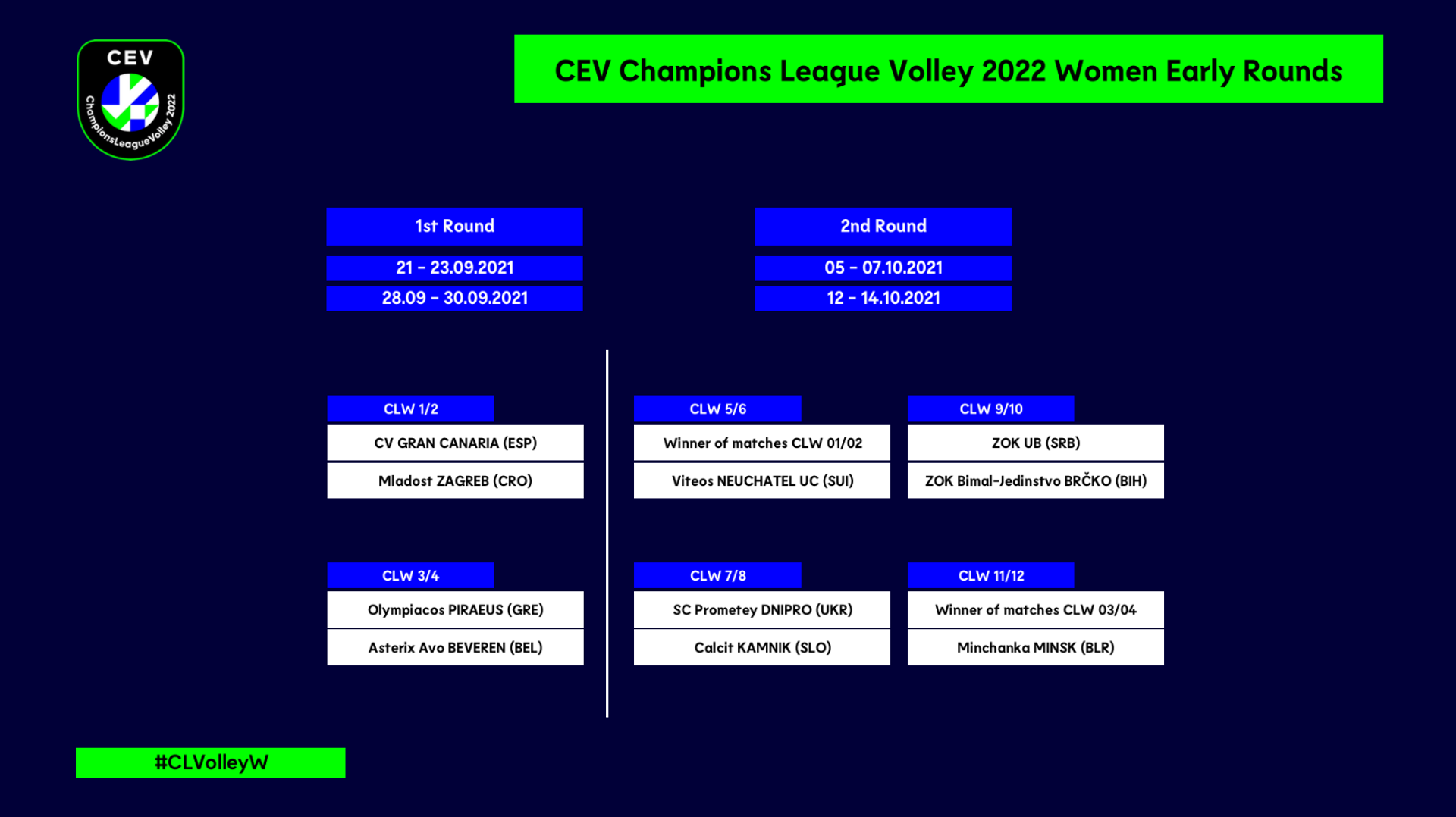 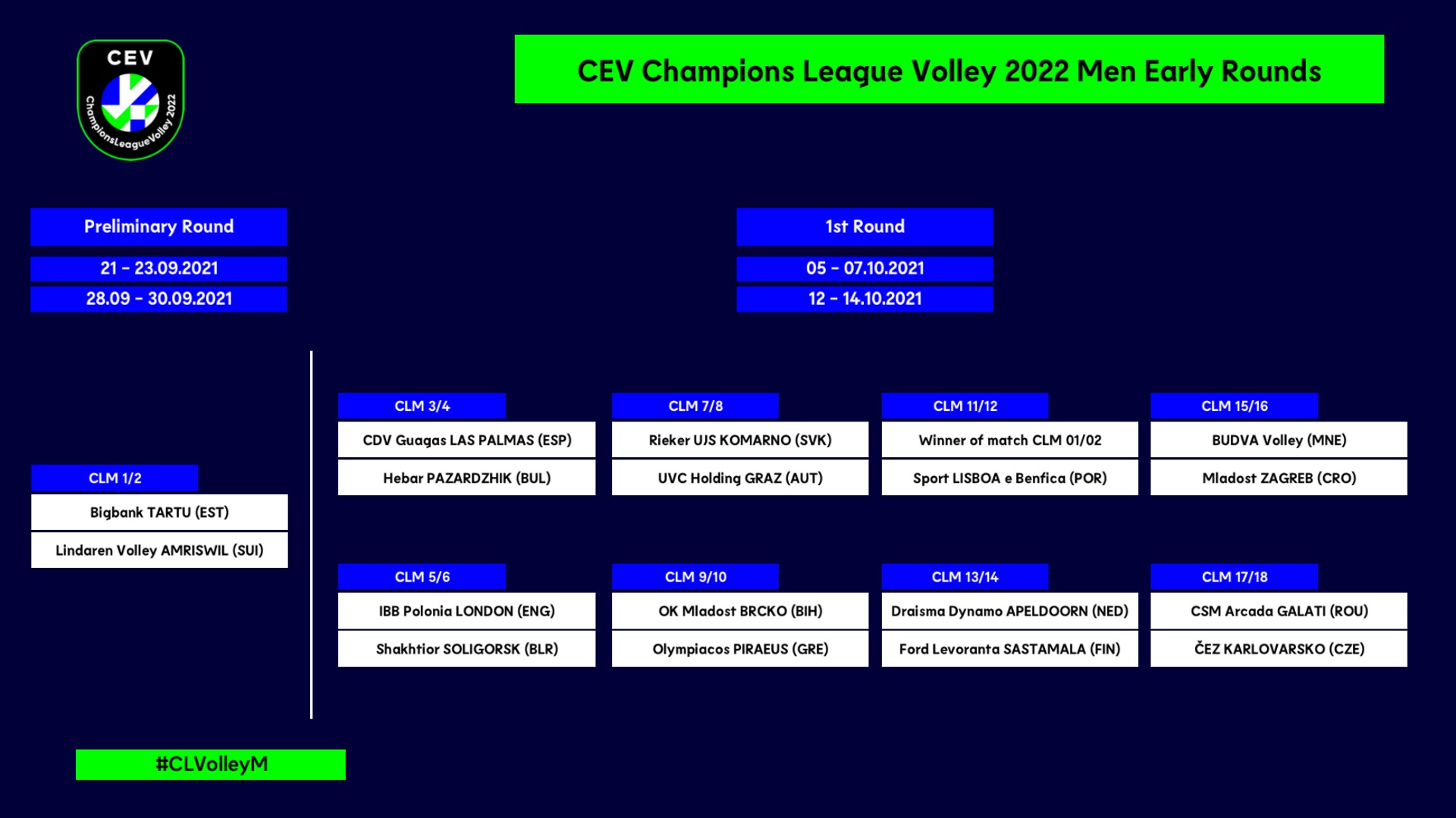 The teams that can consider themselves luckier than the rest are those that were drawn a “BYE” which means they are automatically qualified into the next stage of the early rounds. 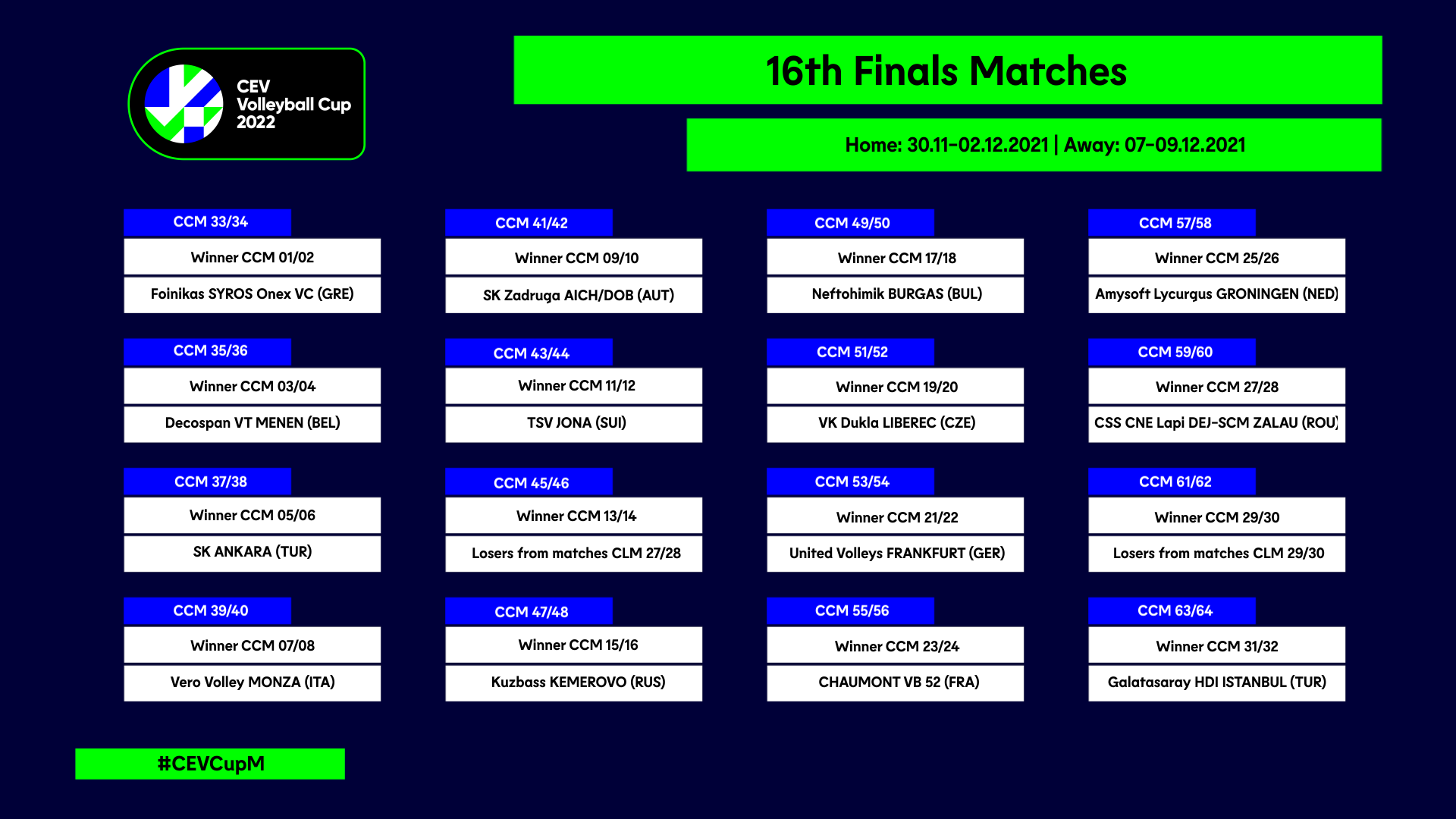 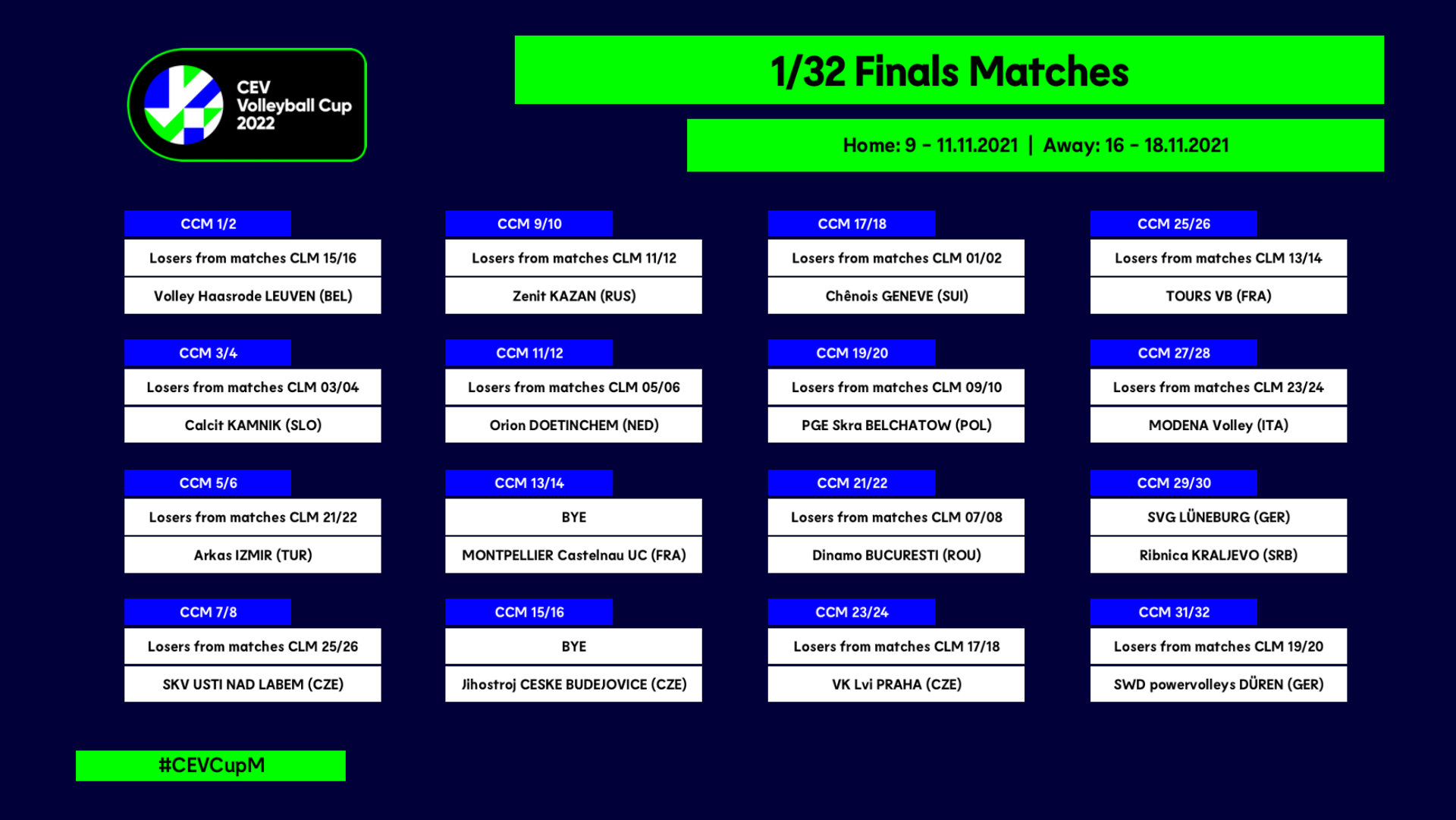 With some very big names being part of the CEV Volleyball Cup 2022, such as Zenit Kazan, PGE Skra Belchatow, Modena Volley, Tours VB on the men’s side and Eczacibasi Dynavit Istanbul, Unet e-work Busto Arsizio or Allianz MTV Stuttgart on the women’s side, just to name a few, the level of the competition is guaranteed to be higher than ever. 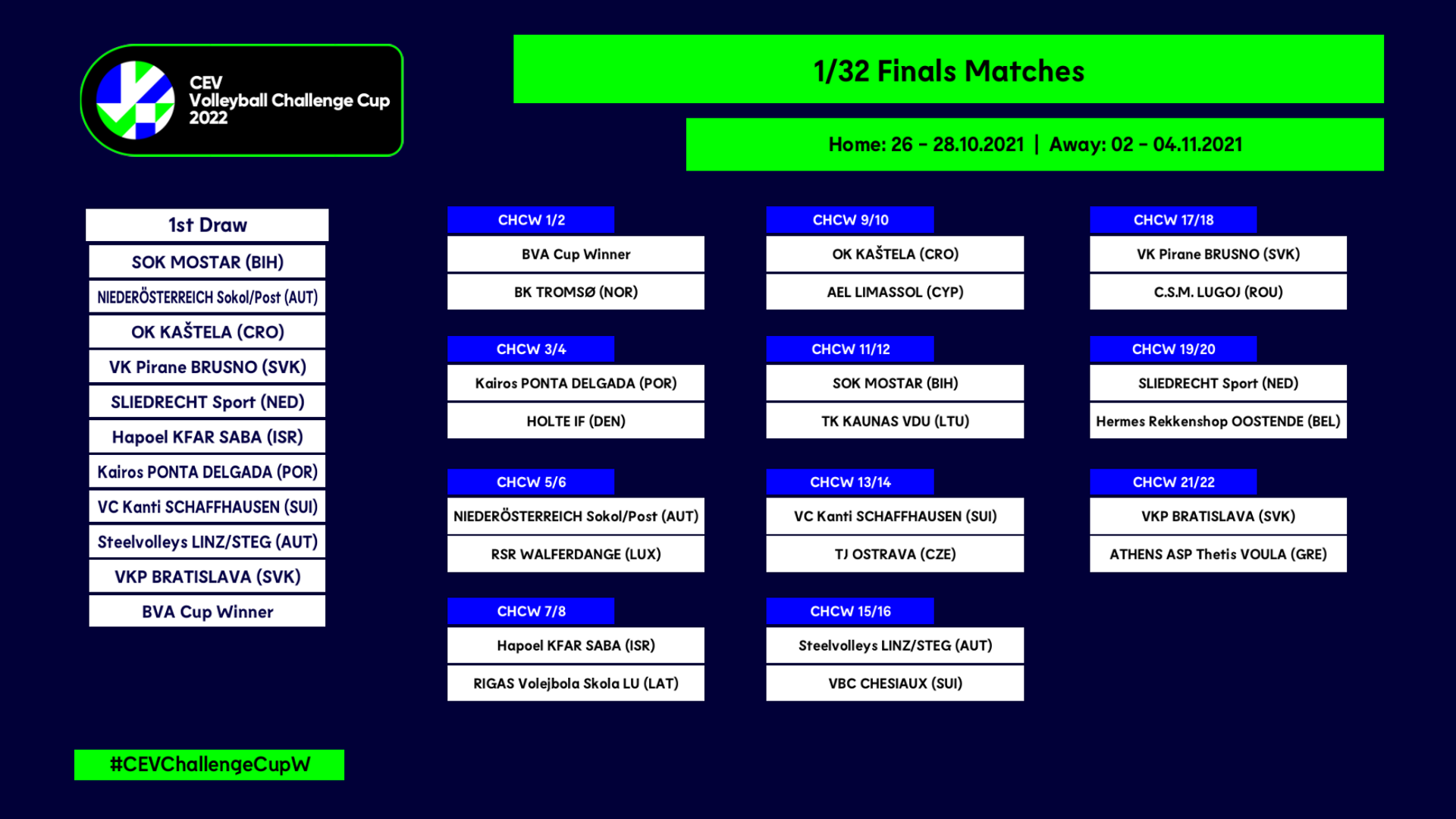 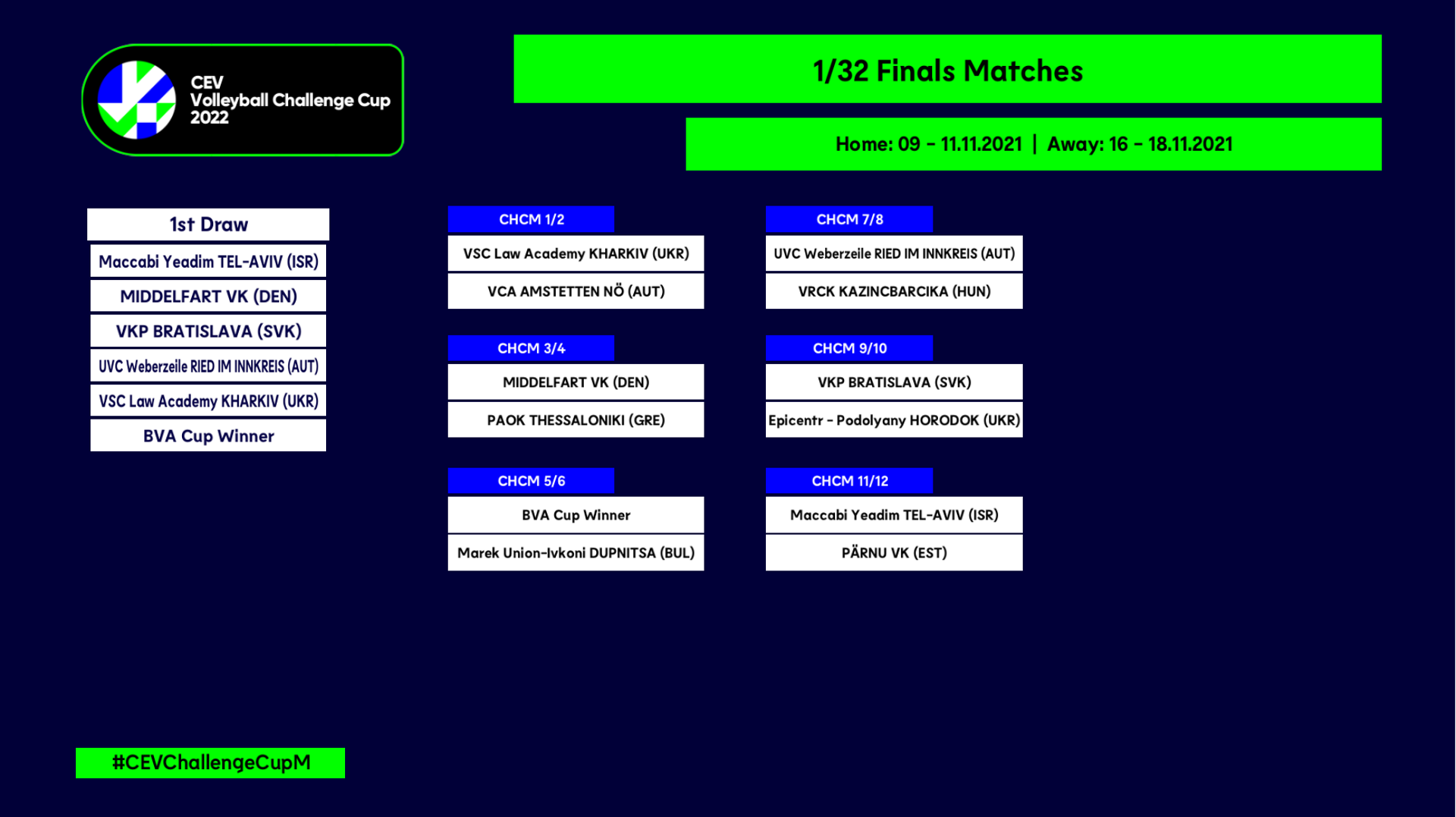 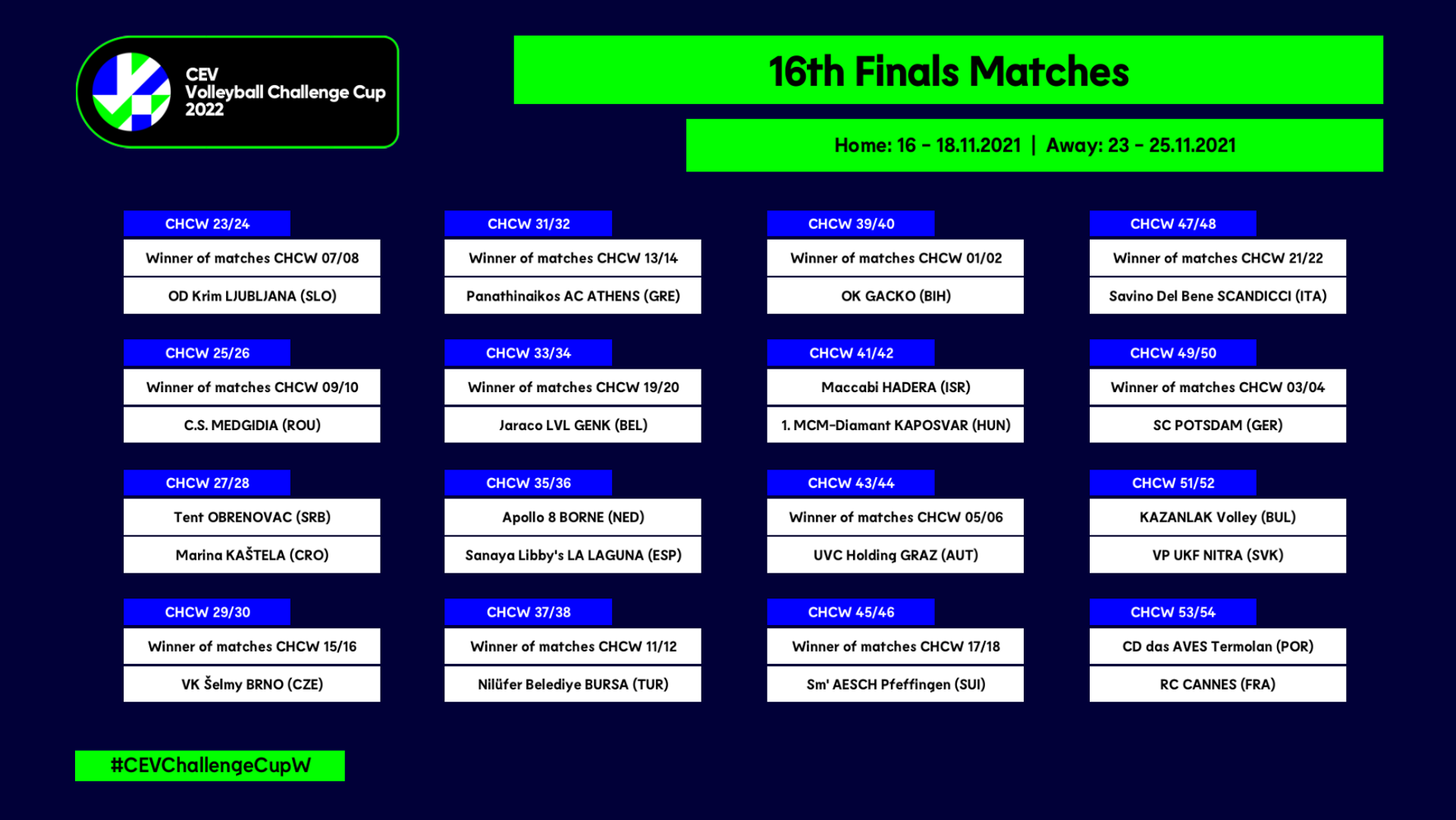 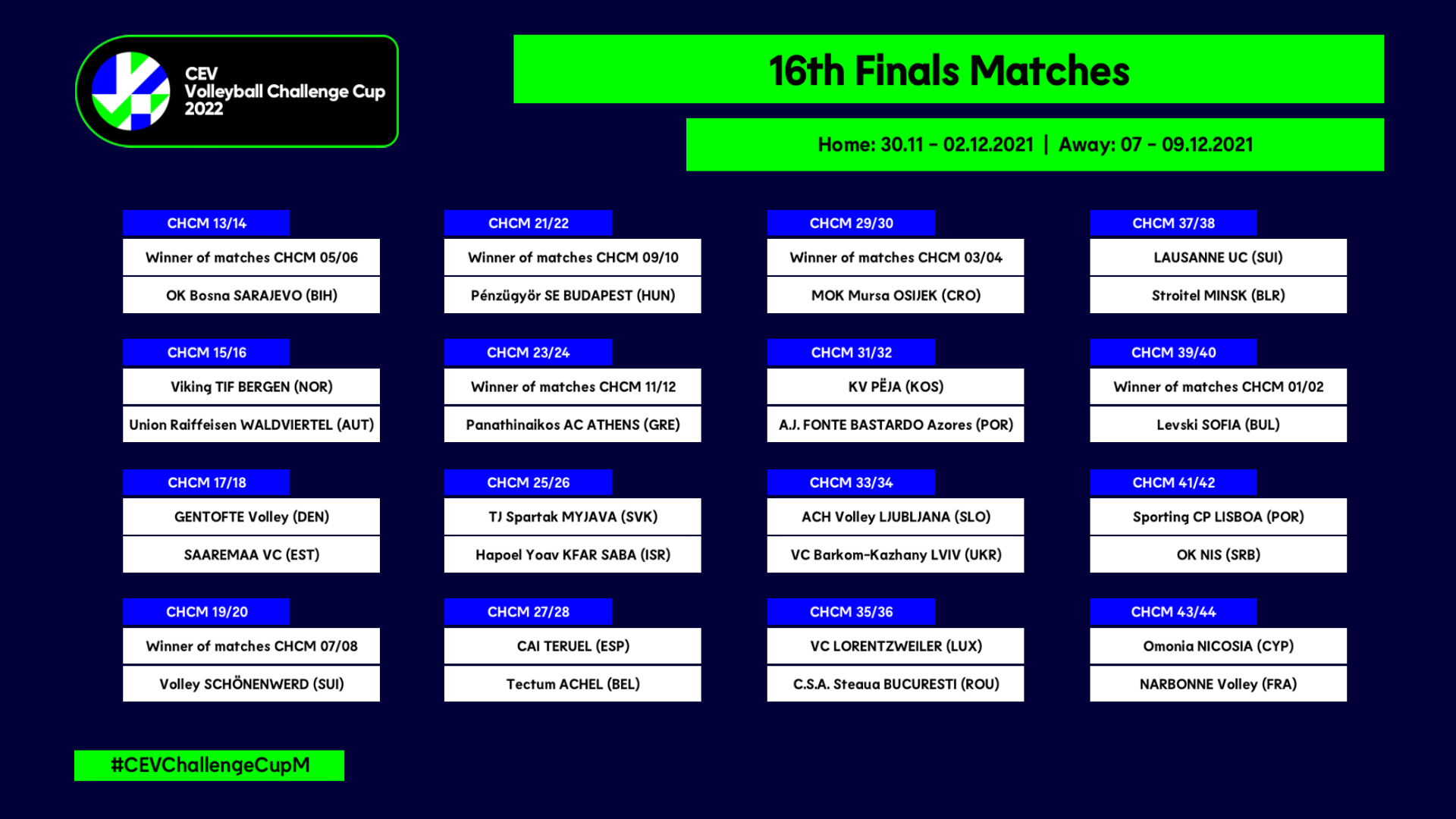 The DOL for the group stage of the CEV Champions League will be taking place on September 24 in Ljubljana, Slovenia, in conjunction with the European Volleyball Gala co-hosted by the CEV and the Volleyball Federation of Slovenia.