JASTRZEBSKI Wegiel continue on the winning path in CLVolleyM

On Tuesday, the Polish powerhouse of JASTRZEBSKI Wegiel seized a 3-0 win over the Belgian Knack ROESELARE, and with two victories out of two matches, take the first place in the current standing in Pool A.

Throughout all the three sets, hosts and guests would start equally, with Knack ROESELARE pushing hard until the middle of the set. However, the experience of JASTRZEBSKI Wegiel played a pivotal role in the deciding moments, and the players around head coach Andrea Gardini grabbed the win. 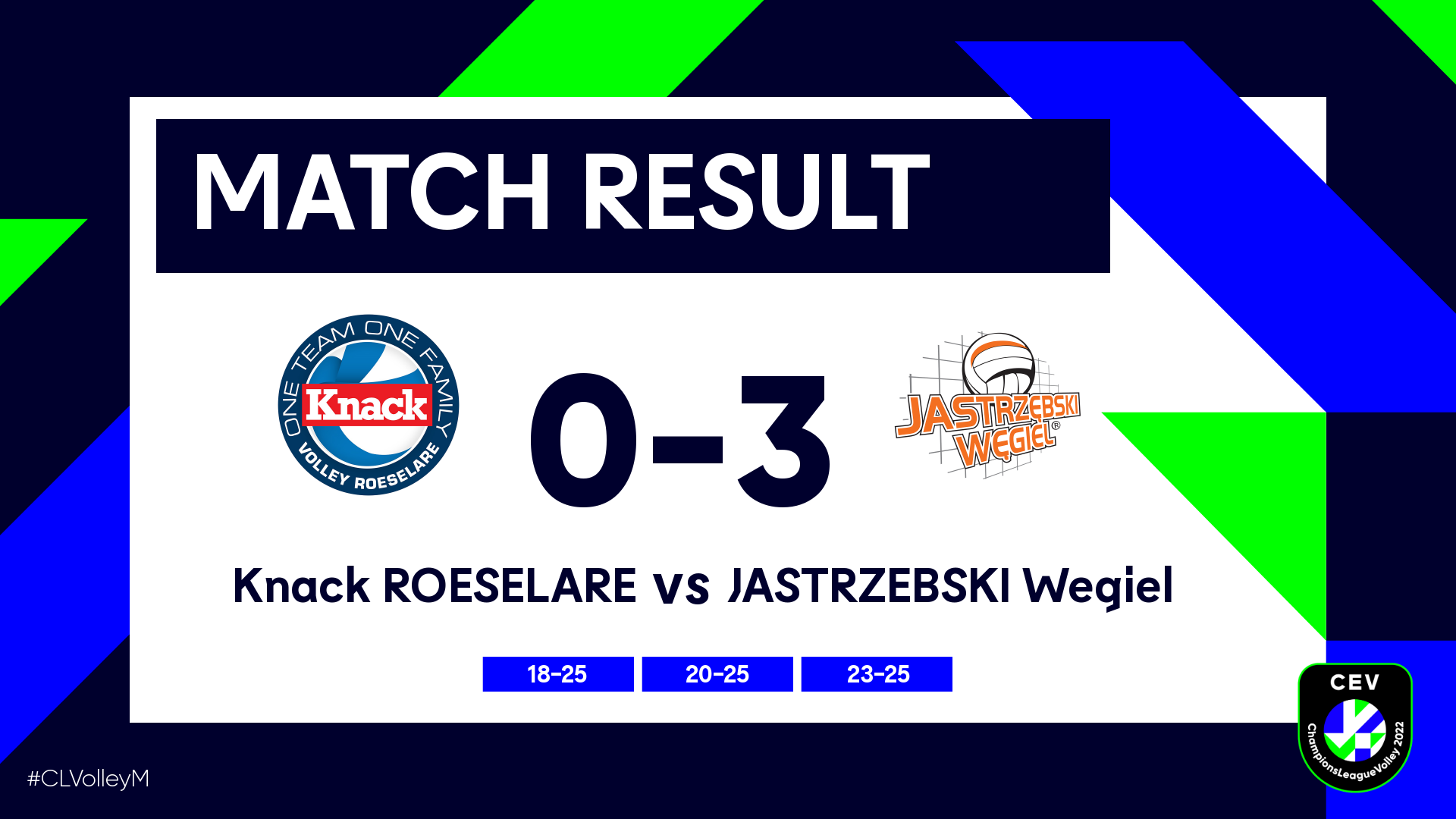 Overall, the better performance on the block (11 to three) made the difference for the Polish squad. Strong play on the serve also helped the guests to cause problems to Knack’s reception. The hosts were struggling with their mistakes and the Polish were able to score more on their opponents errors (25 to 13). The hosts, on the other hand, pushed harded on the winning sikes, and finished slightly better on this component (33 to 30), but it wasn’t enough to turn things around. 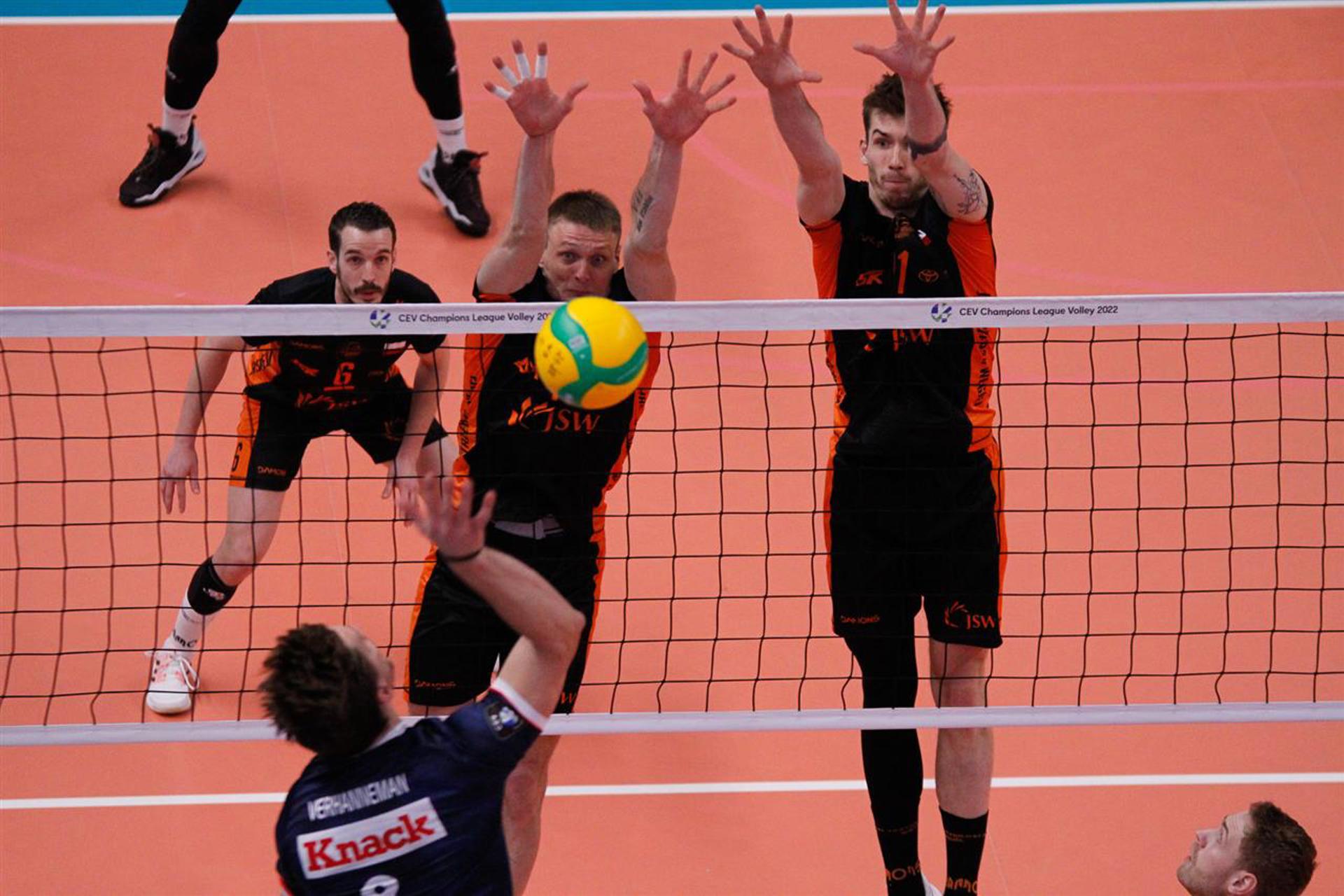 A very close call highlighted the beginning of the first set, but with Jurii Gladyr on the serve, the hosts took control. With a perfectly executed block Jastrzebski opened in their favour. Similar scenarios unfolded in the next two sets as well. With Michiel Ahyi performing well on attack (7 points in set 3) Knack ROESELARE kept the pressure high up to the end of the third set (23-24) but thanks to their experience, JASTRZEBSKI Wegiel made the difference again (23-25). 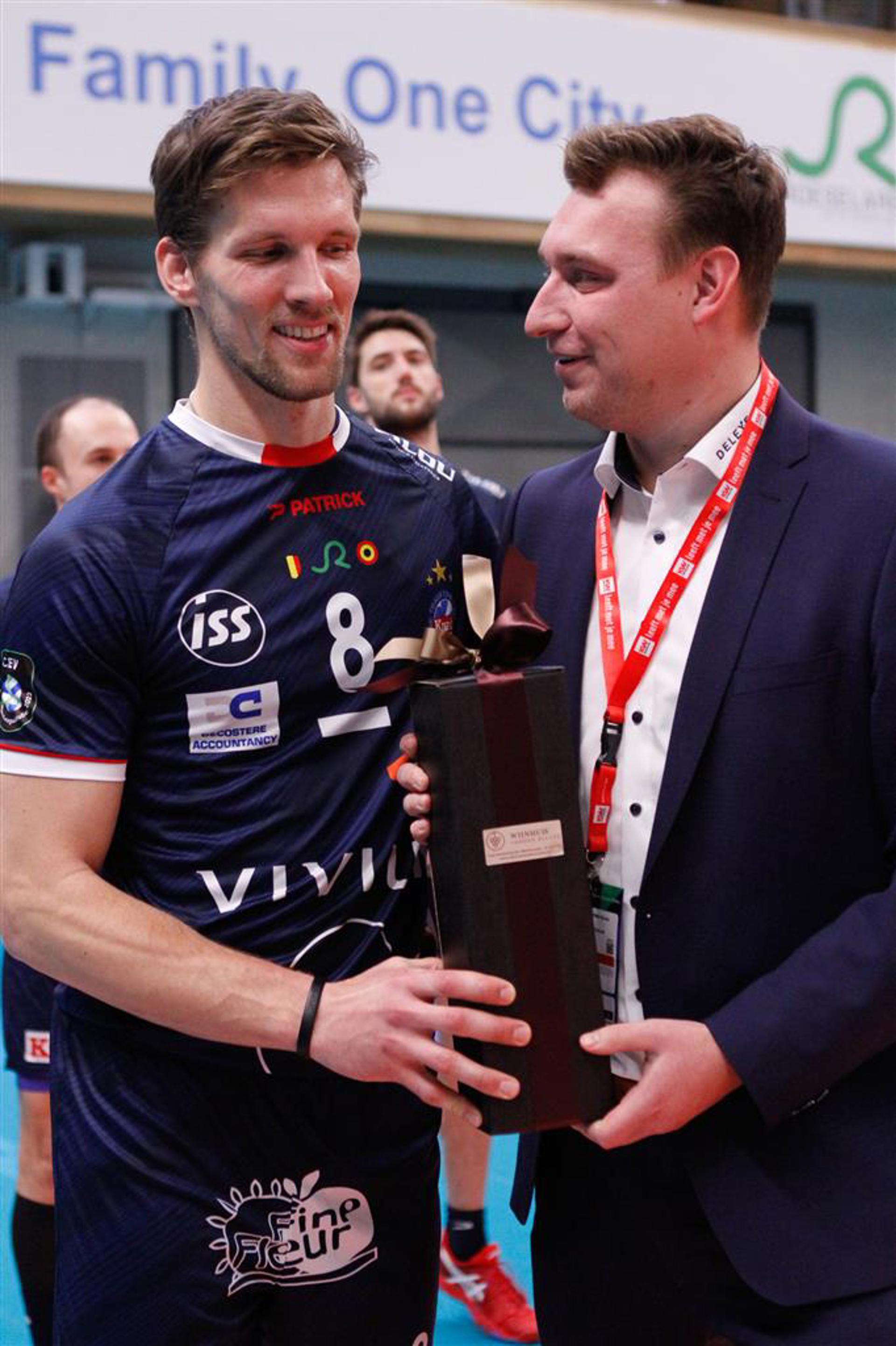 Before the start of the match, Knack ROESELARE captain Matthijs VERHANNEMAN was awarded for his 100th Champions League match for the home team. Undoubtedly a record that stands on its own for the whole CEV Champions League competition.

Due to the pandemic situation, the Belgian government announced earlier in the month that the Champions League match between Knack ROESELARE and JASTRZEBSKI Wegiel had to take place behind closed doors. Sad news for the spectators who were eager to follow the match live at the Tomabel Hall, not only for the clash between the Belgian and Polish champion but also to see former setter Eemi Tervaportti (Finland) back on court.

Trévor Clevenot was awarded MVP. Top scorer of the match became Tomasz Fornal, with 16 points to his name, including six kill blocks. On the home teams’ side Michiel Ahyi scored the most - 15 points including four aces.

“ We knew that is was going to be a tough match. Knack ROESELARE is a strong team and at the start of every set, they put a high pressure on us. Set 3 was even a closer set, but finally our experience made the difference. We are very happy with the three points that we can take home.”

“ I am a bit disappointed because we made too many errors, especially in serving. But of course, JASTRZEBSKI Wegiel is a very strong team. The last set was really close. We could increase our level during the course of the match, but it was not sufficient. We look forward to the next matches in Pool A. Second place in our pool stays our goal.” 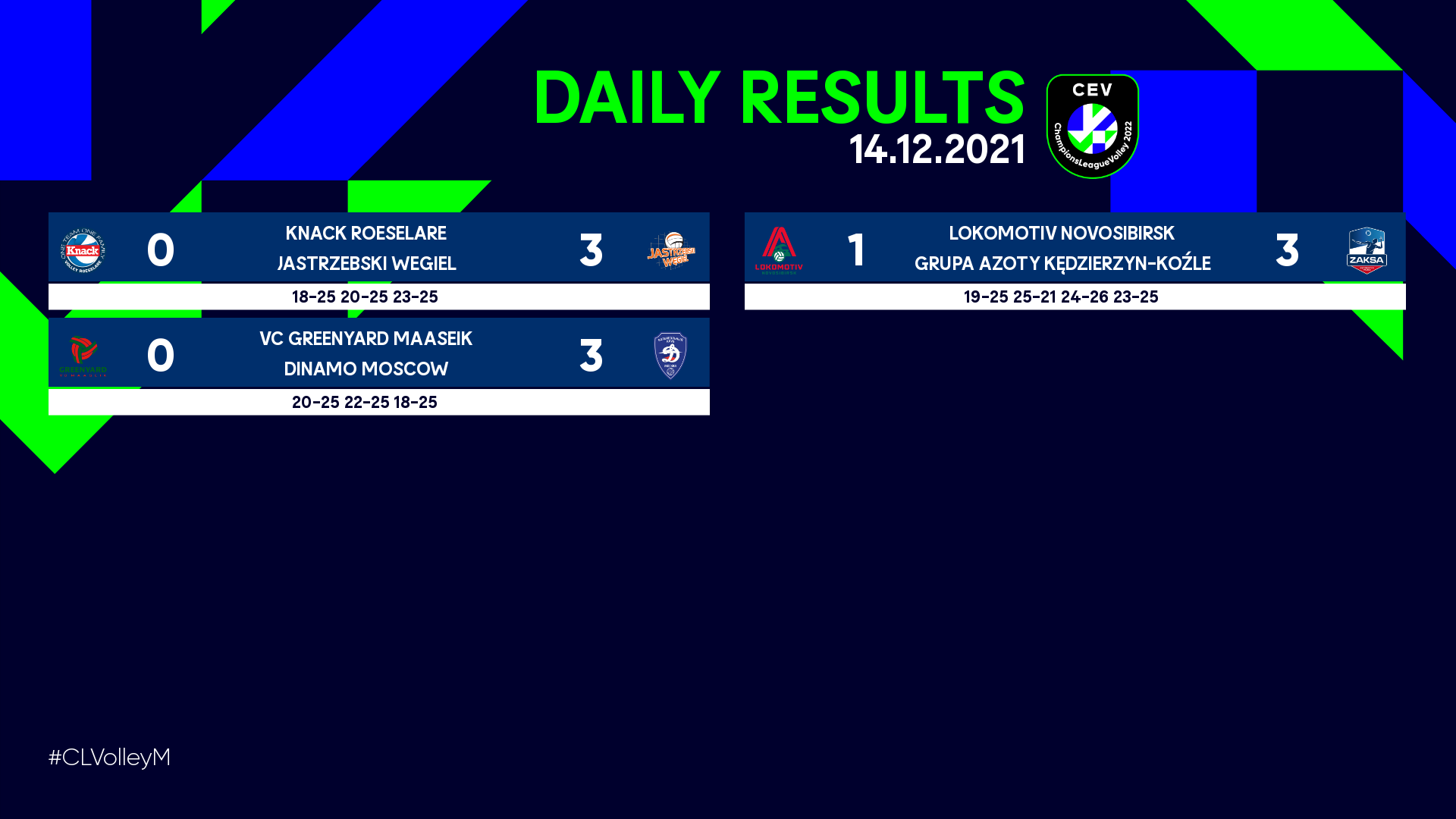