JASTRZEBSKI Wegiel start on the right foot in the CLVolleyM Quarters

The Polish JASTRZEBSKI Wegiel started on the right foot in the CLVolleyM Quarters after outclassing in three sets the reigning champions of Italy - the team of Cucine Lube CIVITANOVA. The guests entered more concentrated in the match, always precise in the important moments. Even in the moments when Lube were getting closer, the Polish would quickly react and find their way back to the winning path. 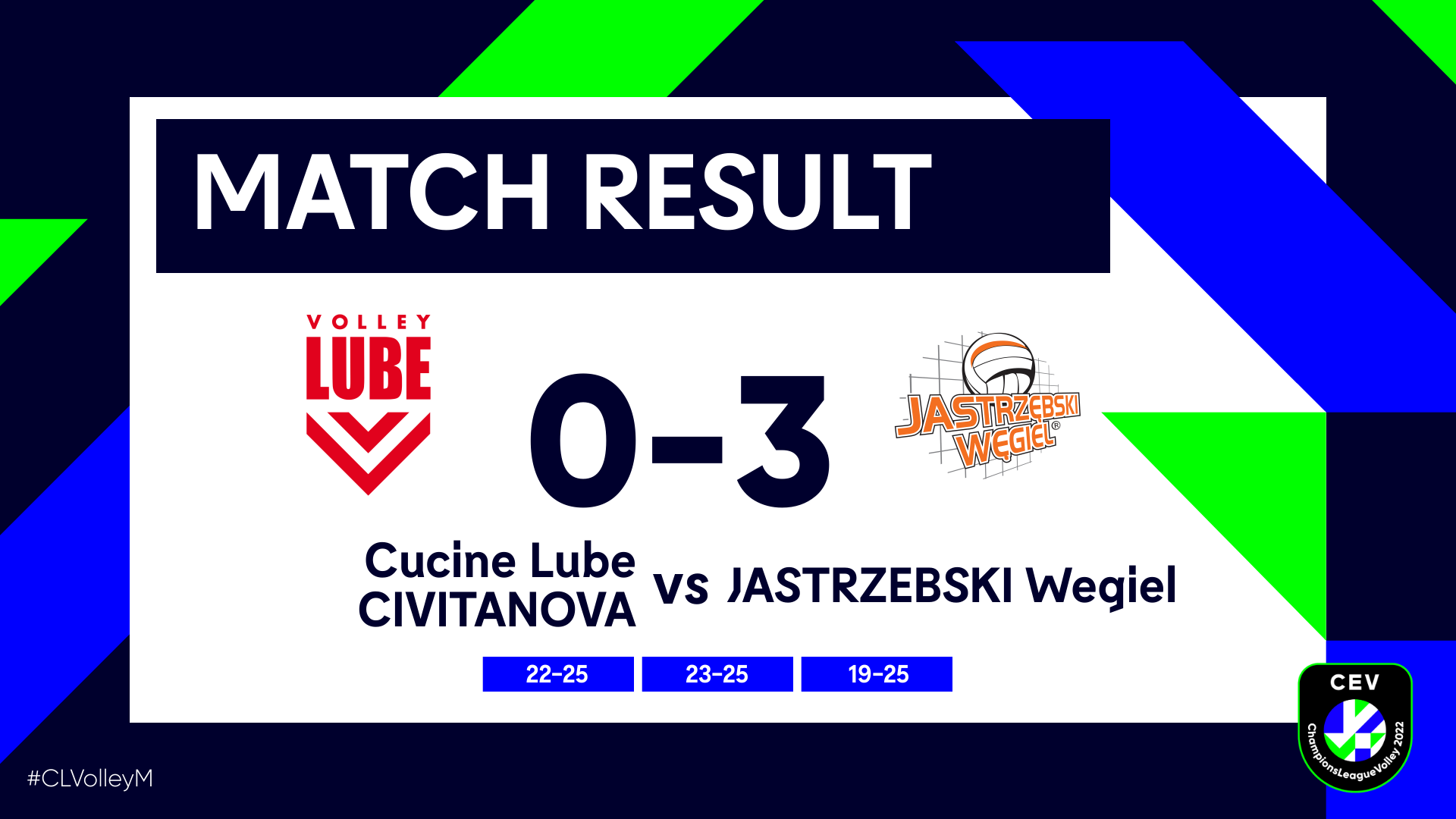 Statistically, both teams delivered a rather equal performance - Lube finished with as many as 39 winning spikes (to 37 by JASTRZEBSKI) and aced four times (compared to three by their opponents). The winners, on the other hand, were slightly better on the block (eight to ten).

Jan Hadrava with 14 points to his name and successful actions in deciding moments, was named MVP of the game. His teammate, Tomasz Fornal aso added 14. Robertlandy Simon of Lube finished with the same number of points. 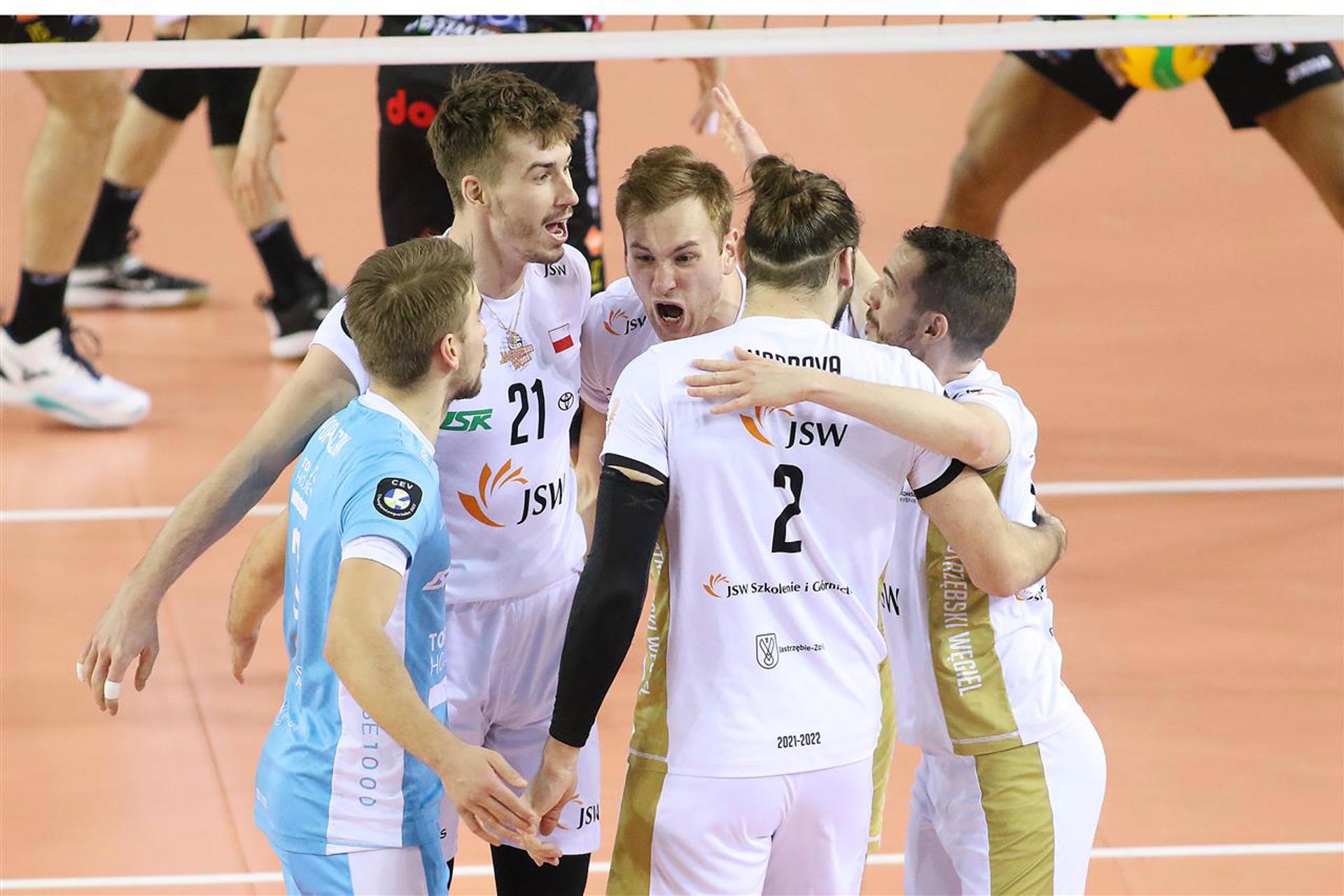 A very special guest was cheering for Lube in the stands of Eurosole Forum in Civitanova Marche. The reigning Olympic champion in the high jump, the Italian GianMarco Tamberi, showed his love for Volleyball while enjoying the fixture of Europe’s elite competition.

The home team could not count on Volleyball stars Jiri Kovar and Osmany Juantorena, both recovering from injuries. The Cuban-born player is back to training regularly with the team and today was part of the team roster for the first time in this Champions League edition. The coach Gianlorenzo Blengini decided to start with the young opposite from Puerto Rico Gabi Garcia instead of the Italian star Ivan Zaytsev. On the other side, Jan Hadrava was the opposite for the Polish team, as Boyer is also still recovering from an injury.

- In the opening set, after CIVITANOVA came back from 15-19 to 19-19 with De Cecco on the serving line, but the guest team immediately took back their leadership position, recordin gthree points in a row (22-19) thanks to attack errors in a row of Gabi Garcia and Ricardo Lucarelli. The Italian team made 12 point errors in this set.

- JASTRZEBSKI Wegiel played like a well-oiled machine and was constantly leading in the second set (16-13, then 21-16 with Jan Hadrava top scorer with 8 points and 78% of efficiency in attack). The Italians continued on making many mistakes with their serves and attacks.  The situation did not change when Ivan Zaytsev entered ther court although Cucine Lube CIVITANOVA were close to bring back the intrigue in the set after an ace of Robertlandy Simon (23-24), but in the following action Clevenot scored the attack for the final 25-23.

- The game was clearly in the Polish hands also in the third set, when they completely showed their domination, starting to lead 11-5 thanks to great defences and blocks.

“Lube is a great team, and it’s hard to play here. We played very good, we delivered a good collective performance. I am happy to come back here and to win against my former team. Of course, I wish them the best, but after this phase of the competition. I hope that in the away match, we will play as well as today.”

“I don't think it was a question of approach, I think rather that we are in objective difficulty, especially in reception, and when reception does not work properly everything becomes more difficult. This is for sure a heavy defeat, but qualification is still open, as our team has the capacity to recover what we lost tonight, and reach the qualification. We have to believe it”.