Ljubljana to host Champions League Super Finals on May 22!

Ljubljana and more specifically the iconic, state-of-the-art Arena Stožice in Slovenia’s capital city will be playing host to the major highlight of a truly thrilling and exhilarating Volleyball season – the CEV Champions League Volley 2022 Super Finals! The event featuring four elite teams – two per gender – will be taking place on Sunday, May 22, to cap off the 2021-2022 club season with a magnificent and electrifying Volleyball party!

Volleyball fans from across Europe can already start planning their journey to Slovenia for late May – with tickets due to go on sale on April 8 here, i.e. right after completion of the semi-finals that will determine the two teams per gender due to fight for the most coveted trophy in international Volleyball! With this high-profile unprecedented event, Ljubljana will further cement its leading status in the delivery of major Volleyball competitions – after a historic CEV EuroVolley 2019 Men held at the very same venue helped break the all-time record of attendance for a Volleyball match played in Slovenia. As the home heroes played reigning world champions Poland in the semi-final, as many as 11,425 fans followed the action from the stands of Arena Stožice, thus providing an amazing extra boost of energy to Team Slovenia in their successful attempt to reach the gold medal match.

Ljubljana will follow Berlin and Verona to add another chapter to the success story associated with the revolutionary Super Finals launched in 2019 – the first major event across all team sports to feature the top female and male players from across the globe playing under the very same roof and on the same day. 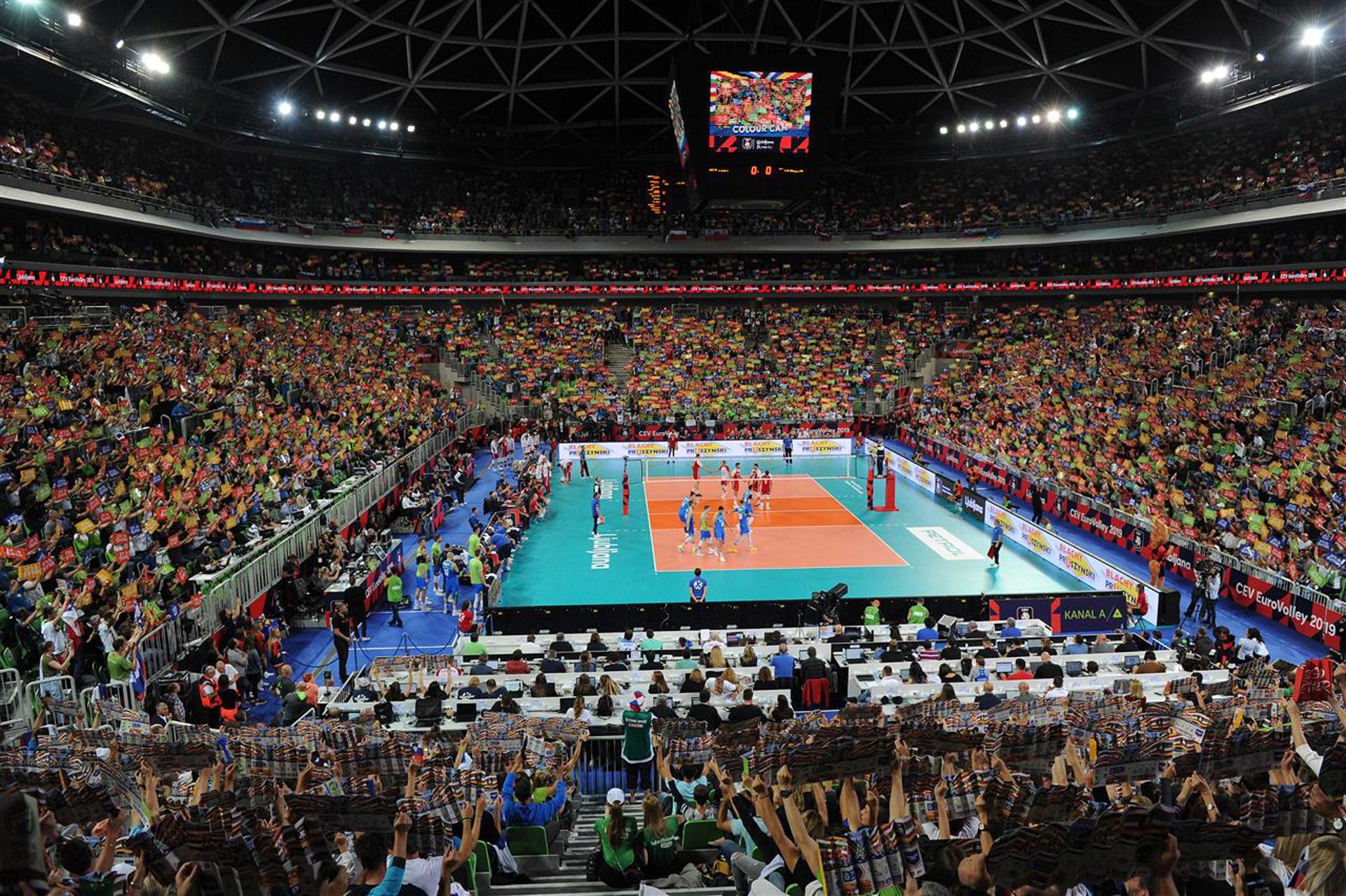 Will the Super Finals break the record of attendance set at EuroVolley 2019? We hope so!

“With the launch of the Super Finals in 2019, we did literally break new ground for Volleyball and international sport in general. We will now take this unique event to the capital city of a nation that has been breathing Volleyball for many years now through the unprecedented success of their men’s national team. I invite Volleyball fans from across Europe to convene in Ljubljana to witness a tremendous event and Volleyball action of the finest level! I would like to thank the local authorities as well as our friends and colleagues at the Volleyball Federation of Slovenia for their cooperation in our effort to deliver an event of this magnitude even in these still challenging times,” says CEV President Aleksandar Boričić.

Titleholders A. Carraro Imoco CONEGLIANO of Italy have already secured their spot in the women’s final where they are due to play the winner of an exciting Turkish derby between VakifBank and Fenerbahce Opet ISTANBUL. In the men’s competition, all-Italian and Polish battles in the semis will determine the two sides that will be taking to the court of Arena Stožice in less than two months and fight for the most-wanted title in international Volleyball. Last year’s gold medal winners Grupa Azoty KEDZIERZYN-KOZLE play JASTRZEBSKI Wegiel in the all-Polish semi-final, as 2021 silver medallists TRENTINO Itas take on their domestic rivals Sir Sicoma Monini PERUGIA in a truly exciting Italian affair.