It's never easy to replace the player who is considered to be one of the best in his position in the world, but on the other hand, if you rise to the occasion, you can join the greatest. And that certainly might be the case of Marcin Janusz. The 27-year-old setter joined the team of Grupa Azoty Zaksa Kędzierzyn Koźle for the 2021/2022 season, moving from Trefl Gdańsk (6th team in the PlusLiga 2020/2021) to replace Benjamin Toniutti, who left the club after 6 years! Taking care of playmaking in the squad of the reigning #CLVolleyM champions is definitely not only an honour, but also a great challenge, so many wondered how he would handle this responsibility on his shoulders. But Elvis – how he is called by his friends and teammates – jumped on the European stage in pretty impressive style, but ahead of him and his team the most important battle – the Super Final in Ljubljana, where on 22 May Grupa Azoty Zaksa Kędzierzyn Koźle will face Trentino Itas. 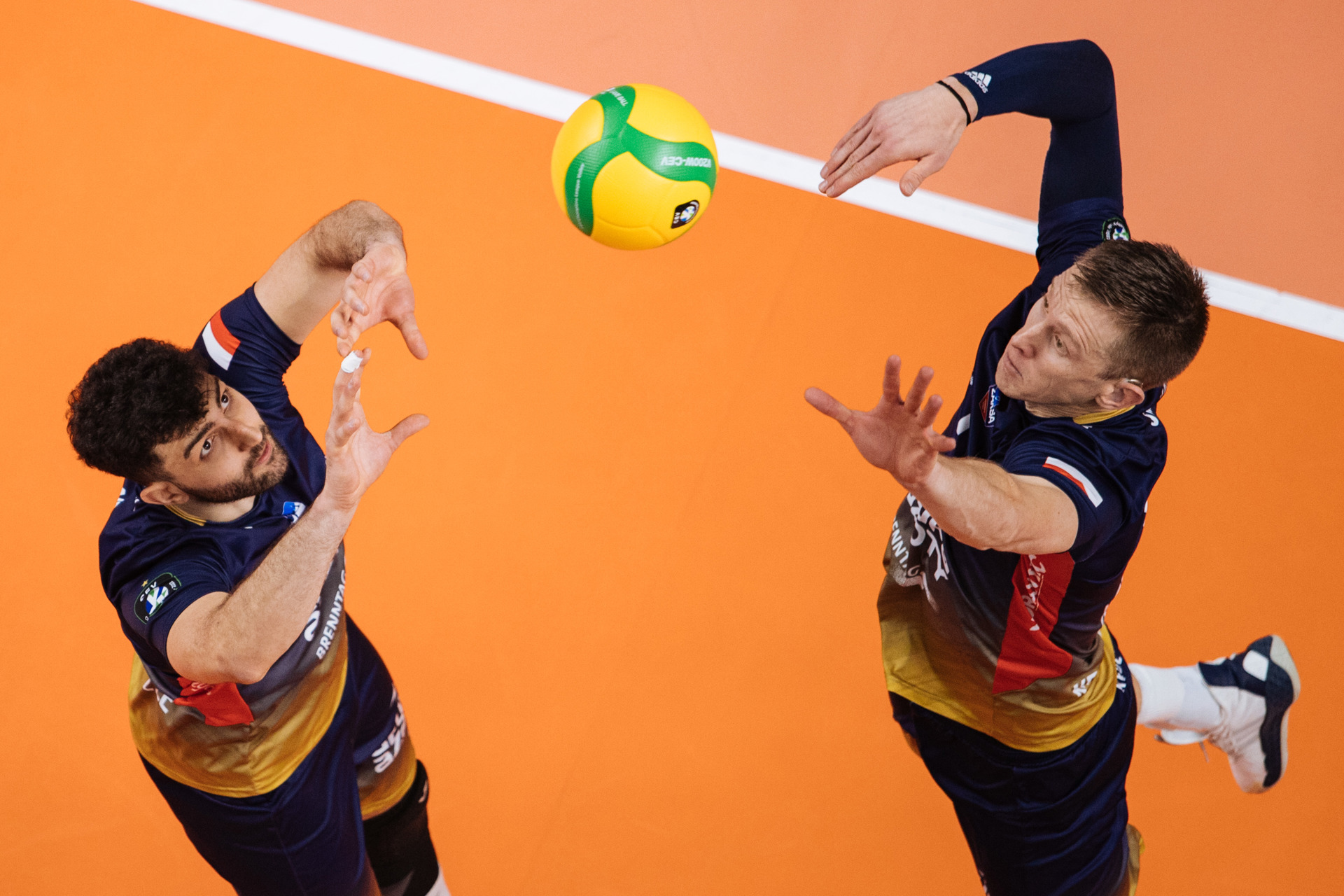 Marcin Janusz setting the ball to his teammate David Smith

Marcin Janusz took up Volleyball in the third grade of primary school in Nowy Sącz, Poland, being inspired by his father – an amateur Volleyball player. He admired two playmaking masters – Paweł Zagumny and Nikola Grbić, but later he decided to bring out the best from all the top players. “When I was growing up I realised that no one is perfect and you need a lot of work to become the best, so I started to focus on details and get the best out of their style,” he said in one of interviews. He impresses with stoic calmness on the court, however he is not only a talented Volleyball player, but also musician - in his free time he plays piano! Therefore perhaps he knows how to perfectly lead the game to create a perfect symphony. 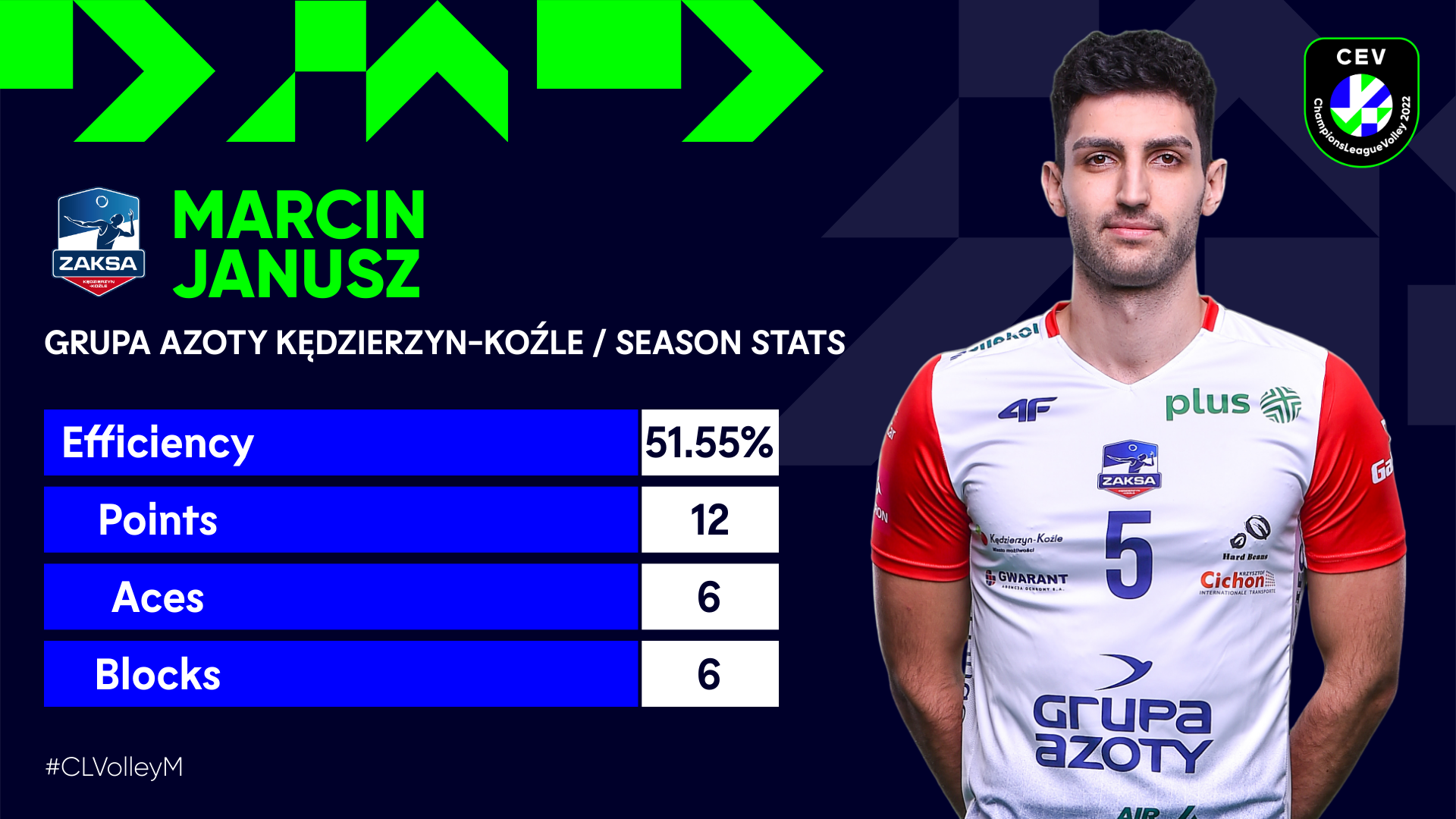 He showed no jitters being on playmaking duty in the Champions League’s campaign, even playing against Lube in Pool C. So far, on the European stage he recorded 51.55% efficiency, scoring 12 points by himself - 6 blocks and 6 aces, being a solid support for his teammates in all six matches (and 22 sets) he performed in. But he truly stood out in the semifinals against their domestic rival – Jastrzębski Węgiel. In the first clash, Zaksa achieved 62% of the team attack, once his efforts were recognized with the Most Valuable Player award. And although in the #CLVolleyM he was honoured with this title only once, he is one of the most often awarded players in PlusLiga – 6 MVP titles on the way to the finals! His mastery was also noticed during the Polish Cup that Zaksa won in February 2022, as he was named the MVP of the tournament.

Before joining the roster of Zaksa, he performed in jersey of Skra Bełchatów (2011-2012, 2015-2018), AZS Częstochowa (2012-2014), Effector Kielce (2014-2015) and Trefl Gdańsk (2018-2021). However, his debut in the national team came pretty late - in May 2018. Together with the White-and-Reds, he won a bronze medal at VNL 2019 and silver at the 2019 World Cup in Japan, but he was not among the players nominated by Vital Heynen to the European and World Championships. But this season is definitely a turning point in his career, as it looks that his talent has been noticed by the new head coach of Poland national team - Nikola Grbić. On the road to the Super Finals, he has already shown his great talent and skills, but the best is yet to come.