Olympiacos and NEUCHATEL move on to #CLVolleyW Round 3

After recording a 3-2 home victory last week at the end of a very close and dramatic game, Olympiacos PIRAEUS cruised to a comprehensive 3-0 win (25-19, 25-22, 25-22) in their re-match with Minchanka MINSK in the Belarusian capital to secure their spot in Round 3 of the #CLVolleyW 2022. Olympiacos will now be playing Serbia’s national champions ZOK UB for a spot in the pool stage of the competition. 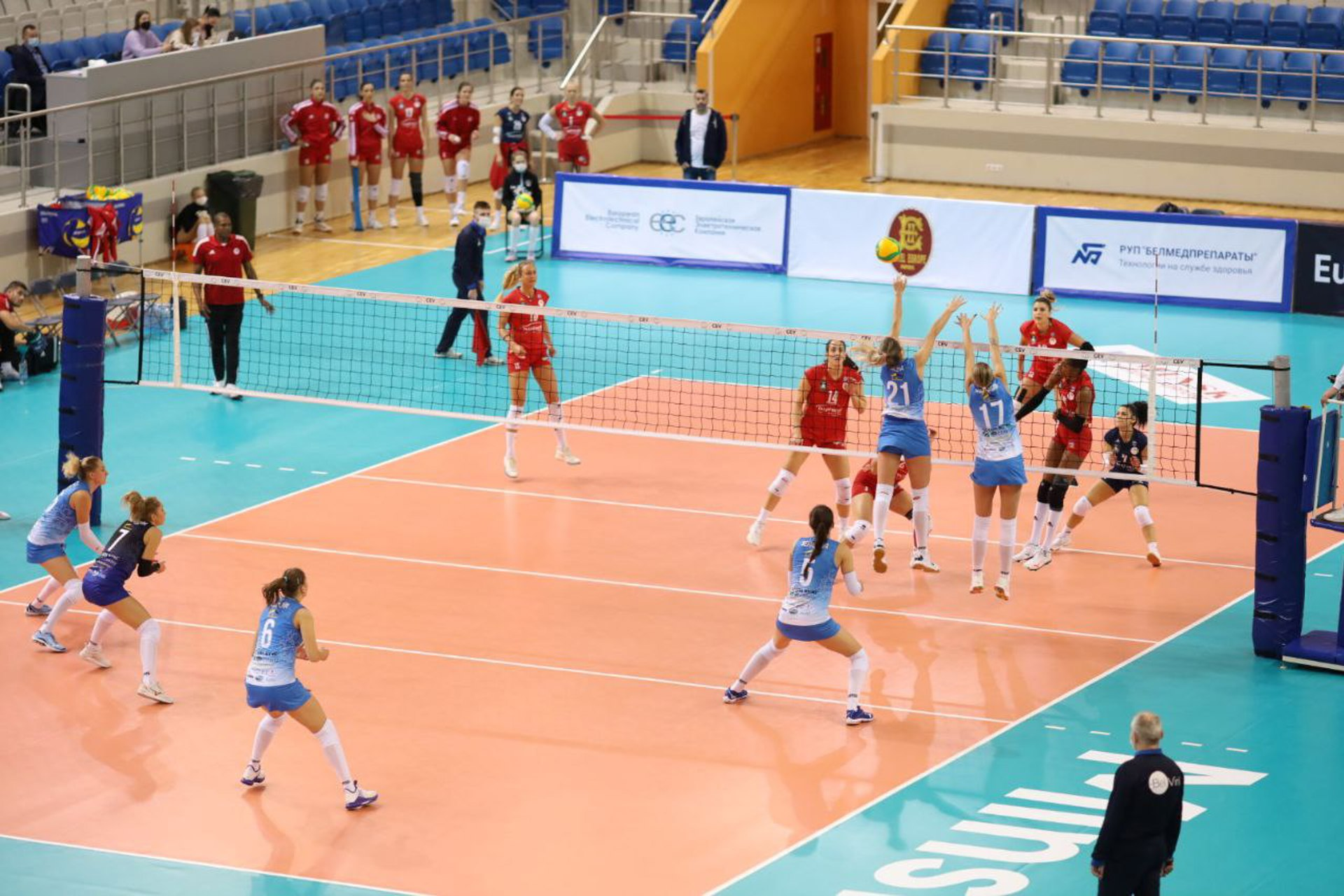 The visitors from Greece started the match with an impressive rhythm, thus claiming a six-point lead at 15-9 – a deficit that the hosts could not make up for and Olympiacos eventually won the first set by this very same margin (25-19).

Olympiacos continued to perform well in the second set too, but Minchanka eventually levelled the score at 17-all following a block by Tatsiana Markevich and a spike by Nadzeya Vladyka. It was a very close race after that before the Cuban-born star of Olympiacos, Wilma Salas Rosell, helped the visitors secure a 25-22 set win.

The third set turned out to be the most intense. The fight for each point lasted until halfway through the set, where a mistake by Markevich and points scored by Salas and Saskia Hippe helped Olympiacos claim a three-point lead. The Belarusian team was not able to close this gap and the match ended in a 3-0 victory for Olympiacos.

“Congratulations to my team, especially on playing such great Volleyball. Today’s match was very intense, with much fight. This match was very important for us to win. Today’s opponent is a strong team, but we did analyse the previous game and did a very good job.”

“It was a good match, but without a happy end for us. I hope that our next matches will be more successful for our team. There is a lot of work ahead of us.”

Elsewhere, Viteos NEUCHATEL UC of Switzerland quickly claimed the two sets they needed in the re-match with Mladost ZAGREB before sealing a 3-2 victory, thus getting the right to play SC Prometey DNIPRO of Ukraine in Round 3.