Dinamo Moscow ready for yet another CLVolley Season

Lokomotiv (Kaliningrad region RUS) and SC Prometey Dnipro (UKR), from Pool A, will go head to head on neutral grounds in Minsk (BLR) in the first of two matches scheduled to start at 5pm CET.

Lokomotiv will go into this match off the back of a 14-match unbeaten run in the Russian league, where they lead the rankings with authority. Polish Opposite, Malwina Smarzhek and team captain Irina Voronkova have been outstanding in the domestic competition and feature among the most productive players in the league.

However, it’s not all great news from Lokomotiv as they still have to cover for the absence of Serbian Outside hitter, Bianka Busa, yet to feature for the club following her hand injury, and the temporary absence of Valeriya Zaytseva who is expected to make a return soon.

On the other side of the net, Prometey will be hoping to carry their good form from the early rounds of the competition into the pool phase. 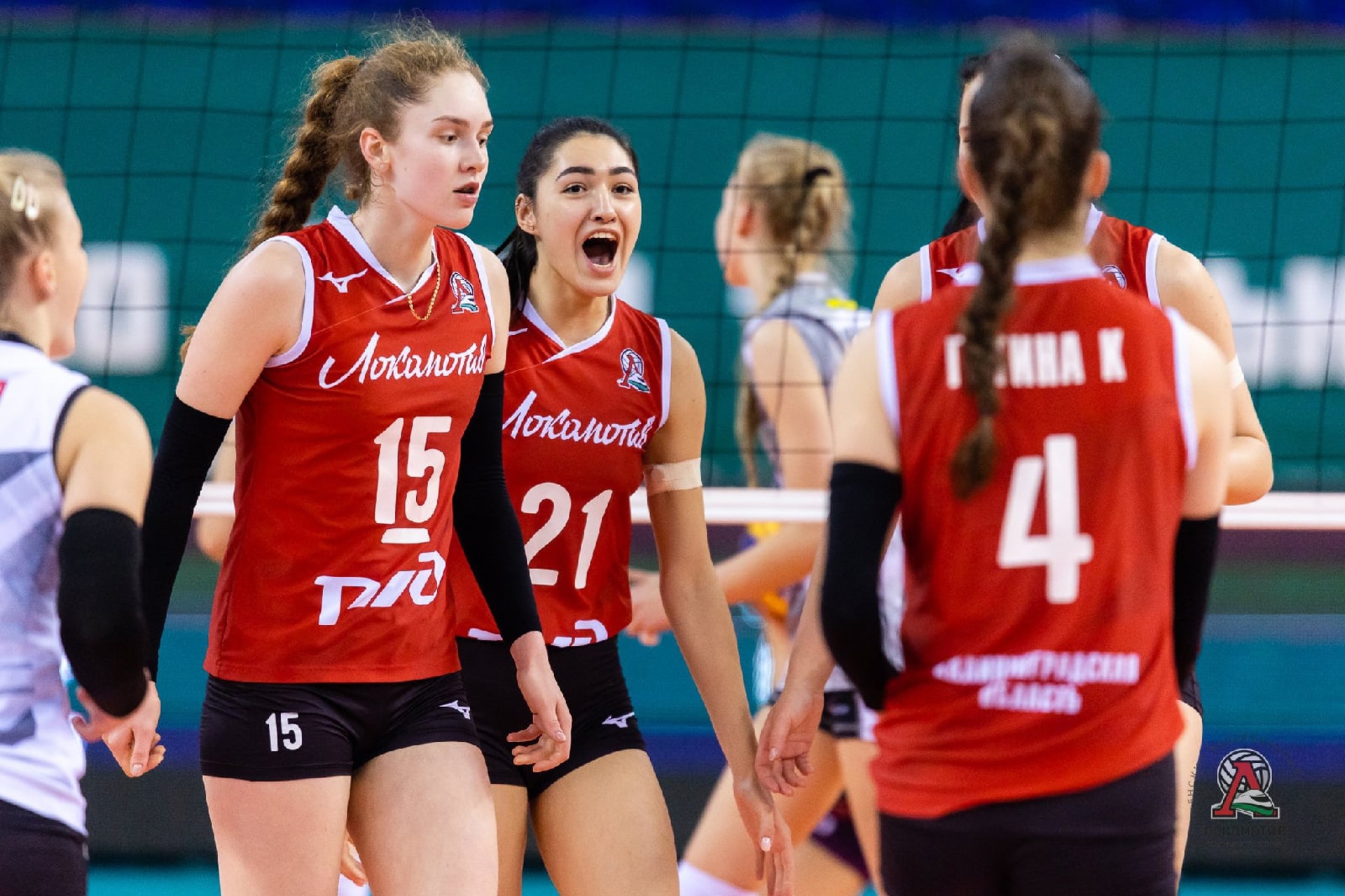 The second match set to start at 5pm CET sees another Russian club, Dinamo Moscow host Dukla Liberec (CZE) in Pool C at the Dynamo Volleyball Arena in Moscow, in what will be the start of their 16th consecutive participation in the CEV Champions League Volley.

Tonight match will however be the first time these two teams will have faced each other, with Dinamo meeting another Czech team back in 2008/09 and 2009/10 when they faced Modranská Prostějov and won all 4 matches.

Moscow’s club experience in the competition comes in stark contrast with no less than five of their players preparing to make their Champions League debut in a few hours. For the third match of the day we return to Pool A for Developres SkyRes RZESZÓW (POL) vs DRESDNER SC (GER), scheduled for first serve at 6pm CET at the RCWS Podpromie RZESZÓW.

For Dresdner and their coach Alexander Waibl, today’s match will mark their return to the CEV Champions League Volley for the first time since 2017. With 6 previous participations in the competition at the help of Dresdner, coach Waibl will be looking forward to the European volleyball nights.

“I like to play against the best teams in Europe, because this is something which will make my team a better team. Let’s see, I think we have a chance against anybody, but maybe we are a little bit the underdog in this pool.”

The last match of the day will take us to Pool B and the Palais des Sports MULHOUSE in France where hosts ASPTT Mulhouse VB will be facing LB SALO from Finland starting at 7pm CET.

For the French side, this will be the 10th campaign among Europe’s elite clubs, yet they might still be considered outsiders when looking at who is most likely to advance to the higher stages of the competition. 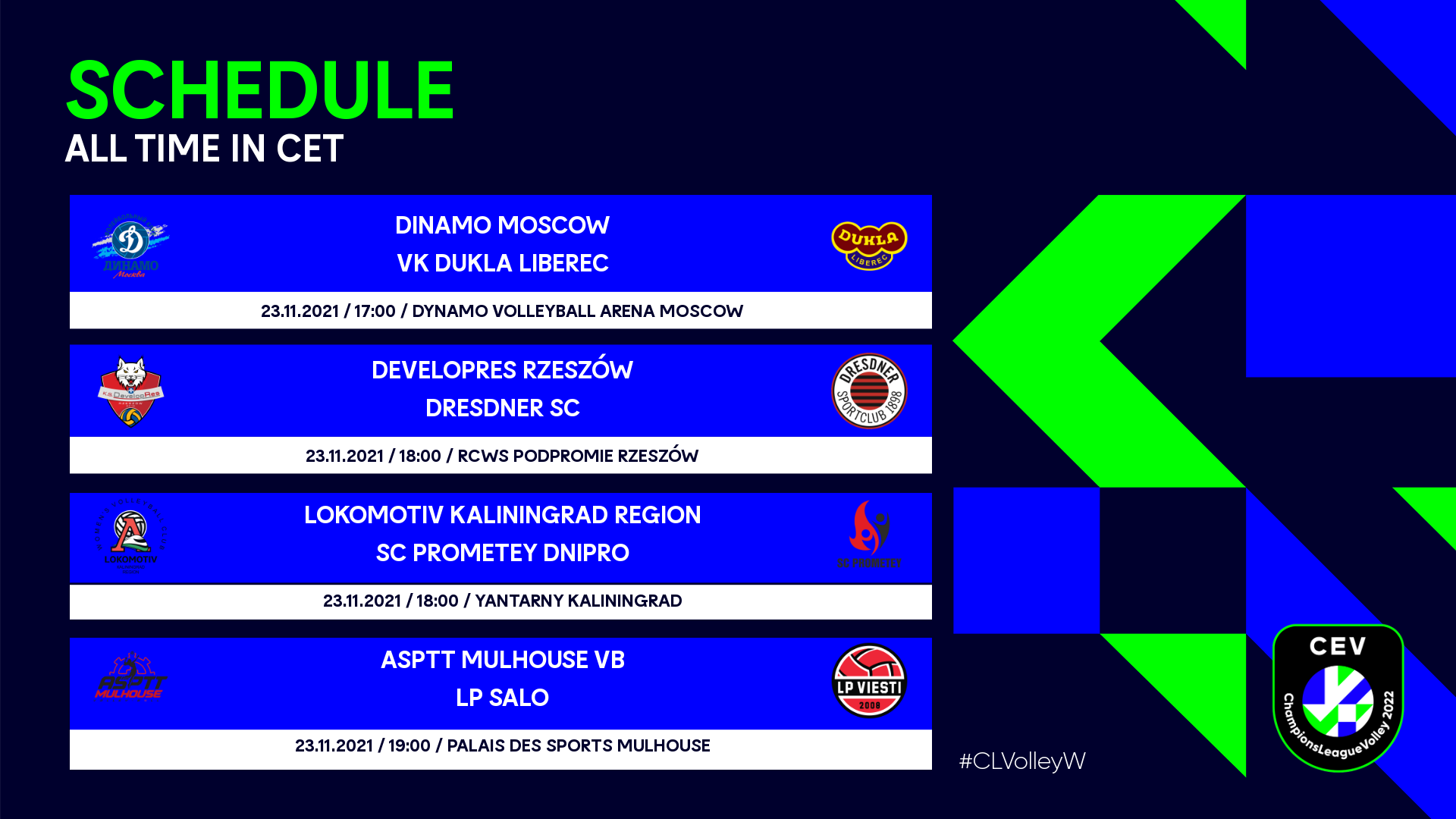 On the other side, Salo has Tomi Lemminkäinen at the helm, whose experience and pedigree, having been the first coach to qualify a Nordic team into the Champions League in 2014/15, might be their most important asset going into the competition.

The Mulhouse - Salo match is far from being a final, yet one of these two sides will get a historic win tonight. For the first time in their history, Mulhouse and Finland will have the opportunity to start the Champions League victoriously.