Reigning CLVolleyW champs of A. Carraro Imoco CONEGLIANO continue on the winning path

The silver medallists from the World Club Champs and reigning CLVolleyW champions, A. Carraro Imoco CONEGLIANO extended their winning streak to three wins out of three matches so far in Round 4 of the 2022 edition of Europe’s top competition.

In the Super Match of the Week against Grupa Azoty Chemik POLICE, the Italian squad seized a 3-0 victory, collecting another three points in the competition. Halfway in the group phase, the players of head coach Daniele Santarelli top the chart in Pool E. POLICE are second with 2 wins and one loss (6 pts.). 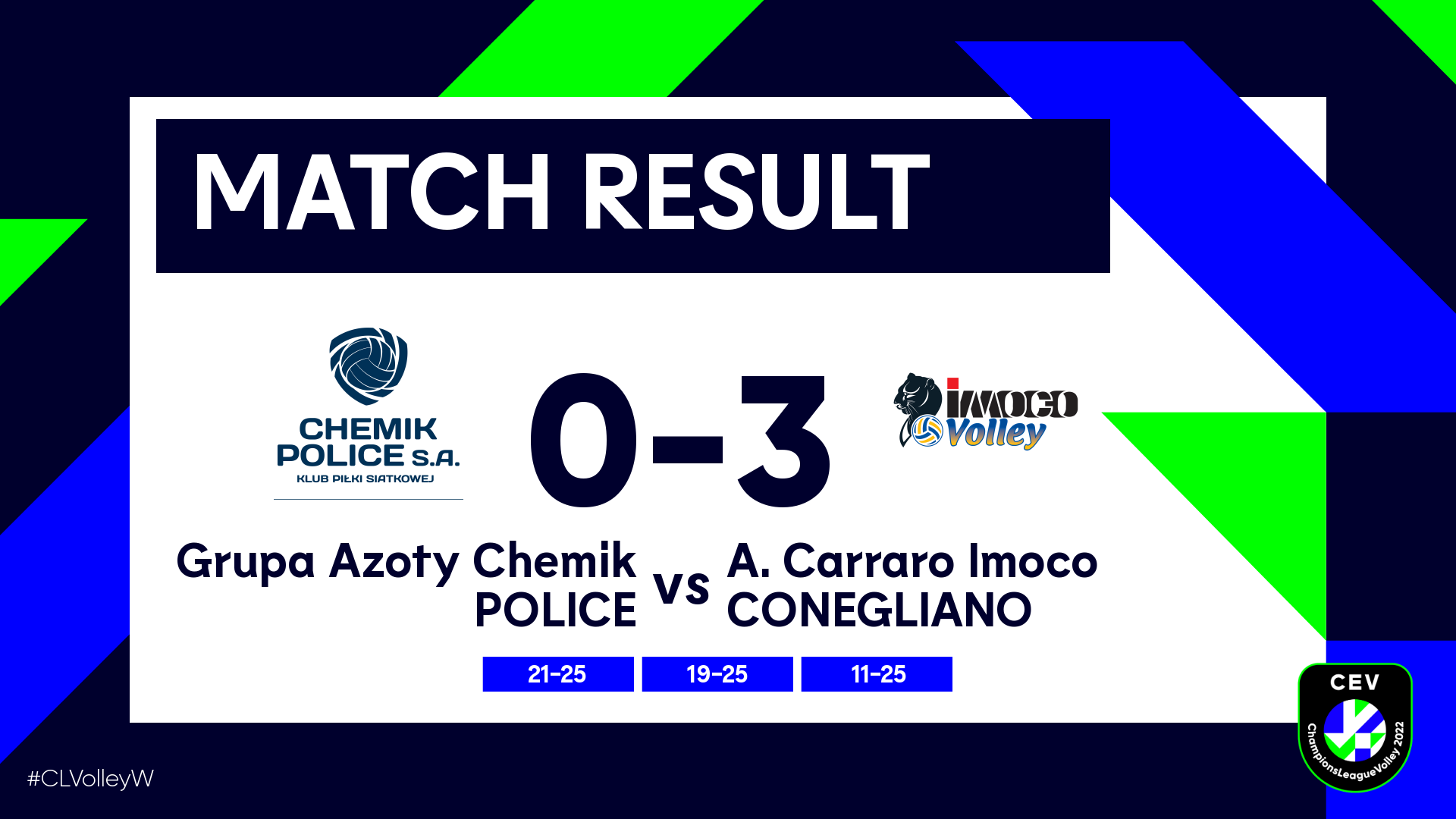 The Polish setter of A. Carraro Imoco CONEGLIANO - Joanna Wołosz delivered great performance this evening. Inspired to come back for a first time playing in the hall of her former club, Wołosz guided her teammates towards the win. A nice gesture from Grupa Azoty Chemik POLICE before the first referee whistle set the tone for a wonderful CLVolleyW evening as Joanna received a special gift of appreciation - a bouquet of flowers.

The middle blocker of the Italian team - Raphaela Folie, was listed as libero in the match, meaning that she didn’t play. However, her teammates didn’t joke, and with full concentration despite the busy schedule that they have had lately, controlled the game on all counts. 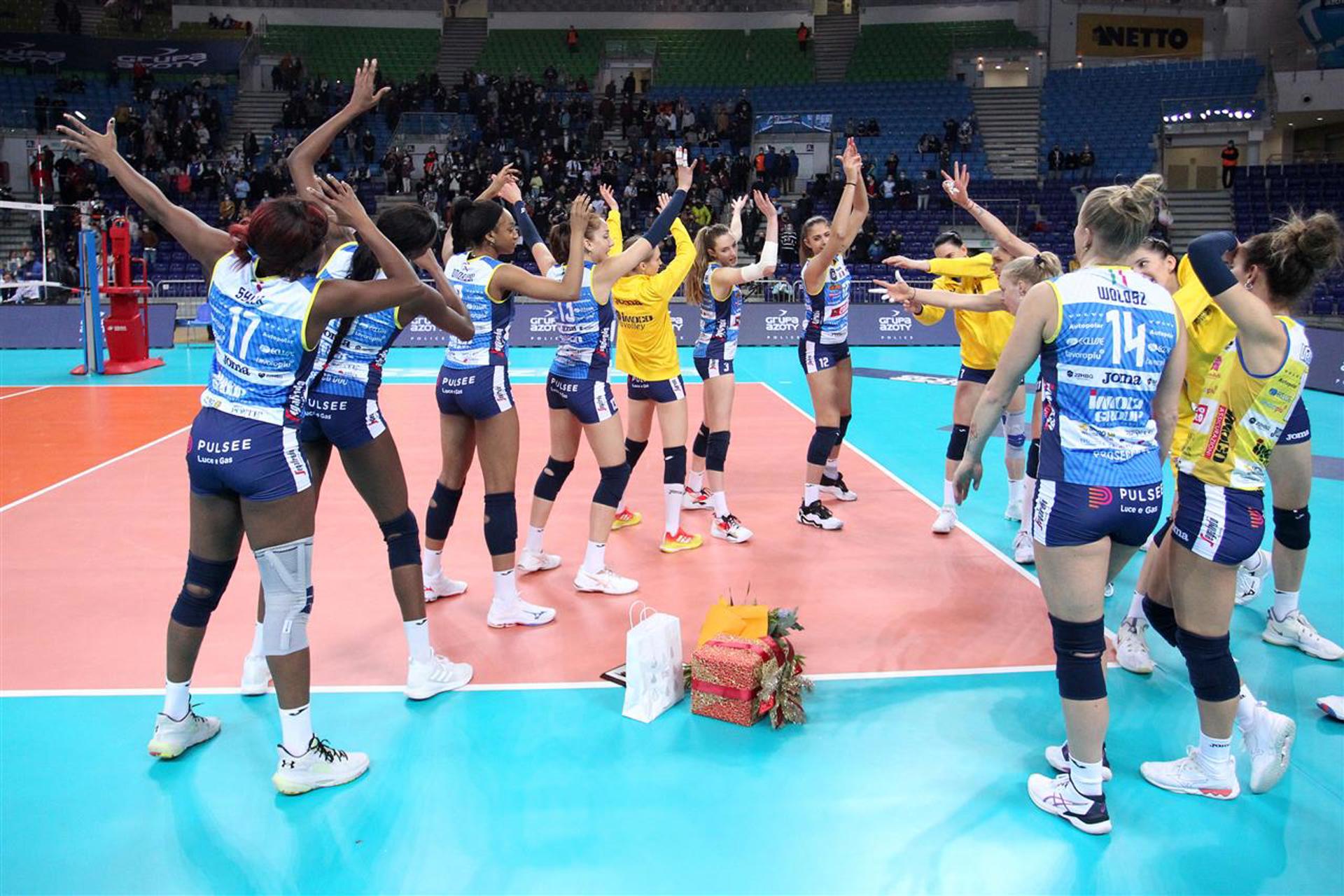 Paola Egonu&co were better in attack (50 to 26 winning spikes; 56% to 31% team efficiency on this element), acing four times (to one by their opponents) and finished with one block more (four to three).

It was a close call in the first set, with Martyna Lukasik from the home side and Hristina Vuchkova of the guests starting good. After a cat-and-mouse game, it was Kathryn Plummer who aced and spiked successfully, making the difference in Conegliano’s favour grow at 21-16. Egonu was impeccable in these moments as well.

A good combination with Vuchkova on the serve and Egonu in the beginning of the second set, helped the players of Santarelli to enter better in this part (5-2). Lukasik tried to make it difficult for her opponents' reception, but good contribution on the block and spike by Robin De Kruijf were crucial. Wołosz and Egonu was shined.

The Panthers stormed in the third set, disappointing Police mostly with successful attacks (16 to five).

Paola Egonu finished as top scorer with 19 points to her name (60% efficiency in this element), grabbing the MVP award.

“We have had a difficult time - travels, little time for practices. That is why I appreciate today's result, since I've expected a more difficult match.”

“Joanna Wołosz made a difference. It was difficult for us to keep up with the block on the wings, our block-defence system did not work well today. Conegliano showed their class and deserved to win.”