A. Carraro Imoco Conegliano qualified for the 2021-2022 edition of the women’s CEV Champions League Volley as the champions of Italy, but entered the competition as the champions of everything. The heavy favorites were on a Guinness world record-breaking winning streak across all tournaments, holding the trophies of the FIVB Club World Championship, the CEV Champions League, the Lega Pallavolo, the Coppa Italia and the Supercoppa Italiana. 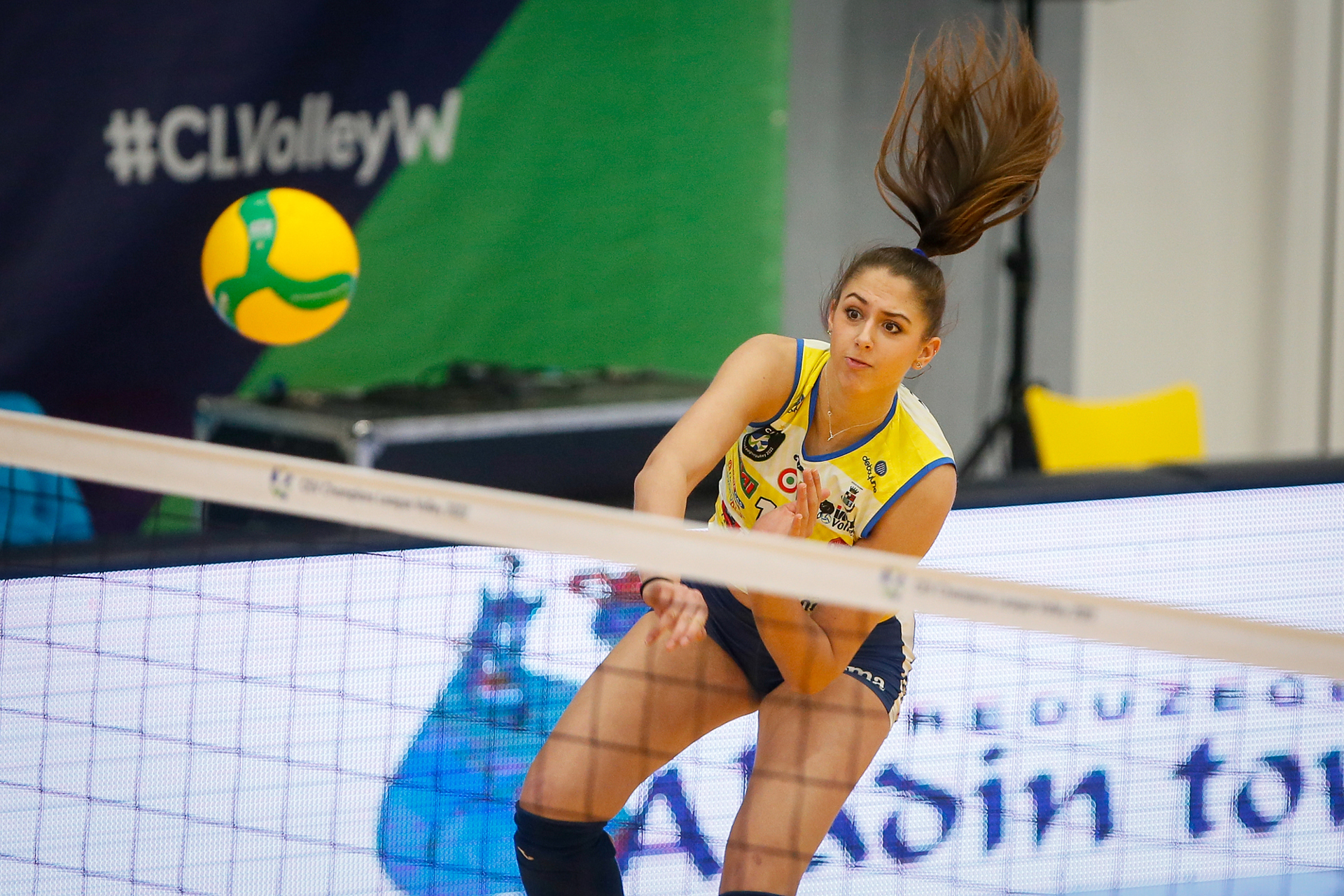 The draw for the pool stage of the 2022 Champions League placed the defending titleholders in the company of Poland’s Grupa Azoty Chemik Police, Hungary’s Fatum Nyiregyhaza and Serbian rookies Ub.

Imoco started their Pool E campaign on November 24 with a home game against Ub and lived up to their powerhouse status with a 3-0 (25-8, 27-25, 25-16) shutout. With some of the team’s brightest stars sitting out that match, young opposite Giorgia Frosini made her Champions League debut a few days before turning 19 and delivered the match high of 16 points.

About a week before their second match, Imoco surprisingly lost a domestic game in Italy, which put an end to their amazing victory run, but that didn’t stop them from hammering out another emphatic straight-setter, 3-0 (25-18, 25-13, 25-11), as they visited Nyiregyhaza on December 9. This time, their new American addition Kathryn Plummer was the game’s leading scorer, again on 16 points.

Next on their Champions League agenda was the trip to Poland, which was supposed to be Imoco’s toughest challenge in the pool. As it turned out, it wasn’t. The Italian squad mastered a convincing 3-0 (25-21, 25-19, 25-11) clean slate, but with star opposite Paola Egonu now in full swing for the match high of 19 points.

Imoco’s home game against Fatum did not take place because of pandemic-related issues and the Italian team was awarded a 3-0 forfeit win.

Then, on February 2, coach Daniele Santarelli’s team travelled to Ub for another 3-0 (25-16, 25-22, 25-13) straight-setter. Bulgarian star middle Hristina Vuchkova was on fire at the net and from the serving line and emerged as the best scorer of the match with 14 points to her name.

Although the quarterfinals put Imoco against another strong Italian team, Vero Volley Monza, Santarelli’s players continued their impeccable run with a 3-0 (25-21, 25-21, 25-19) away win on March 9, on the wings of another solid scoring performance by Egonu, who contributed as many as 27 points within the three sets of the match.

It was at that moment when the team from Conegliano booked their spot in the Super Final, since it was clear that they would skip the semifinals for lack of an opponent. They were supposed to play against the winner of the quarterfinal series between Dinamo Moscow and Dinamo-Ak Bars Kazan, which never took place after all Russian clubs were removed from the competition.

Imoco will now be looking for a repeat of last year’s Super Final victory over Turkey’s VakifBank Istanbul as they meet the same opponent again this year, on May 22, at 18:00 local time, at the Dvorana Center Stozice in the Slovenian capital Ljubljana.