The CEV Champions League Volley rookies from Slovakia, Rieker UJS KOMÁRNO, continued their journey in the competition with a home match against the 30-time national champions of Greece, Olympiacos PIRAEUS. 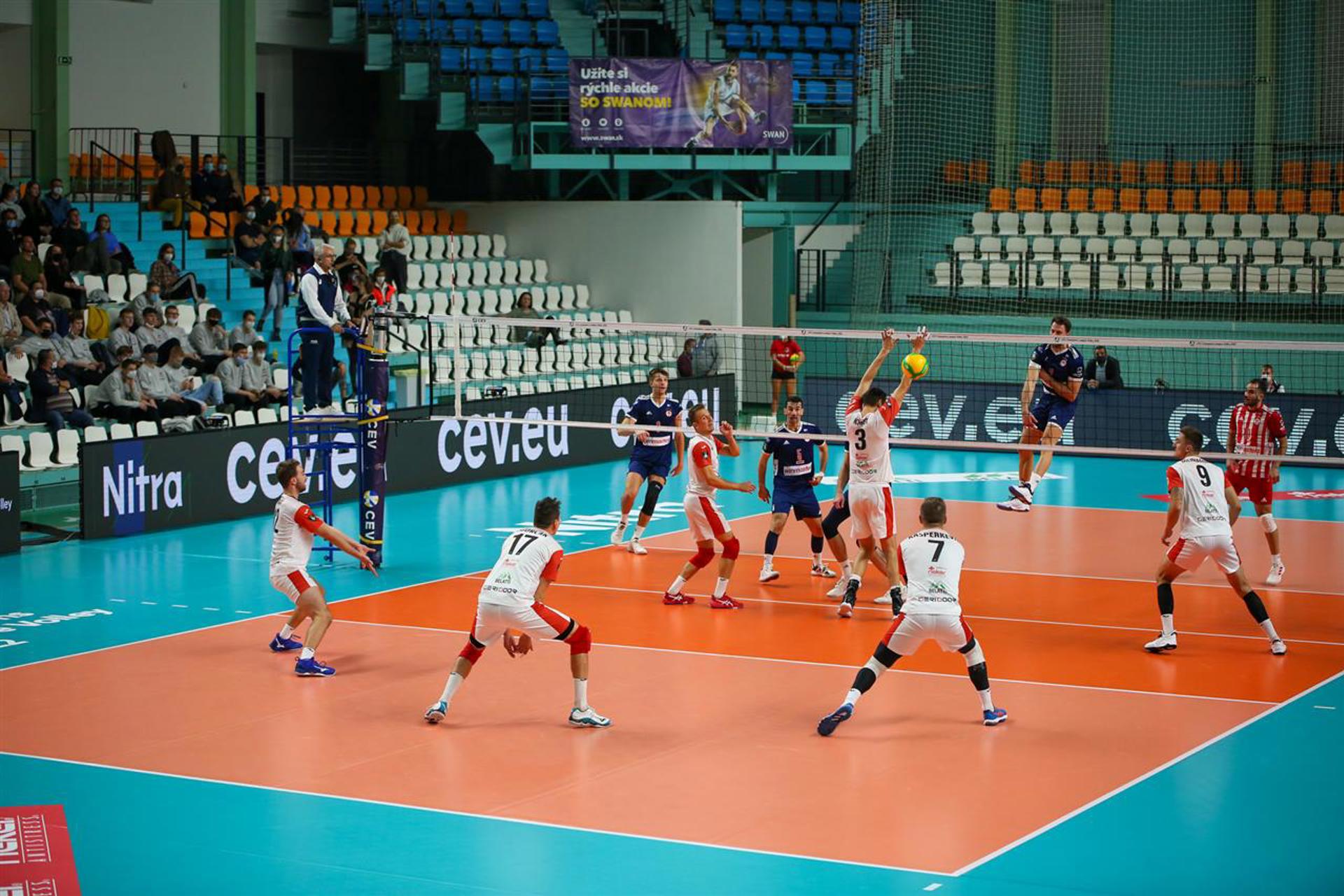 It was an honour for the home side to be hosting such a decorated opponent. Quite surprisingly and after delivering a heroic performance, the hosts claimed the first set 25-22 before the second turned into a real drama – Olympiacos needed as many as 12 set balls and to defend four for the Slovakian team before securing a 40-38 win. After that, Olympiacos managed to impose their quality and experience, even though the fourth set remained close up until 21-all before the visitors scored a few points in a row to take the win by 3-1 and maximum three points with it. Latvia’s Hermans Egleskalns piled up 37 points for Olympiacos as Peter Mlynarcik scored 24 times for the home side.

The fans in attendance in Nitra as well as those following the match on TV or through the Internet very much enjoyed the experience and they can now look forward to an exciting second fixture between these two teams coming up on October 27 in Piraeus.