THY ISTANBUL with first victory in CLVolleyW

The Turkish THY ISTANBUL recorded their first victory in the Champions League Volley - Women, as on Tuesday they outclassed at 3-0 the Czech of VK Dukla LIBEREC. In a match that lasted 73 minutes, the players around head coach Marcello Abbondanza proved better on all counts and grabbed the three points. They are currently standing on third place in Pool C, with one victory and two losses so far.

This was the first matchup ever between Thy Istanbul and VK Dukla LIBEREC. 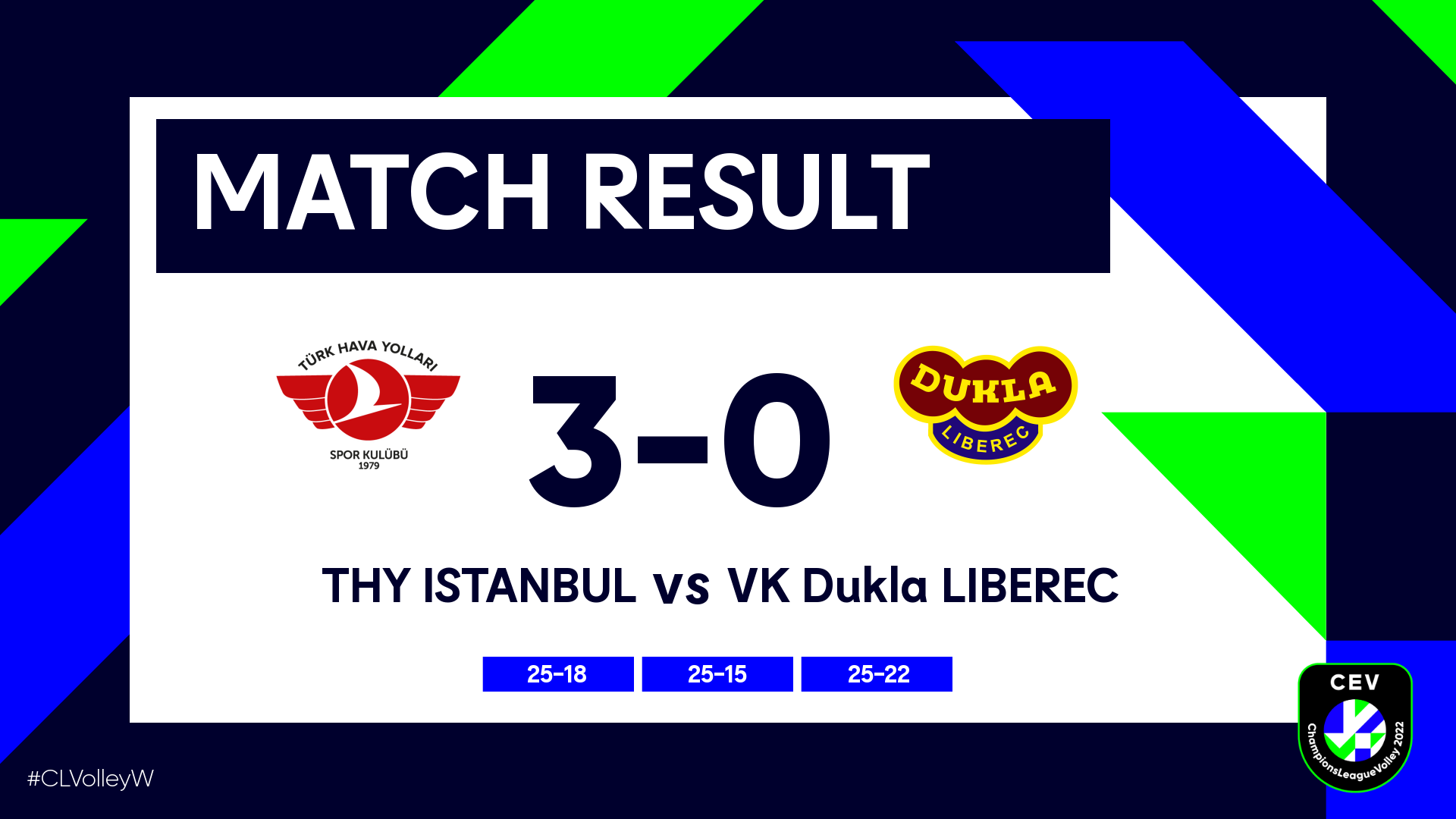 While the first victory for the team in Pool C, three of the players from THY Istanbul have already experienced the joy of winning the CLVolleyW title. Bahar Toksoy Guidetti had won it twice in 2011 and 2013; Polen Ünver once in 2013; Şeyma Ercan once in 2015 and Lauren Carlini once in 2019 against Igor Gorgonzola Novara. 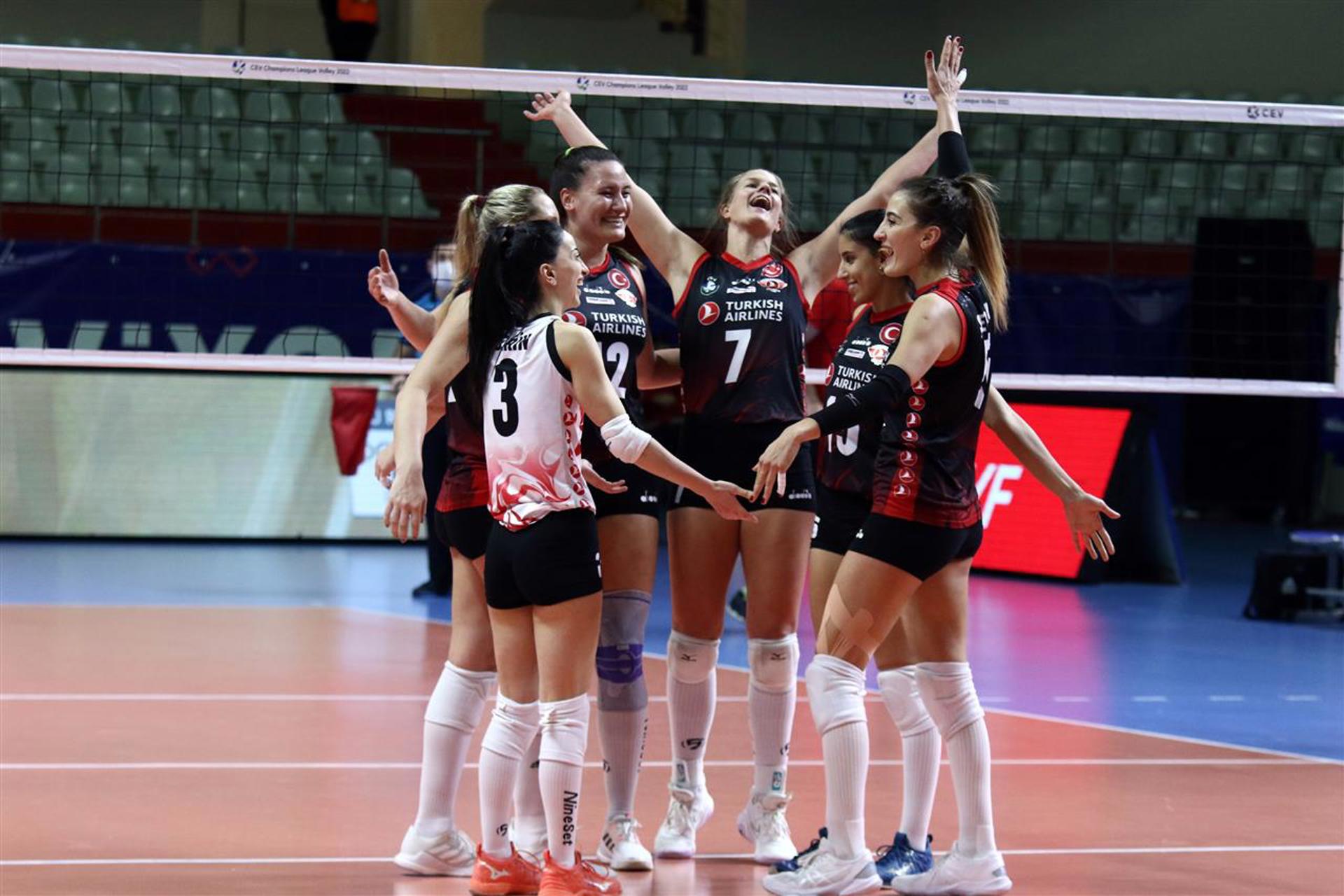 On Tuesday, the Turkish team started better in the matchup right after the first referee whistle. Leading throughout the whole first set (8-5, 16-12), THY Istanbul did not let any surprises in this part. Their full domination continued in the second set as well (9-3,10-3,18-9). However, in the third one, the guests from VK Dukla LIBEREC showed fighting spirit and were breathing down their opponents’ necks since the beginning. In a close call in the first minutes (4-4), Polen Ünver scored an ace for 5-4. When it seemed that the guest would score a break point for 6-4, a video challenge determined the score to be 5-5. Both sides continued their fight until the end, and although THY were delivering more successful performance on the attack, VK Dukla LIBEREC were showing smart play, not allowing their opponents to build a comfortable point difference. The intrigue was alive until the very last moment, but thanks to their experience, the players of THY seized the victory.

The opposite of THY Istanbul, Kiera Van Ryk was named as MVP of the match. 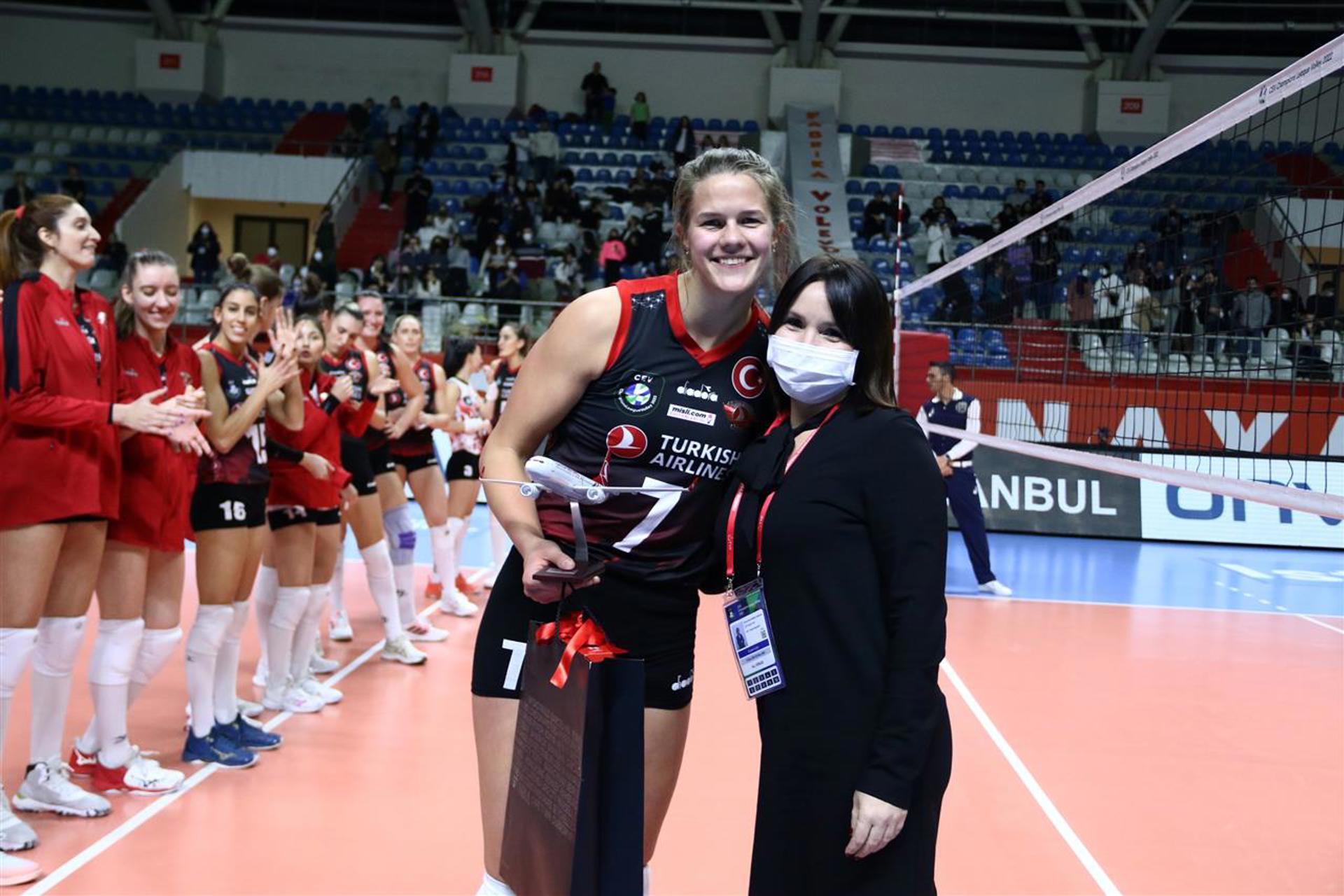 Kiera Van Ryk, opposite of THY Istanbul with the MVP award

“I am really happy that we won the game like we wanted. This is our first Champions League win! Now, we have to focus on our next few matches in the tournament, so to advance to the next round.’’

Aslı Kalaç
Player of THY Istanbul

“I'm really proud that we won our first match in the Champions League. This is huge for our club, and I hope that we can carry this moment into the next round of the tournament, and in the second half of the Turkish league season. Our team has worked so hard and I'm happy for us. We played strong, so I'm happy that we did our job and came out with the win.’’

Tori Dixon
Player of THY Istanbul

This is the 10th victory of THY Istanbul the season. The Turkish team has lost only three games so far, and they stand 4th in current standing in the league. For VK Dukla LIBEREC, on the other hand, this is a debut season in Champions League have plyaed five seasons in the Czech Extraliga.