The newly crowned World Club Champs of VakifBank Istanbul seem to be unstoppable as only three days after claiming the title, they were back on fire on the CLVolleyW stage. In a match of Leg 3, the Turkish powerhouse and silver medallists from the 2021 edition of Europe’s competition, seized a straight sets victory over the French ASPTT MULHOUSE VB. In their last fixture of 2021, the players around head coach Giovanni Guidetti, in great spirits, seized the victory for 71 minutes. 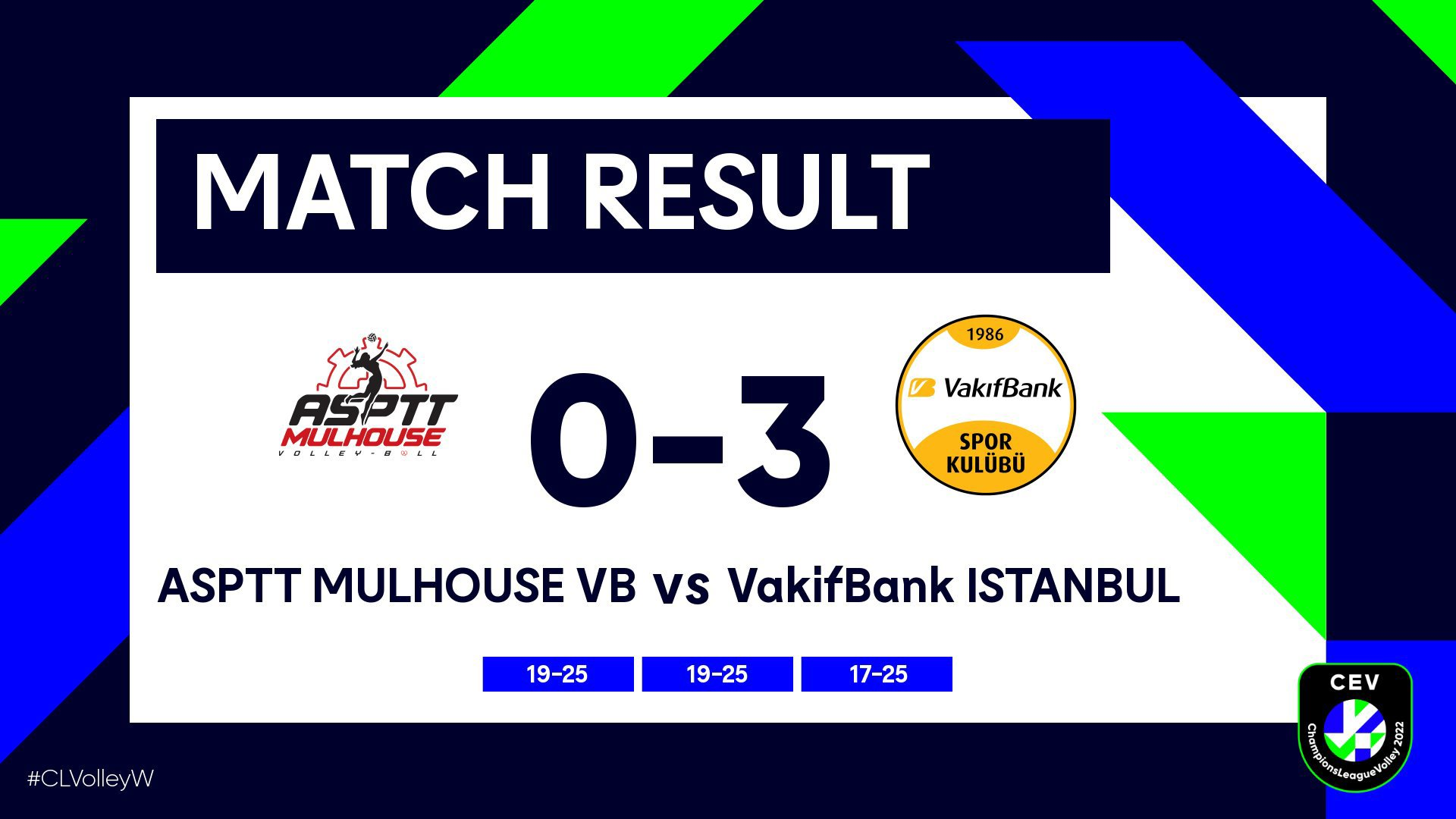 Finishing the year on a positive note, and with three wins out of three matches (9pts.), VakifBank currently top the charts in Pool B. The Italians Vero Volley Monza are following them with two wins and one loss (6pts.), while this evening’s hosts from ASPTT MULHOUSE VB are third with one win and two losses (3pts.). LP SALO are last with no victories yet.

On Wednesday, both VakifBank and ASPTT Mulhouse started inspired in the match. The hosts put up a real fight thoughtout the whole first set, breathing down their famous opponents’ necks. The fans at the Palais des Sports in Mulhouse enjoyed some fast rallies and sharp attacks. The home side were delivering good level of defence play, but it wasn’t enough as VakifBank seized all their opportunities and finished with as many as five aces (to none by the hosts).

After this close call in the first set, the players from Istanbul found their more stable game and started leading. Isabelle Haak and Gabriela Guimaraes, supported by Michelle Bartsch-Hackley were stealing the show. Thanks to a good teamwork, VakifBank were better on the block in this part (five to none).

Gabi on the serve helped VakifBank to storm out in the beginning of the third set. Controlling the game throughout the entire set, the guest emerged victorious with a block by MVP Haak.

The match was a special one for the Swedish star, who finished with 22 points, as she met on the other side of the court her sister Anna (8pts.in the match). For the winners, Gabi was the second best scorer with 16 points to her name. "Mulhouse played much better than I had seen on video, and it was not easy. As a result, it was a very nice game, the public must have enjoyed the show. Between our World Club Championship final on Sunday, the press meetings on Monday and the trip on Tuesday, we really hadn't prepared well for the game. But whether it's in attack, in defence, we are a little stronger Mulhouse. That's why we were always able to make the difference.”

"I am very happy with our performance. We didn’t deliver that good of performance in our previous two games, and here our attitude was totally different. I saw a lot of will from our players. I only have one regret. If we could have defended two or three more balls in the first two sets, I think we could have taken a set.”