VakifBank and Imoco start on the right foot in #CLVolleyW

As many as four #CLVolleyW matches took place this Wednesday, with the Super Match of the Week between VakifBank Instanbul and Vero Volley Monza being the highlight of the evening. The Turkish powerhouse found their way to the victory in Pool B, outclassing their opponents at 3-1 (23-25, 25-23, 25-16, 25-21), but the Italians showed great potential. In Pool E, the reigning champions of A. Carraro Imoco Conegliano did not have any problems with the Serbian ZOK UB, seizing a straight-sets victory (25-8, 27-25, 25-16). 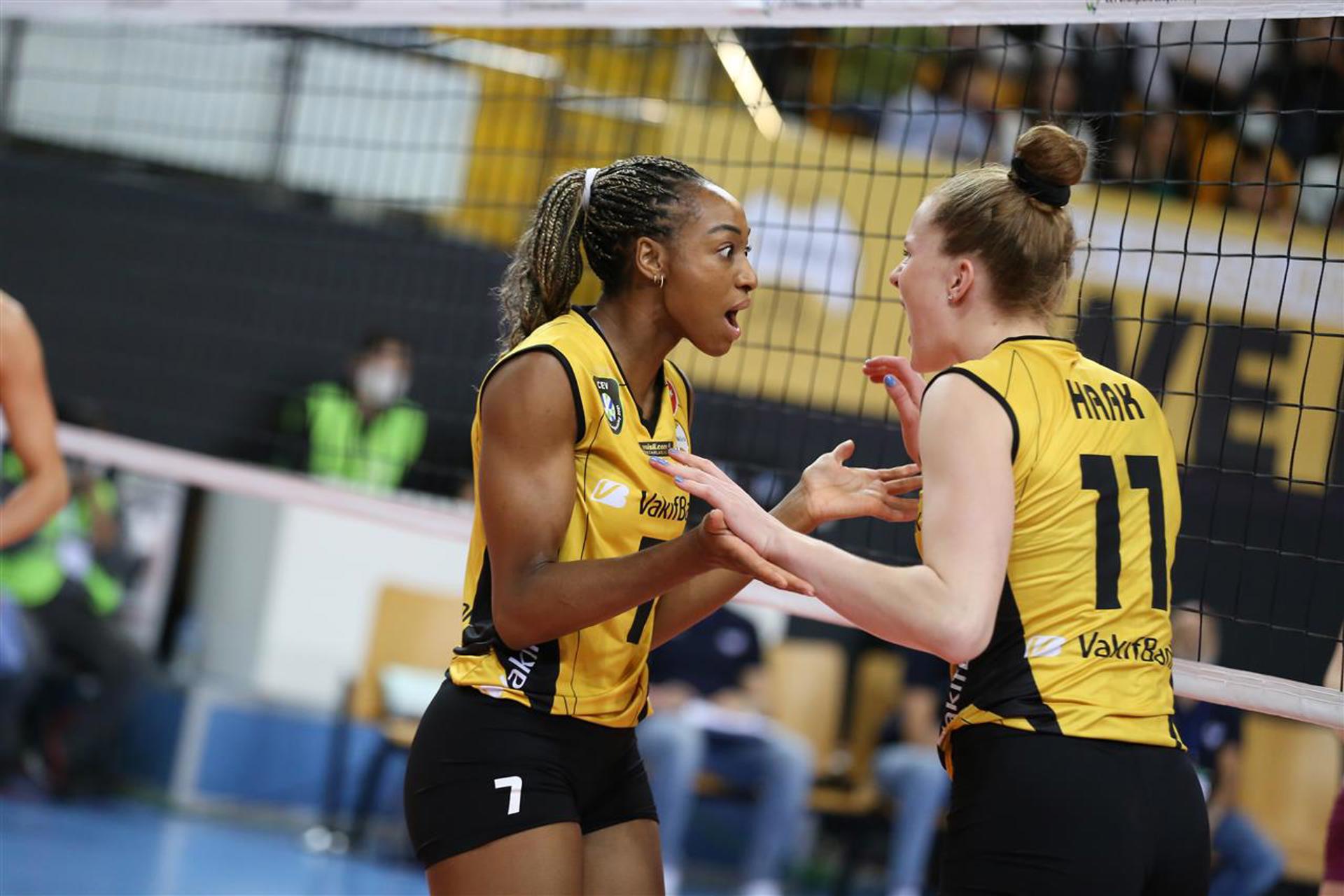 The Italian debutants from Vero Volley Monza were off to an excellent start in their #CLVolleyW campaign as they took the first set against the Turkish powerhouse of VakifBank Instanbul. In a close race throughout the whole first set, as many as two aces, three blocks and 17 winning spikes helped Monza to open. Katarina Lazovic was above all in this part, recording six points to her name.

After another “cat and mouse game” in the second set, VakifBank showed nerves of steel and brought back the intrigue in the match, taking a leading role in the different elements. Inspired, the players around head coach Giovanni Guidetti stormed out in the third set, showing why they are the team currently holding the record for most Champions League titles won (4 together with Volley Bergamo). When Monza seemed to be taking things under control again in the fourth set, VakifBank, led by Isabelle Haak came back from behind seven points (9-16) to eventually claim the victory.

Haak became MVP of the match, hammering as many as 35 points for her team’s win. Overall, the improved performance on the spiking turned out to be the key to the success for the Turkish team (67 to 45 winning spikes), while Monza were better on the serve (six to three aces). "I think the key point is that we never stop fighting, even when we were down. You can see, in the end of this game, we're really down a few points, but we never stopped fighting, and we delivered a really great comeback as a team. We had good serves, Gabi scored really important points. And I think we did it all together and it was really fun to play."

"I think the key point is that we never stop fighting, even when we were down. You can see, in the end of this game, we're really down a few points, but we never stopped fighting, and we delivered a really great comeback as a team. We had good serves, Gabi scored really important points. And I think we did it all together and it was really fun to play." The new world record holder for "most consecutive victories of a women's volleyball team” started in an excellent manner in the 2022 #CLVolleyW after outclassing in three sets the team of ZOK UB. It was the first time when the two teams met on the court.
The Panthers started with Giorgia Frosini instead of Paola Egonu, marking the debut in the CEV Champions League for the young opposite, who scored 16 points during the match. Both Frosini and Omoruyi (who eventually became MVP of the match) were in Conegliano's starting six, and have won the World Championship in the past summer with Italy's U20 national team.
The hosts did not leave any chances to their opponents, although ZOK UB showed great spirit in the second set. An inspiring moment for more than 1600 fans in Palaverde Villorba was Imoco recording a 10-0 serie with Hristina Vuchkova on the serving line in the first set. Overall, the Panthers dominated on all counts, finishing with 46 winning spikes (27 by their opponents) and 47% team efficiency in the match.

"We knew that this wasn't a match that we should underestimate, and I think we were good at executing what we had prepared before the match. It was a good match to get this first win under our belt."