Poland’s Jastrzebski Wegiel has had an incredible pool phase in the CEV Champions League Volley, winning all their five matches and attaining qualification into the quarterfinals of the competition before the final match of the round.

All matches are available live and on-demand on EuroVolley.TV 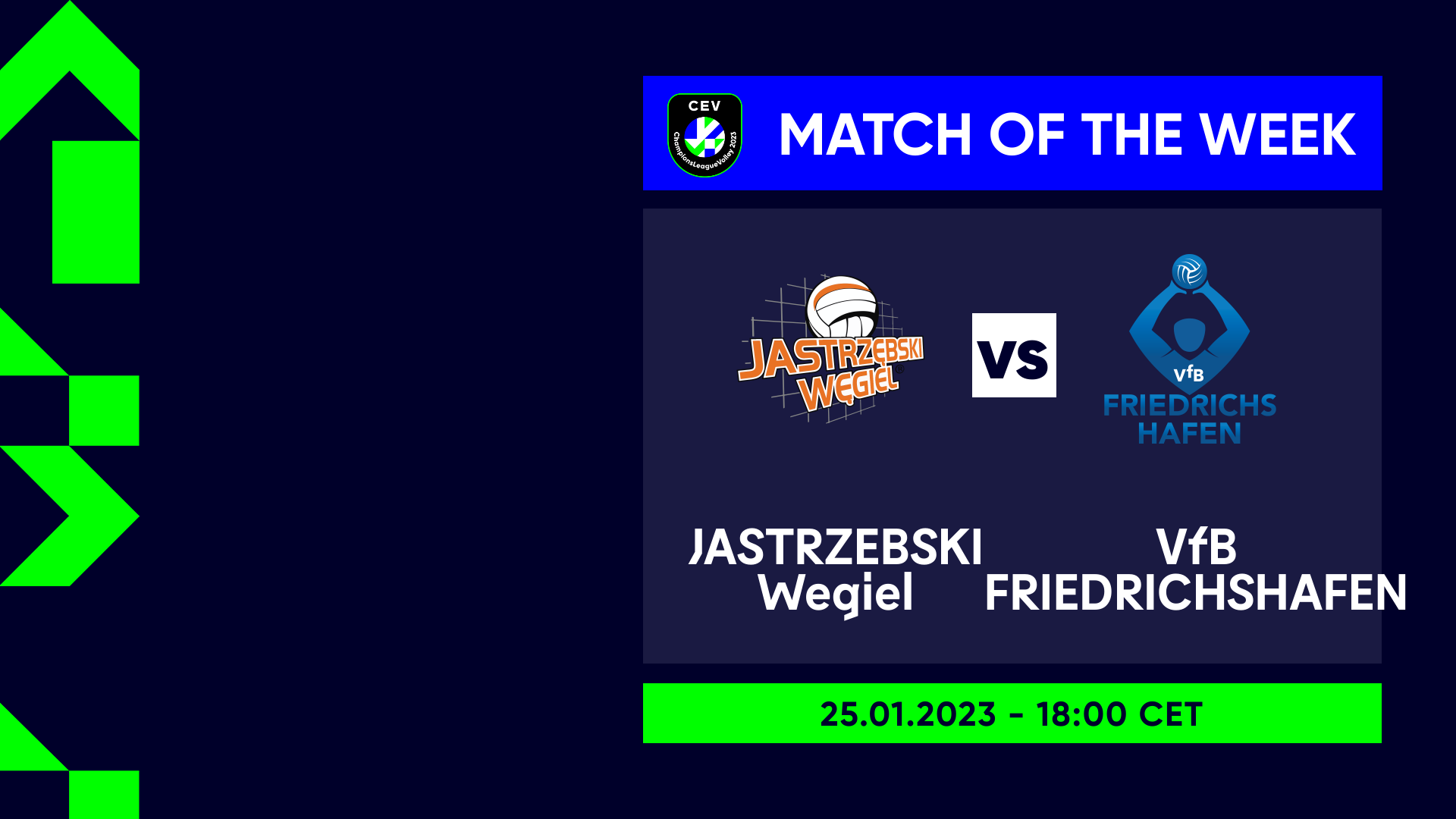 Their opponent in today’s Super Match of the Week, Germany’s VfB Friedrichshafen has been going through its best phase in the Champions League in recent times, winning four of their five matches and qualifying for the playoff phase.

Despite not having anything at stake in terms of qualification, this match promises to be one of the most entertaining we have seen so far given the lack of pressure that comes from not having to worry about the result.

They have met 5 times before in the Champions League

More interesting facts and the possibllity to vote for your winner HERE. 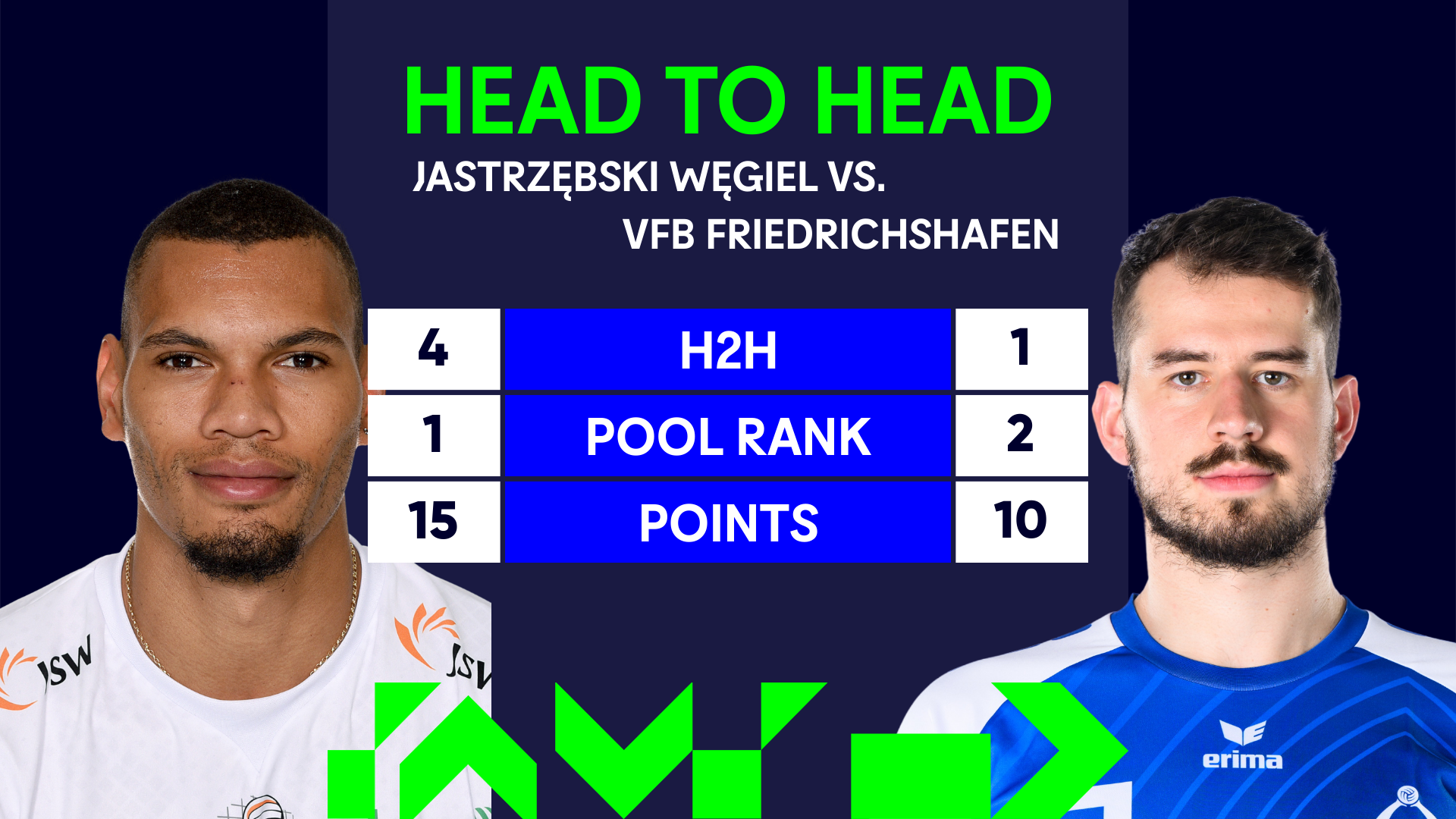 All remaining nine matches of the final leg in the pool phase are also schedule to take place today with a seat in the quarterfinals and the playoff places still undecided.