Eczacıbaşı Dynavit Istanbul and A. Carraro Imoco Conegliano both extended their winning streak on Wednesday, outclassing their opponents and keeping their leadership positions in their respective Pool E and Pool A.

#CLVolleyW Pool E leaders - Eczacıbaşı Dynavit faced no problems against the Bulgarian Maritza Plovdiv, outclassing them in straight sets in the Super Match of the Week in the Women’s Champions League Volley.

The players of head coach Ferhat Akbas could deliver the victory in less than an hour, as the match lasted 55 minutes only. The Turkish powerhouse dominated on all counts and remain unbeaten in the group, recording their fourth win (having given away only a set).

The White and Orange stormed in the beginning of the first set, taking an early lead at 6-1. They kept their domination (19-11) and opened easily in their favour, counting on many young players on the court. Three aces and two kill blocks made the difference in this set, together with the more mistakes delivered by the Maritza team - 10 to two. 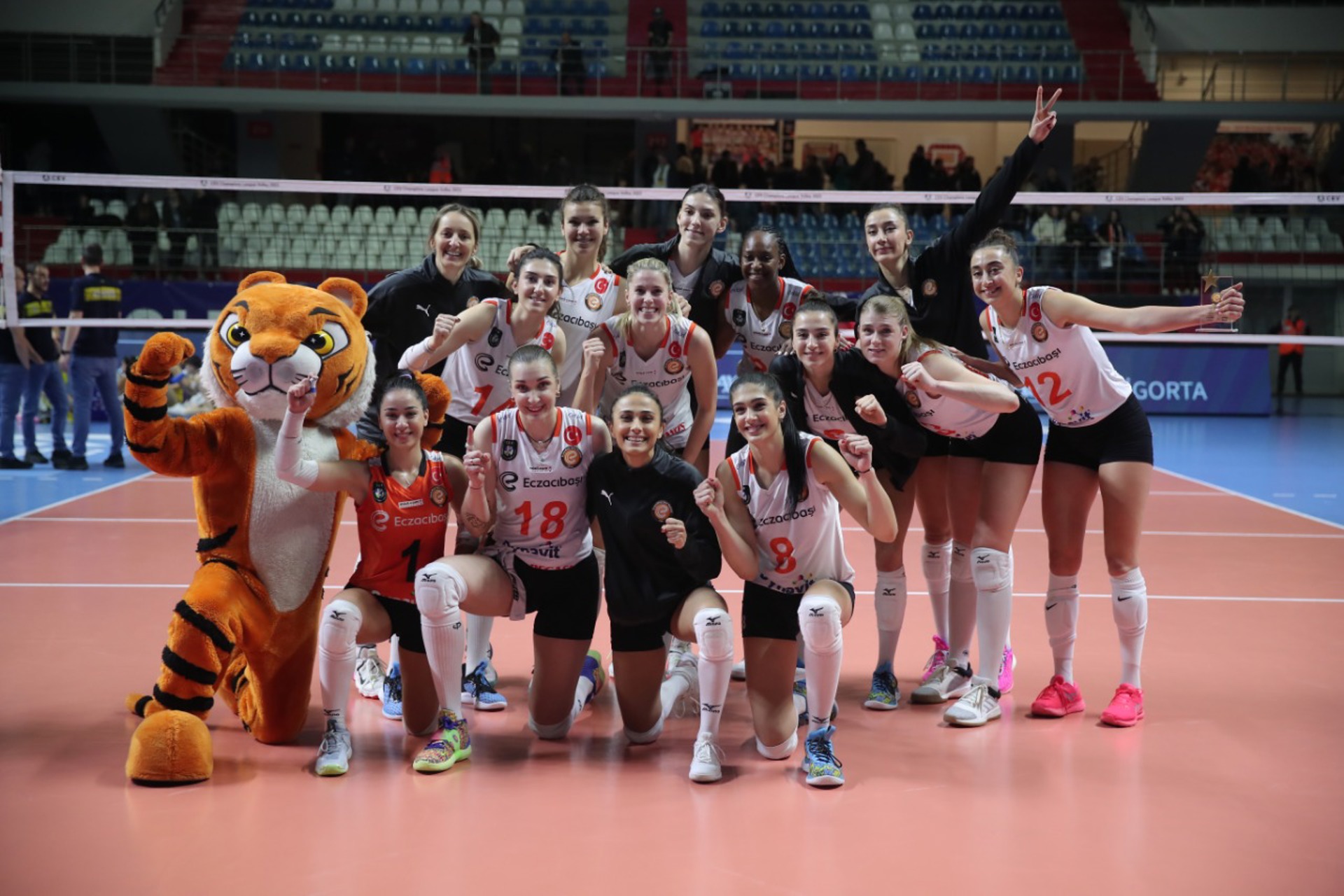 It seemed that Maritza could come back in the beginning of the second set, but led by Laura Heyrman and Samanta Fabris, Eczacibasi kept controlling the game and got closer to the victory thanks to a good performance on the serve-block system (three blocks and three aces).

Speeding up even more in the third set, the Turkish congratulated themselves with the final victory after 12 to one winning spikes in this part, and six to one blocks.

“It was very important for us to win today's match. We wanted to score as many points as possible, and the most important thing is that we keep the first position in the pool.”

The reigning FIVB Volleyball Women's Club World Champions of A.Carraro Imoco Conegliano also did their job right on Wednesday, seizing a 3-0 win against their opponents from Pool A, the French Volley MULHOUSE Alsace.

Thanks to this victory, the Panthers remain unbeaten in the group, and after four legs of play, are pool leaders. 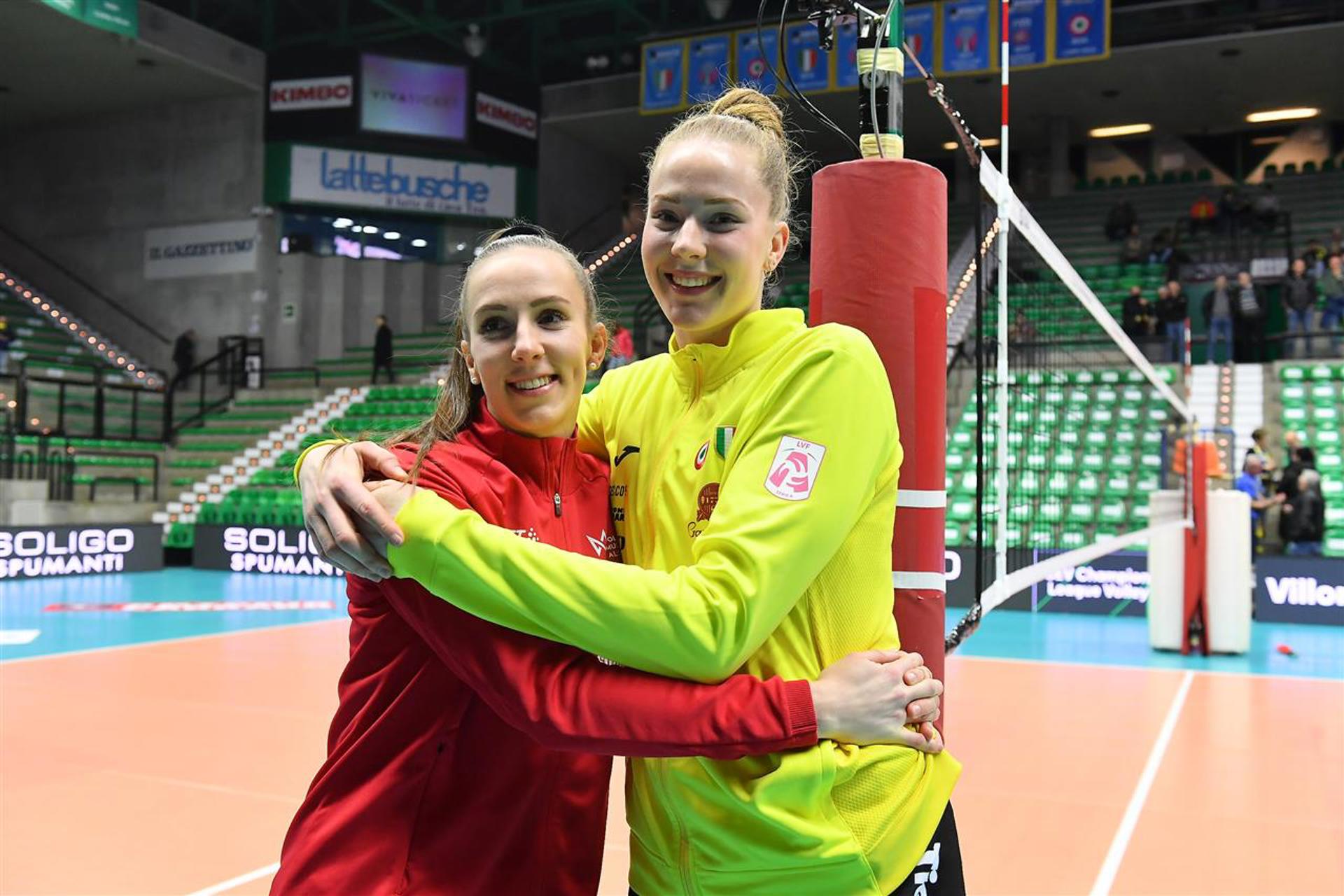 The day was a special one for the Italian side because the match against Mulhouse Alsace marked the 200th home match in the history of the club (which began back in 2012). Additionally, the star of the Panthers - Isabelle Haak, had a special encounter on the court with her older sister - Anna, who plays for the French team.  In the "family clash" between the Haak sisters, Isabelle of A.Carraro Imoco Conegliano scored 11 points, her older sister Anna on the other hand 10 for Mulhouse Alsace

It was a close call in the beginning of the first set, as the guests tried to keep up with the hosts’ rhythm (9-9), but a great service serie by Robinson Cook broke the balance, as Alexa Gray and Isabelle Haak scored six points in these moments. Precisely the better performance on attack sealed the deal for Imoco - as the players around head coach Daniele Santarelli finished with 18 winning spikes (to six). 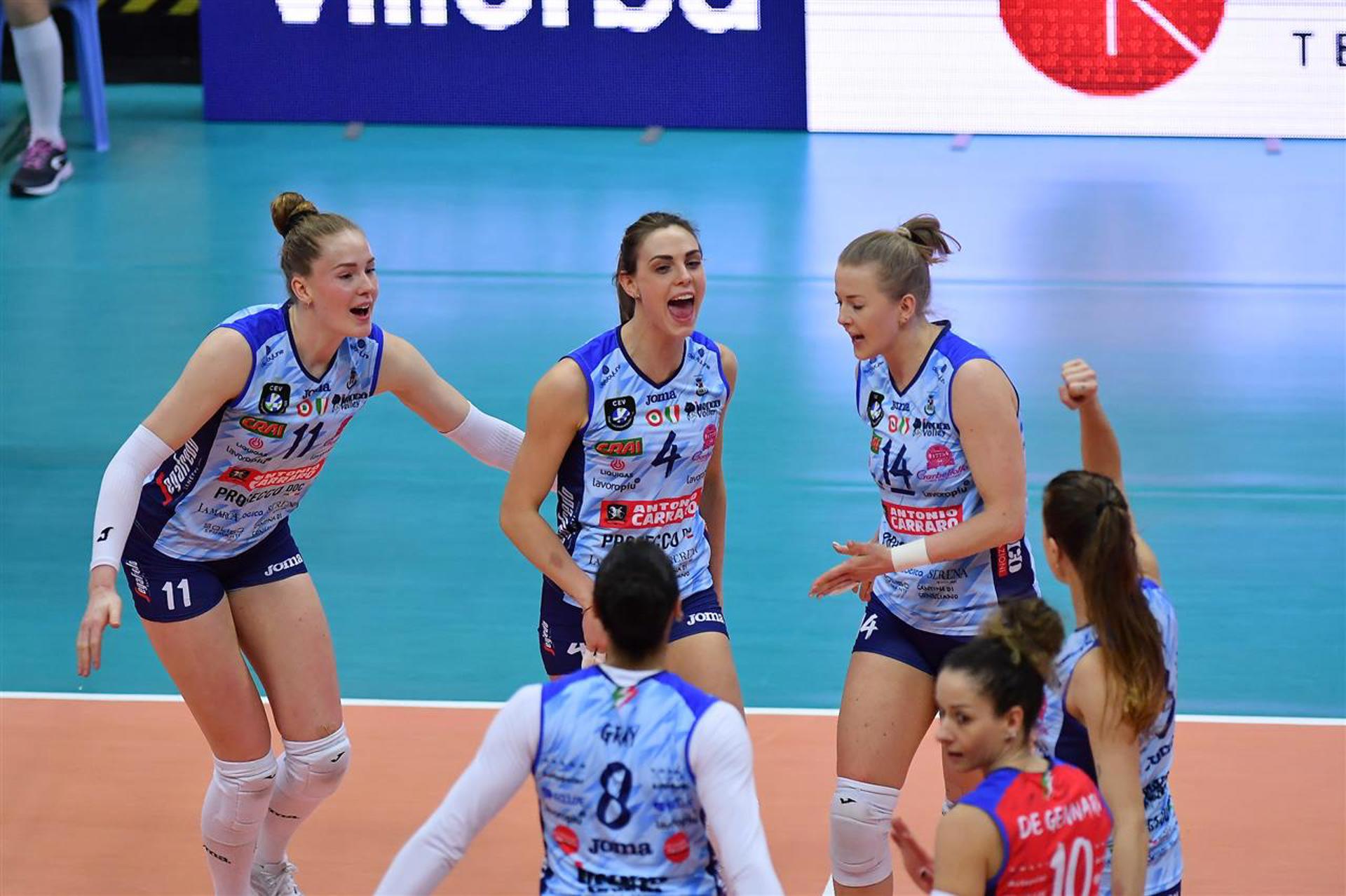 A similar scenario unfolded in the second set -  the home team took the lead in the middle of the set and never looked back. Excellent Robin De Kruijf (six points, three blocks in the set) and the defence of the libero Monica De Gennaro (who was able to even record a point)! While the Italian domination on attack continued (15 to nine winning spikes), four kill blocks (to zero) made the difference for Imoco in this set.

Although the French tried their best in the third set, the Italians managed to keep calm and seize the victory. Statistically, this was the most balanced set - 11 to 10 winning spikes, three kill blocks each team, two to one aces for the French.

"Today, we played well, without errors, strictly. We are coming back after a somewhat difficult period, and we are preparing well for the key moments of this intense season.”

"As long as we were able to defend and receive well, we were able to stick to A.Carraro Imoco Conegliano, but they are the world champion team, and it is hard for us to compete against them. It was nice to play here against these champions, now we hope to get results in the next matches against easier opponents."