Fenerbahce and Developres start on the right foot in #CLVolleyW. Karakurt Shines Bright for Novara

Fenerbache OPET Istanbul and Developres RZESZÓW started on the right foot in this year’s edition of the #CLVolleyW as in the much anticipated first two matches in Round 4 they outclassed their opponents from Tenerife La LAGUNA and Volley MULHOUSE Alsace in their respective Pool D and A. Both sides recorded 3-0 wins, confirming they are aware of the importance of each set. 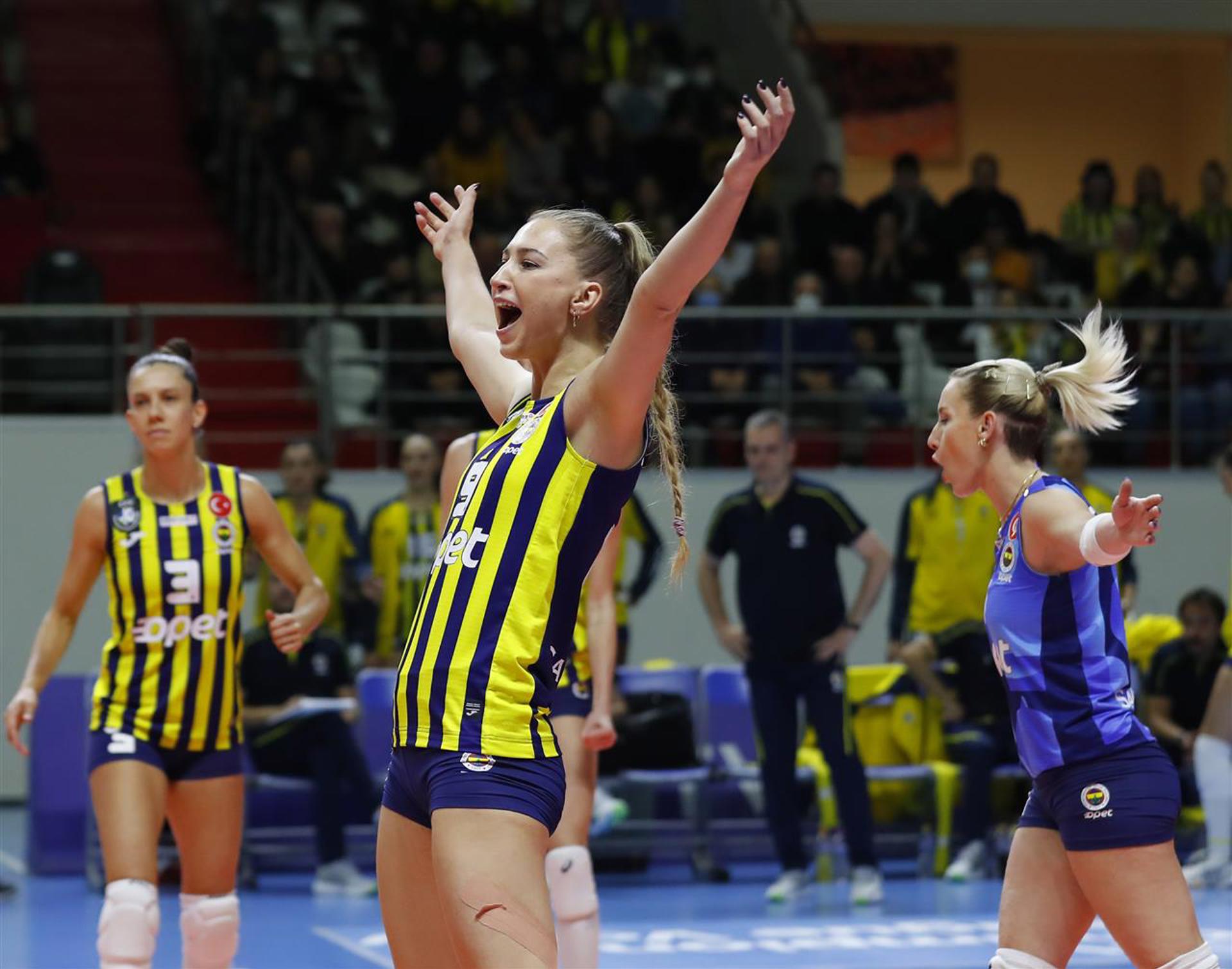 It was a close call in the beginning of the first set (12-10), but led by Arina Fedorovtseva (8pts.) and Anna Lazareva (7 pts.), the hosts opened in their favour. It was the more successful play on attack (18 to 10 winning spikes) that sealed the deal for Fenerbahce Opet ISTANBUL.

The Spanish players were giving their best in the second set (7-6, 16-19) and even took the leadership position at 20-19 in their favour. However, the better experienced Turkish team was able to turn the tables and emerge victorious.

This did inspire the players around head coach Zoran Terzic who started off better in the third set (6-4, 11ch in-7) and never looked back, closing the match in three sets.

Arina Fedorovtseva with 16 points was chosen for MVP of the match.

“It wasn’t easy, but we played good enough. You never know in this group stage of Champions League, and each set matters.”

“It is just the beginning of our journey in the Champions League. We can get better with every game. Anyway, we won, so it is a good start for us.” 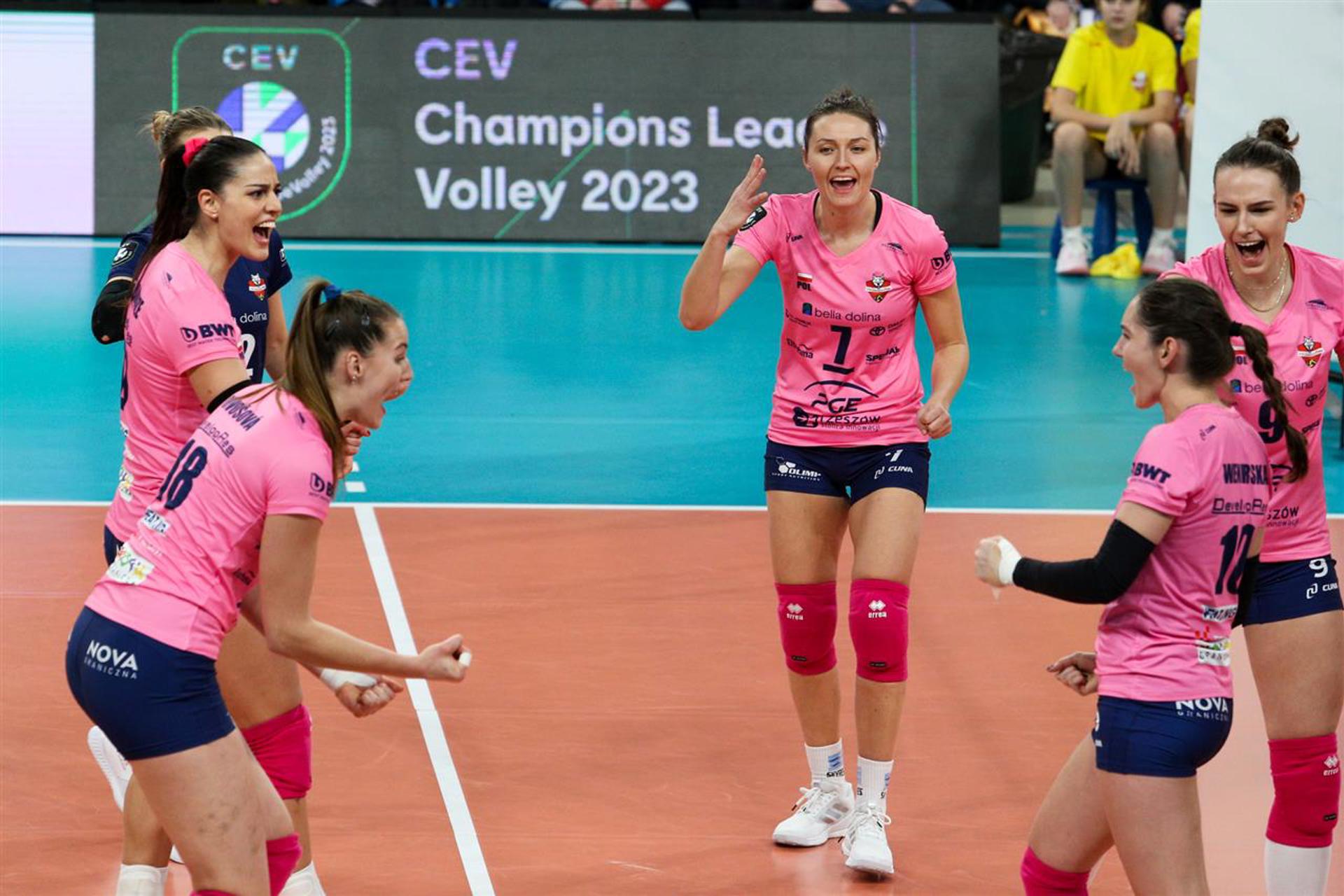 Developres RZESZÓW needed only 74 minutes to clinch a straight set win over their French opponents from Volley MULHOUSE Alsace.

Both teams started highly motivated in the match, following each other in the score. However, with the set unfolding, and with Magdalena Jurczyk on the serve, the hosts found their way to the winning path in attacking. The guests tried their best, but Gabriela Orvosova was unstoppable.

The battle on the court was a fierce one in the second set as well, as both teams were delivering a high-class action. After “a cat and mouse game” (9-9, 15-15), the players of head coach Stephane Antiga could again find inspiration in Orvosova, who, supported by Jelena Blagojevic, was able to lead the team towards the second set-win. 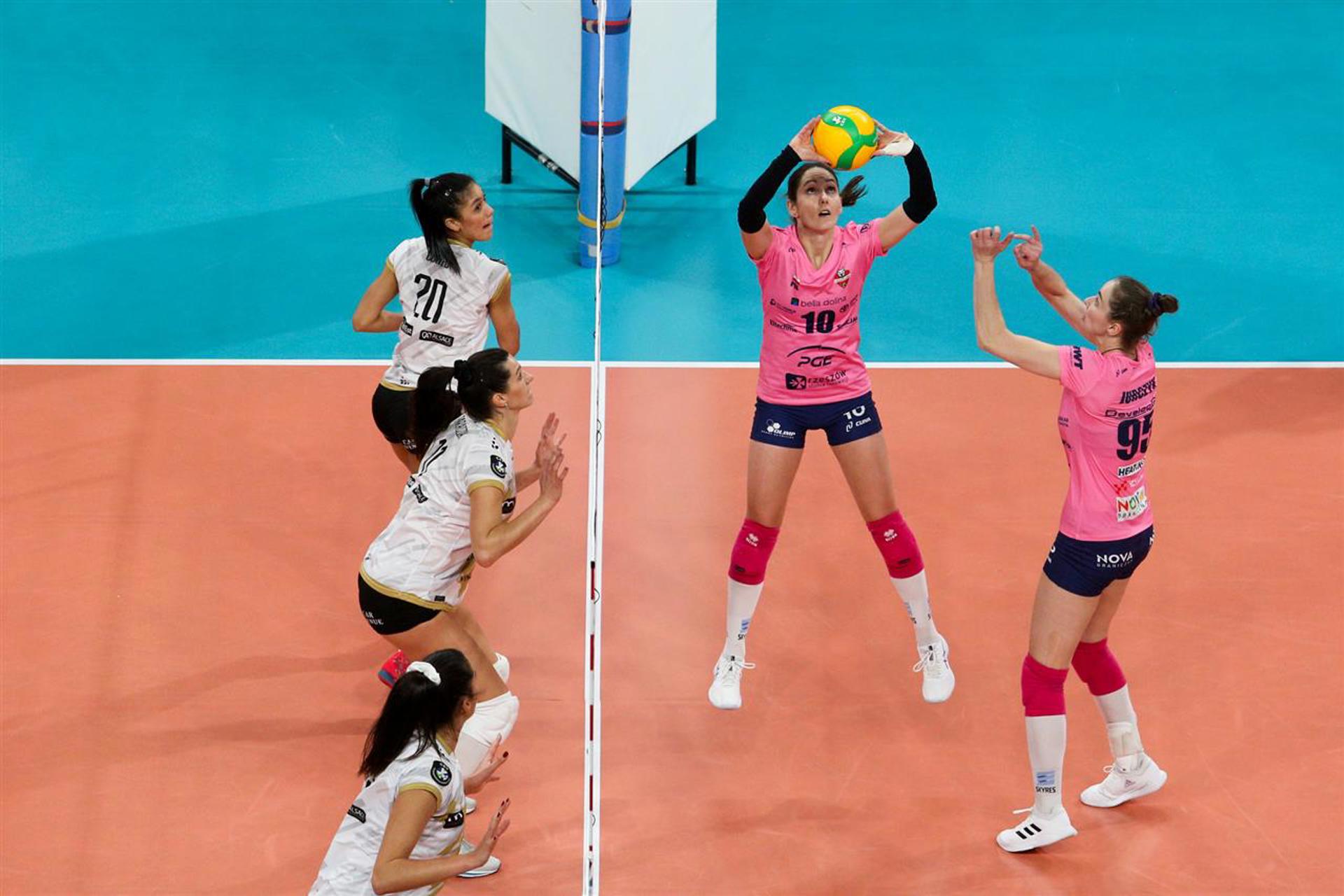 The duo Orvosova- Blagojevic was on fire also in the beginning of the third set, and even though the French speeded up on sever occasions, getting closer to the score, Developres did not disappoint their fans.

The hosts dominated in all Volleyball elements, finishing with 42 winning spikes (to 35), 11 kill blocks (to seven), and two aces to one.

Orvosova with 18 points to her name was chosen MVP of the match. In the third match of the day, the Italian from Igor Gorgonzola Novara lead by the Turkish superstar Ebrar Karakurt got off to a good start in the competition with a win against the German from SC POTSDAM (3:1).

Karakurt was named MVP after scoring her best seasonal performance with 32 points and 5 blocks, with an attack ratio of 59%.

More on this in the dedicated Match Centre.