In Focus: #CLVolleyW Pool A

With the Men’s Champions League already in full swing, it is time for the ladies to take the floor and start the battle for the European crown. In the beginning of December, the best 20 teams will enter the courts across Europe in the #CLVolleyW battles in Leg 1 of Round 4. Fans are already looking forward to seeing some of Europe’s stars delivering their best game in the next few months.

Pool A features the Italian powerhouse A. Carraro Imoco CONEGLIANO, the Polish hopes of Developres RZESZÓW, the Hungarians of Vasas Óbuda BUDAPEST and the French Volley MULHOUSE Alsace.

The first match in the group is scheduled for December 6 when Developres RZESZÓW and Volley MULHOUSE Alsace lock horns, while on the very next day, A. Carraro Imoco CONEGLIANO welcome on home soil Vasas Óbuda BUDAPEST. 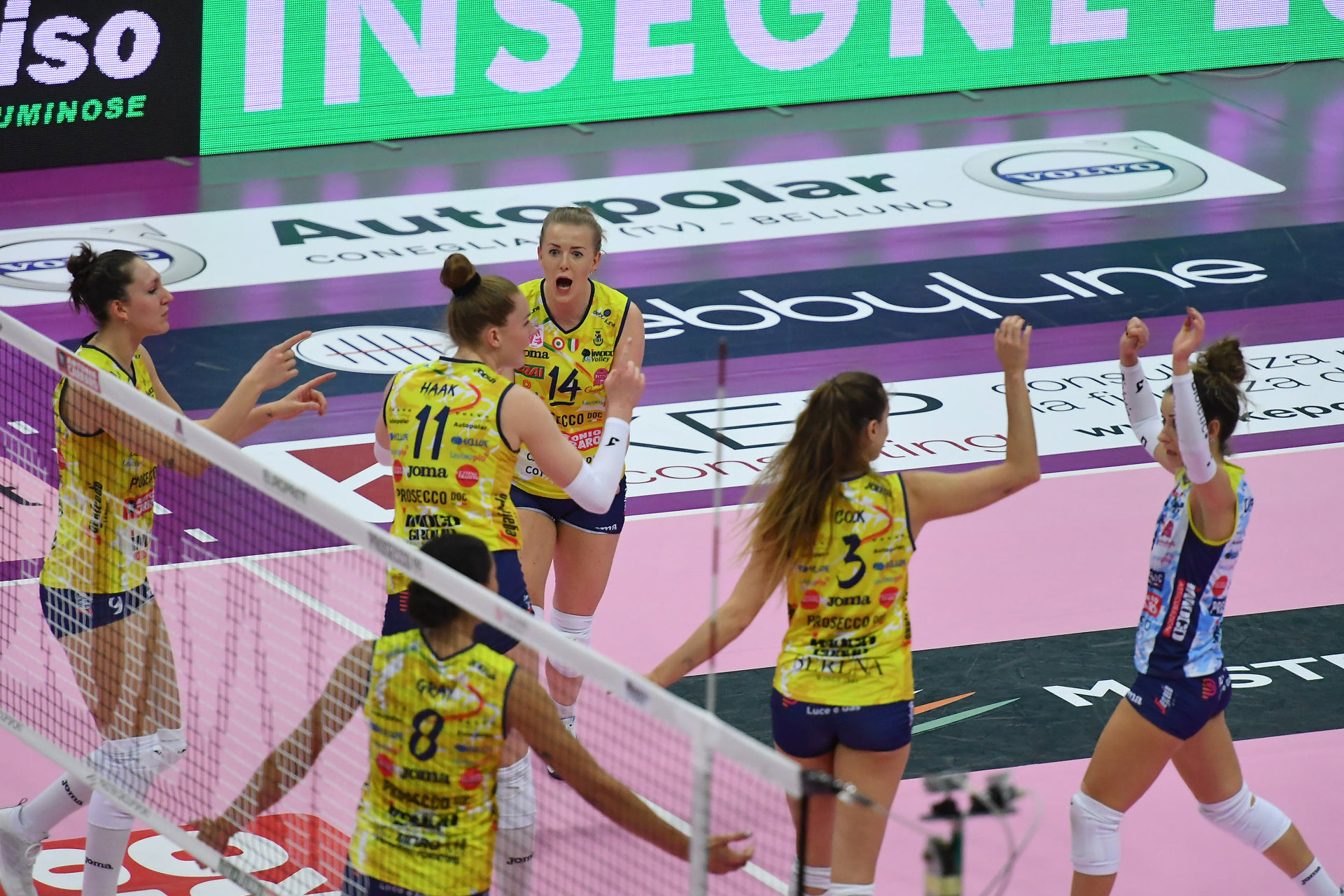 The Italians of A.Carraro Imoco CONEGLIANO are for sure one of the favourites not only in Pool A, but for winning the Champions League title as well. One of the hegemons in today’s Women’s club Volleyball, Conegliano have been delivering a steady performance throughout the last #CLVolleyW seasons. In 2017, 2019 and in 2022 they grabbed the silver medals, while in 2018 they finished on third position. The ultimate success came in 2021 when, led by their already former player Paola Egonu, the Panthers were crowned champions of Europe.

In 2022, they lost in the SuperFinal to reigning champions VakifBank Istanbul, and will be for sure looking for a sweet revenge if both teams’ paths cross in this year’s CLVolleyW campaign. Furthermore, the intrigue will be even greater as the two powerhouses (A.Carraro Imoco CONEGLIANO and VakifBank Istanbul) “exchanged” in their rosters the two top stars of Women’s Volleyball - Egonu signed with VakifBank, while Isabelle Haak parted ways with the Turkish team, to join the Italians). 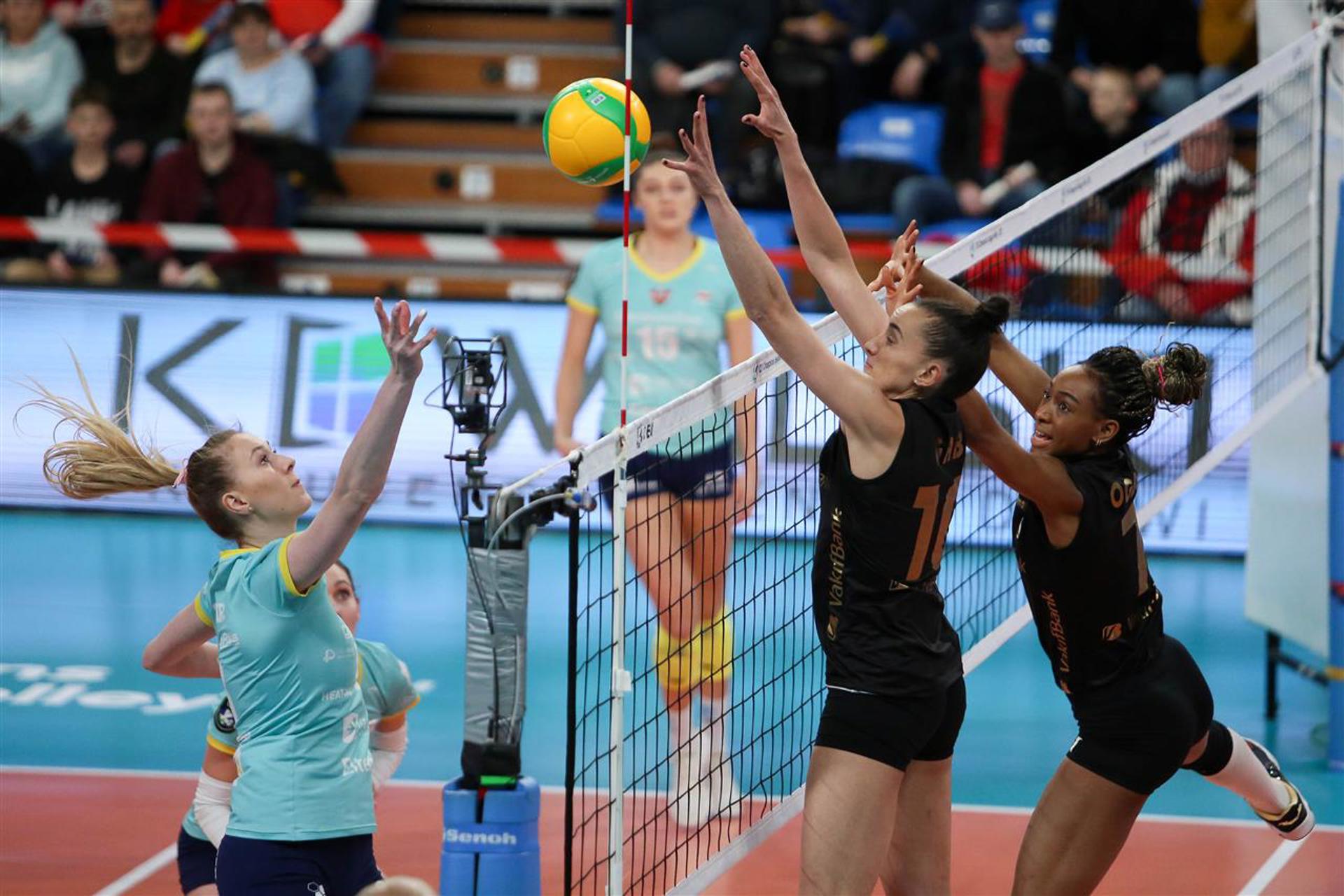 The Polish did a pretty decent job back in season 2021/2022 when they finished fifth, which was an improvement to their 2021 performance (ninth). Composed by mainly Polish players, the team of head coach Stephane Antiga, will aim for at least passing the group phase. Counting on experienced players as Jelena Blagojevic, Katarzyna Wenerska and Anna Stencel, Developres will not accept any disappointment, as they can be considered “second favourites” for the top place in this pool, right behind A. Carraro Imoco Conegliano. And if there is one person to motivate the team, this is the former head coach of the Polish national team - Antiga, who has been at the helm of Developres since 2019 and is already “hungry” for success on the European Volleyball stage. 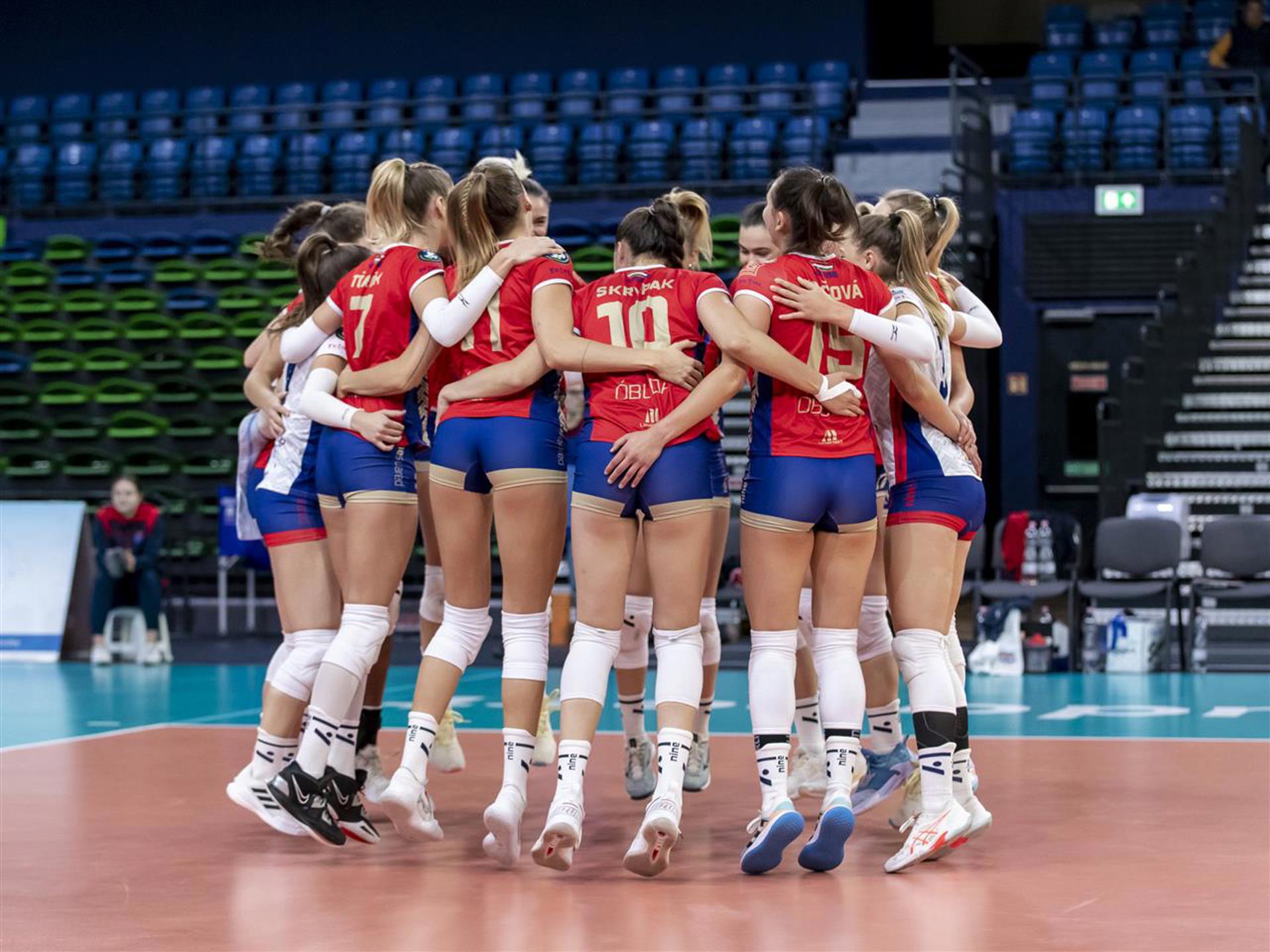 Cup Winners CEV from 1980 and 1981, Champions Cup silver medallists from 1983, and CEV Cup 4th placed in 1996, Vasas Óbuda BUDAPEST have had their moment of glory in Europe’s club competitions, but have never had success in Champions League.

The Hungarians made it to the group stage of Europe’s top competition, and will be trying their best in the company of some of the best European teams. Although they might be considered underdogs in the Pool, they still have their chances to make it difficult to the favourites.

Vasas are the current leaders in the Hungarian Extraliga, as in the Big Derby for the first place against Bekescsabai, they prevailed in five sets.

Under the guidance of head coach Ioannis Athanasopoulos, who is also a head coach of the Czech national team-women, Vasas Óbuda BUDAPEST will aim at gaining important experience facing their strong opponents in the Pool, after reaching Round 4, outclassing Spain’s Tenerife LA LAGUNA in the Round 2. 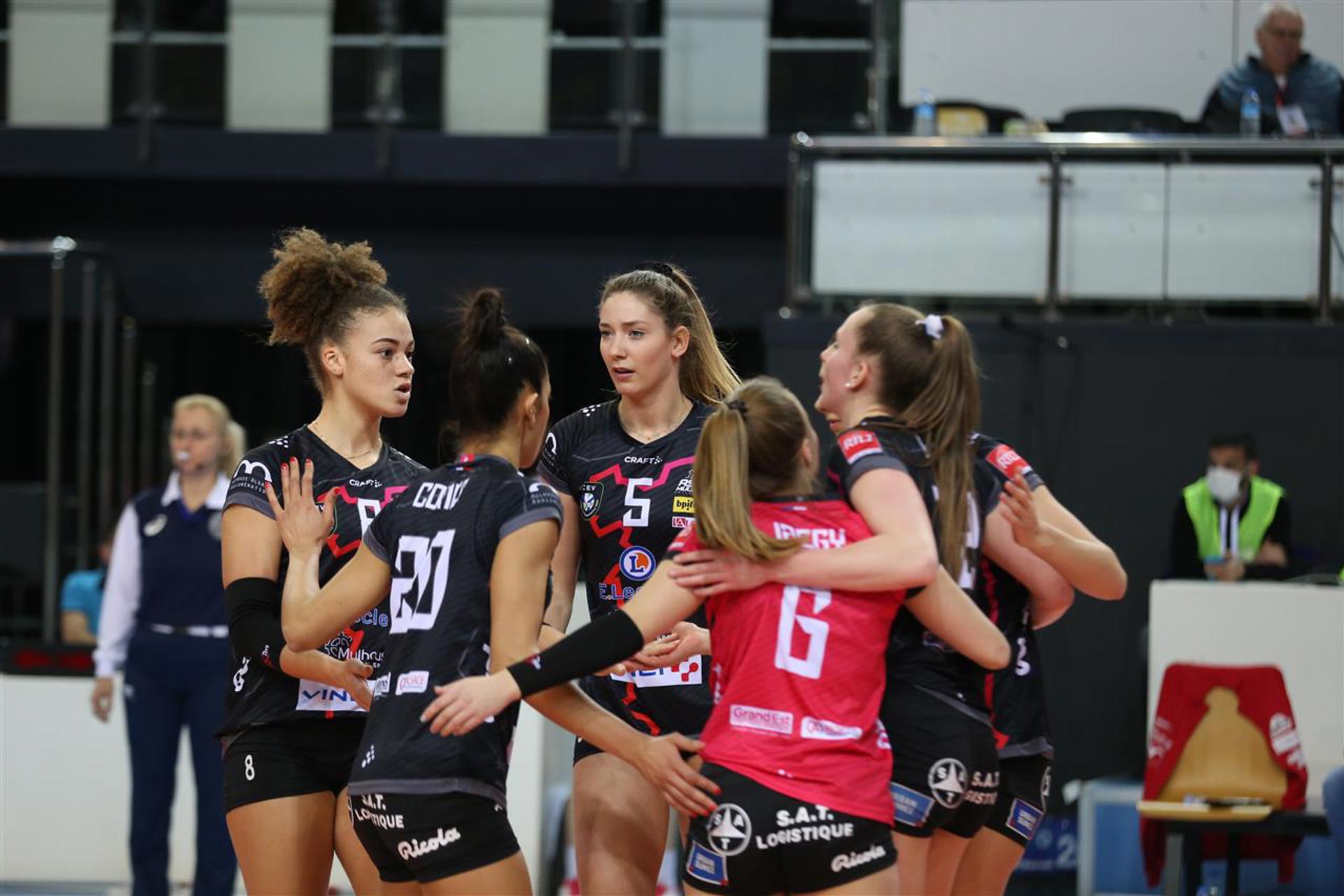 French League Champions in 2021 and in 2017, Mulhouse are one of the powerhouses in the domestic league and one of the clubs with the richest history and traditions, founded back in 1974. However, they are still lacking a bigger success on the European Volleyball stage - back in 1998, they finished third in the CEV Cup competition, while in 2014 did the same but in the Challenge Cup. They don’t have any successes in the Champions League, but with enough confidence, and thanks to their experience on the European Volleyball stage, might cause troubles to the favourites. With players as Anna Haak (who contributed a lot to delivering a big surprise at #EuroVolleyW 2021 when her Sweden won against Bulgaria at the eight finals), Mulhouse are not to be underestimated. T

The matches against Conegliano will be special for the Haak family, as they would put into rivalry the two sisters - Isabelle and Anna, who will be on the opposite sides of the net. The same happened back in 2022, when Anna and Isabelle locked horns, when Isabelle was still part of the VakifBank team.

As for their current performance in the season so far, Mulhouse are on the sixth position (as of 24/11) in the French League - with five wins and three losses.

How did these teams perform in the 2022 edition of the CEV Champions League Women?

The Italians entered the battles in Pool E as reigning champions. In the group phase, they crossed paths with Grupa Azoty Chemik POLICE, ZOK UB and Fatum NYIREGYHAZA.

Conegliano finished on a clean slate with six wins in as many matches. In an all-Italian clash in the Quarters, Conegliano recorded two wins against Vero Volley Monza, then directly proceeding to the Superfinals where they met the well-known opponent of VakifBank Istanbul and lost at 1-3.

The Polish squad was in Pool A, playing against Lokomotiv Kaliningrad, Dresdner SC and SC Prometey Dnipro. Developres finished first with five wins and one loss, delivered a big surprise in the home match of the Quarters, winning against VakifBank Istanbul 3-2. However, the Turkish stopped them afterwards at 3-1 in the away match

The French competed in Pool B in the group stage, in the company of the Turkish giants of VakifBank Istanbul, Vero Volley Monza and LP Salo. They couldn’t reach the next phase of the competition, finishing with five losses and one win.