Polish Volleyball, together with Italian, can always be a reference for quality and success. Many times eyes are on the men’s squads, this doesn’t mean the women’s ones aren’t delivering high-class performance. This is why #CLVolleyW fans are already looking forward to watching some spectacular battles in Pool A of this year’s edition of the competition, where two very strong teams will be fighting in Round 4- the Italians of A. Carraro Imoco Conegliano and the Polish of Developres RZESZÓW. And while we already got to know Conegliano better, now is the time to delve into the Rsesów team. 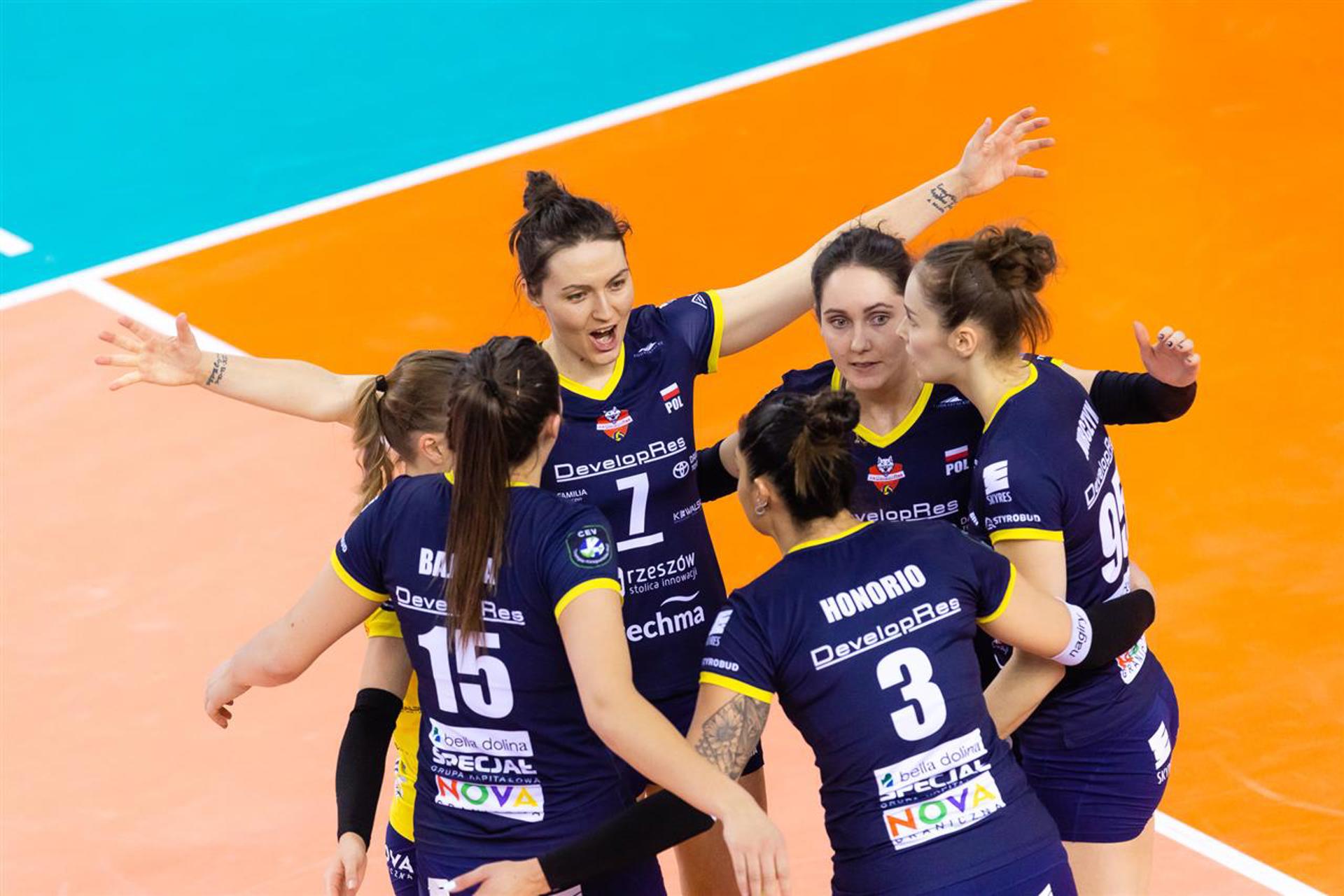 Counting mainly on Polish players, Developres RZESZÓW have been building a squad where the team spirit is of utmost value. However, their biggest star is, for sure, the world champion from Serbia - Jelena Blagojevic. 33-year-old, Blagojevic has been with the team since 2017, and with her great experience, the Tokyo Olympics bronze medallist can help a lot Developres to further develop and reach the goals set. Blagojevic, who in 2022 took up on a new challenge, serving as her country’s assistant coach, can inspire not only by delivering tricky plays on the field, but with finding the right words to motivate her teammates as well.

The Czech opposite Gabriela Orvosova and the Polish setter Katarzyna Wenerska are two other players fans and opponents should be watching out for. 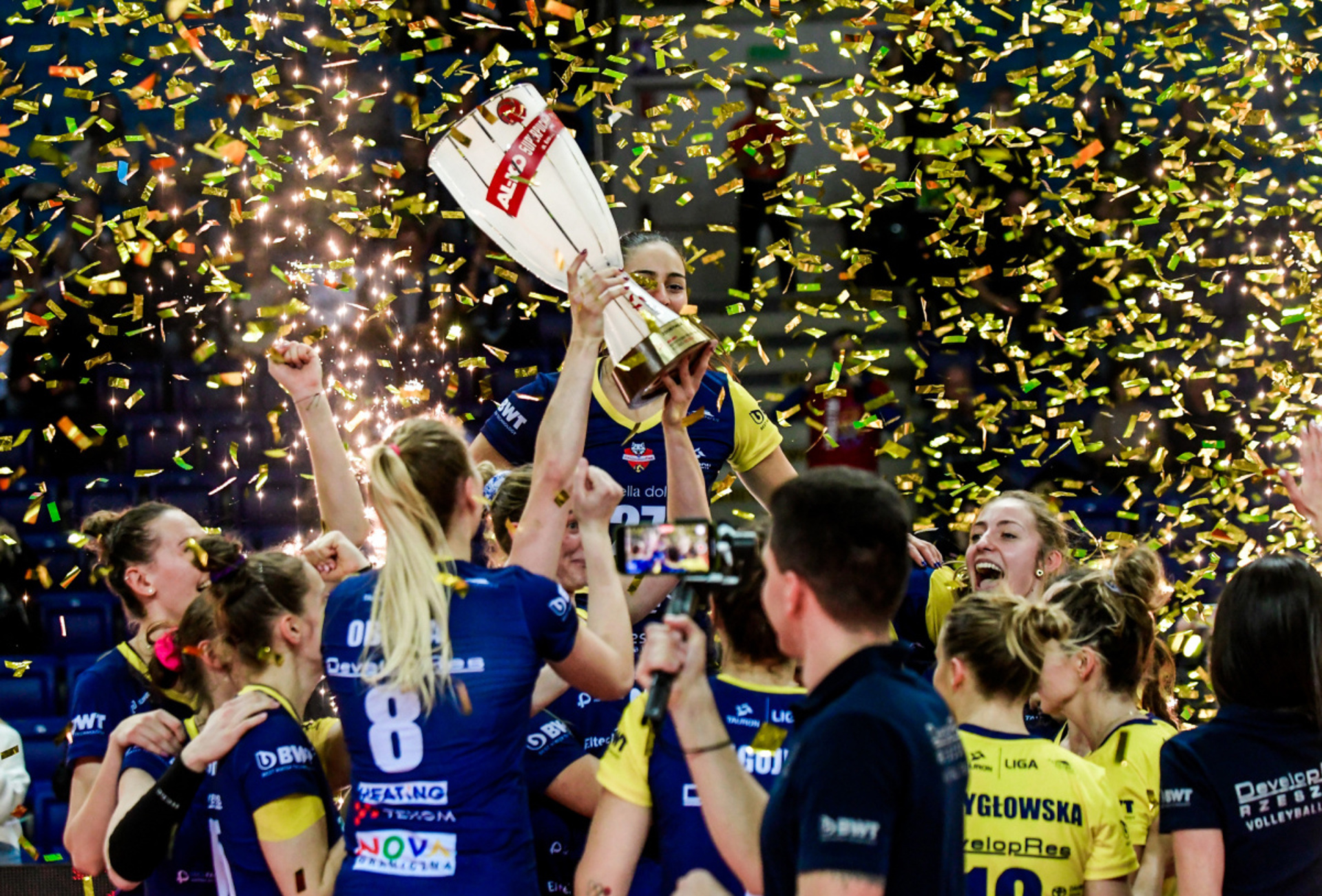 In their nine seasons in the Tauron League (formerly known as PlusLiga Women or Women’s Volleyball League), Developres RZESZÓW haven’t succeeded in reaching the ultimate goal - being crowned champions of Poland. However, their performance has been a steady one, and they are always considered one of the favourties, always on the line for top honours. In their records, they have three times silver medals and two times bronze medals - and the players and the coaching staff (led by legendary Stephane Antiga) are already looking forward to receiving the pay-off for their hard work during the last seasons.

Developres’ performance so far in the Tauron League this season speaks out loud about their great ambitions - they haven’t lost a single set in the four matches played so far.

In the beginning of November, they also won the Polish SuperCup, outclassing in five sets their well-known opponents from Grupa Azoty Chemik Police (reigning Polish champions). Developres RZESZÓW competed as vice-champions and winners of the Tauron Cup, and showed precision in the deciding moments, winning the first trophy in the season. This was the second consecutive SuperCup for Antiga’s players. Blagojevic, with 23 points, was chosen MVP of the matchup. 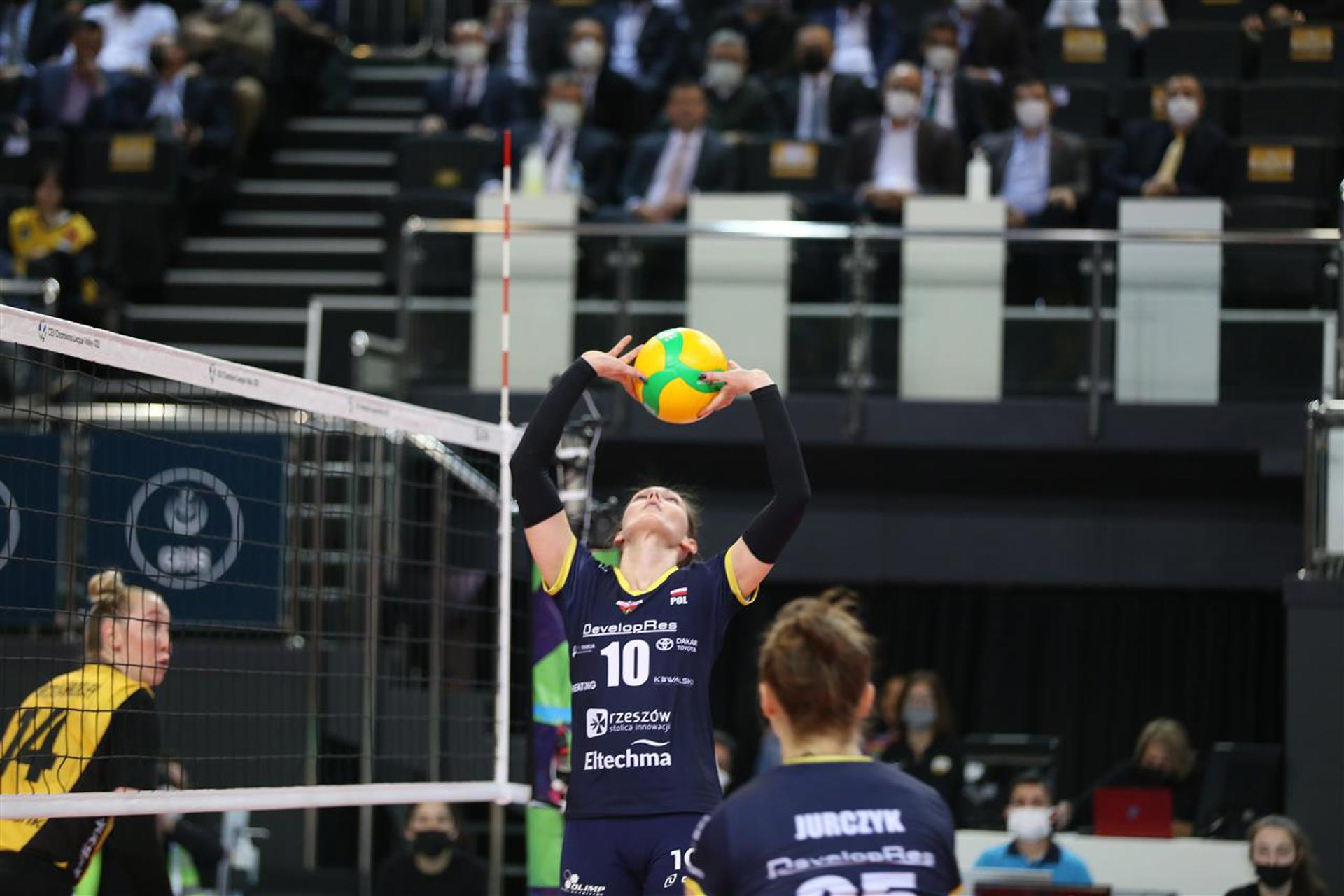 While in the Tauron League, Developres are always one step away from the title, they haven’t made it to the podium of Europe’s top competition. However, it is worth mentioning that in their 10 years of history, the Polish club has built a solid foundation, and even the fact that they are competing among the best European teams, is a great sign for the quality of Volleyball the team from Rzeszów is delivering.

In the 2021/2022 #CLVolleyW campaign, they finished on fifth position. Their journey to the Top teams started from Pool A, where they played Lokomotiv KALININGRAD, DRESDNER SC and SC Prometey DNIPRO. Developres had an almost perfect campaign - as they lost only once, in Leg 6 to Lokomotiv KALININGRAD. Despite the loss, they finished as first placed team, and proceeded ahead to the Quarters where they had to lock horns with the Turkish powerhouse of VakifBank Istanbul. The squad from Rzeszów was very close to dropping the bomb, as in the home match, they prevailed over the Istanbul team with 3-2. In the away match, however, they couldn’t handle the expectations, losing 1-3.

Their two top scorers in the last edition of #CLVolleyW - Bruna Honorio Marquez and Kara Bajema are no longer part of the team. However, as already stated, the real power of Developres lies in the team spirit, and might very well be the trump card of Antiga’s team towards big surprises in the CEV Champions League Volley 2023. The road towards the Superfinal starts on December 6 with a game against Volley Mulhouse, and if they want to make it to the next phase, Developres will have to deliver their best game against A.Carraro Imoco Conegliano and Vasas Óbuda Budapest as well in the 6 Legs of Ultimate Volleyball Show.

Will they do it?