On Wednesday (Nov 16 at 15:30 CET) the BERLIN Recycling Volleys will play their second match in the group stage of the CEV Champions League. After the opening win against Hebar PAZARDZHIK (3-2), an even bigger challenge now awaits the German champions at Halkbank ANKARA.

Satoshi Tsuiki is one of the players in the BR Volleys squad who celebrated their debut in the Champions League against the Bulgarians, becoming only the third Japanese ever to take part in Europe's highest club competition. Satoshi Tsuiki was one of the BR Volleys' most important transfers in the summer of 2022. The new libero was supposed to bring stability to the twelve-time German champions' reception, and he succeeded in doing so with flying colors right from the start.

Still unbeaten this season, Germany's most successful team in recent years starts with confidence and with a home win into the Champions League. The first Japanese player in the club's history played a major part in this. For a long time, the 1.74-meter man was known in his homeland - and in the national team jersey - as "Ide." When he married, he took the name of his wife “Tsuiki”.

"My nickname is Sato and that's what I prefer to be called now." Ide was still on the Jersey from 2013 to 2020, when he defended the balls for Toray Arrows from Mishima City and celebrated the triple of cup and national as well as Asian championship with the club in 2017.

He also enjoyed great success when he moved to Germany to join United Volleys FRANKFURT, winning the 2021 DVV Cup. Since then, Berlin's new number two has been one of, if not the very best libero in the German league. This season, a new chapter begins for "Sato" as he gets to prove himself in the highest class of European volleyball for the first time.

In the CEV Champions League Volley Pool B, Tsuiki will face equally strong representatives of the libero guild. A special duel among the reception and defense specialists is the one against Santiago Danani (Aluron CMC Warta ZAWIERCIE). The Argentine Olympic bronze medalist wore the jersey of the BR Volleys last year and had several hot duels with the Japanese player.

Together they were the best liberos in the Volleyball Bundesliga, but Tsuiki secured one or two MVP medals more. Last week, Tsuiki already faced Teodor Salparov in the jersey of opening opponent Hebar. The 40-year-old Bulgarian is in a way a libero legend, played many years in Russia (Moscow, Surgut, Kazan) and was Champions League winner with Zenit Kazan. On Wednesday, the Japanese player will be allowed to receive the balls on Turkish ground for the first time, and even there he will face extremely strong competition. Halkbank Ankara's squad includes Volkan Döne, a player who also fully understands his craft and has been the best libero in the Turkish Efeler League for the last two years.

"To compete at this level has always been a dream of mine. That's also why I once decided to move abroad. I meet other strong liberos, but these personal duels are not of crucial importance to me. Challenging opponents from Poland, Turkey and, in the course of the competition, perhaps Italy as well, with my entire team is what excites me immensely about the Champions League."

When the BR Volleys took to the Champions League court against Pazardzhik with a crowd of 3,800, the largest of any matches last week, Tsuiki was only the third Japanese player ever to appear in the group stage.

One of those to have achieved the same feat is a libero as well - and he wore the jersey of one of Berlin's group opponents, Aluron CMC ZAWIERCIE. Taichiro Koga played not only in Poland, but also in France and participated in the Champions League with PARIS Volley in 2016/17. "He was a pioneer in whose footsteps I now like to walk," Tsuiki says. 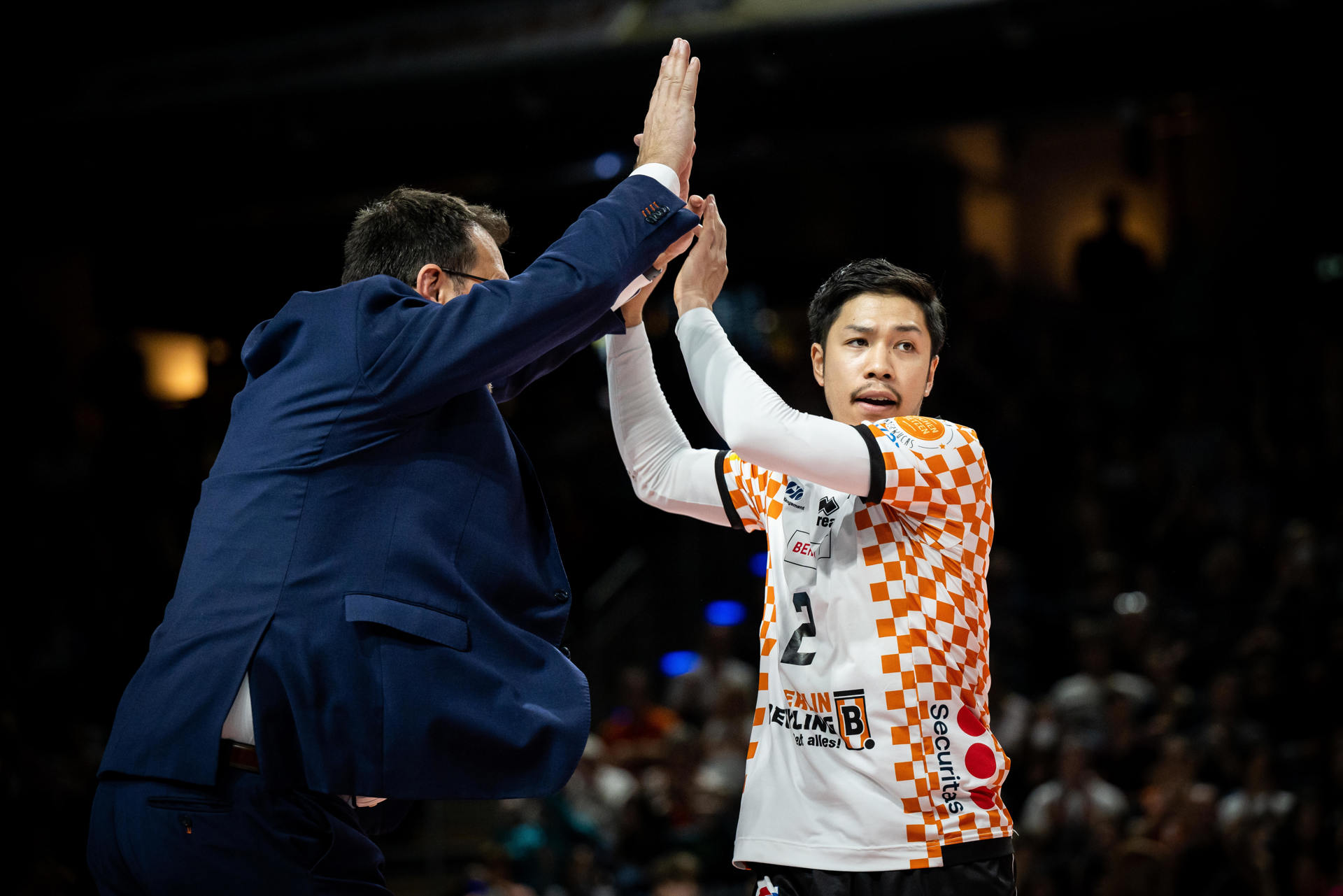 He wants to continue with the current Bundesliga leaders what his new team has achieved in the last two years: Advancing to the knockout round. "Our group is very exciting and full of attractive opponents. We always want to give our best and win every game - including Wednesday in Ankara!" In the Turkish capital, the Berliners will face superstar Nimir Abdel-Aziz and his team and will do everything they can to take something countable back to Germany.