Tenerife La Laguna Wins Away from Home to Become Favourite

Calcit Volley Kamnik and Tenerife La Laguna have been awarded one last chance to enter the Champions League pool phase. The lucky loser, will be decided next Wednesday, November 23rd, however, after the first dual, Tenerife La Laguna is in a better position to qualify after tonight’s victory in a tie-break. The spectators in Kamnik were disappointed to see two faces of their heroes, who, after a flying start, lost their game in a dramatic manner.

The more experienced Spaniards, the oldest of them, Patricia Aranda Munoz, at 43 years old, came within six points lag with two aces (16-10). After a time-out and an ace by Neja Čižman, Calcit Volley Kamnik came back to a greater advantage (20-12). After another time-out, the home players scored two more points, and the ten-point advantage was enough for Calcit Volley Kamnik to win the opening set. Sara Hutinski locked it with a block.

At the beginning of the second set, the Spanish, who had only a 25% reception, but 27% offense in the first set, the Kamnik players were 46% in reception and 67% in attack, were still keeping up with the Slovenian national champions. But after a successful spike by the Andjelka Radišković, the home team got to a four-point advantage (11-7).

The visitors tied the score at 12 with American middle-blocker Margaret Ann Wolowicz on the serve. Kamnik's offense was not as penetrative and after Lisbet Arredondo's ace, Tenerife led 15-18. Home coach Gregor Rozman took his second time-out. With Hutinski’s block, Kamnik levelled the score at 19-19 up. Andjelka Radišković brought the home team three set points and finished the set with an ace. 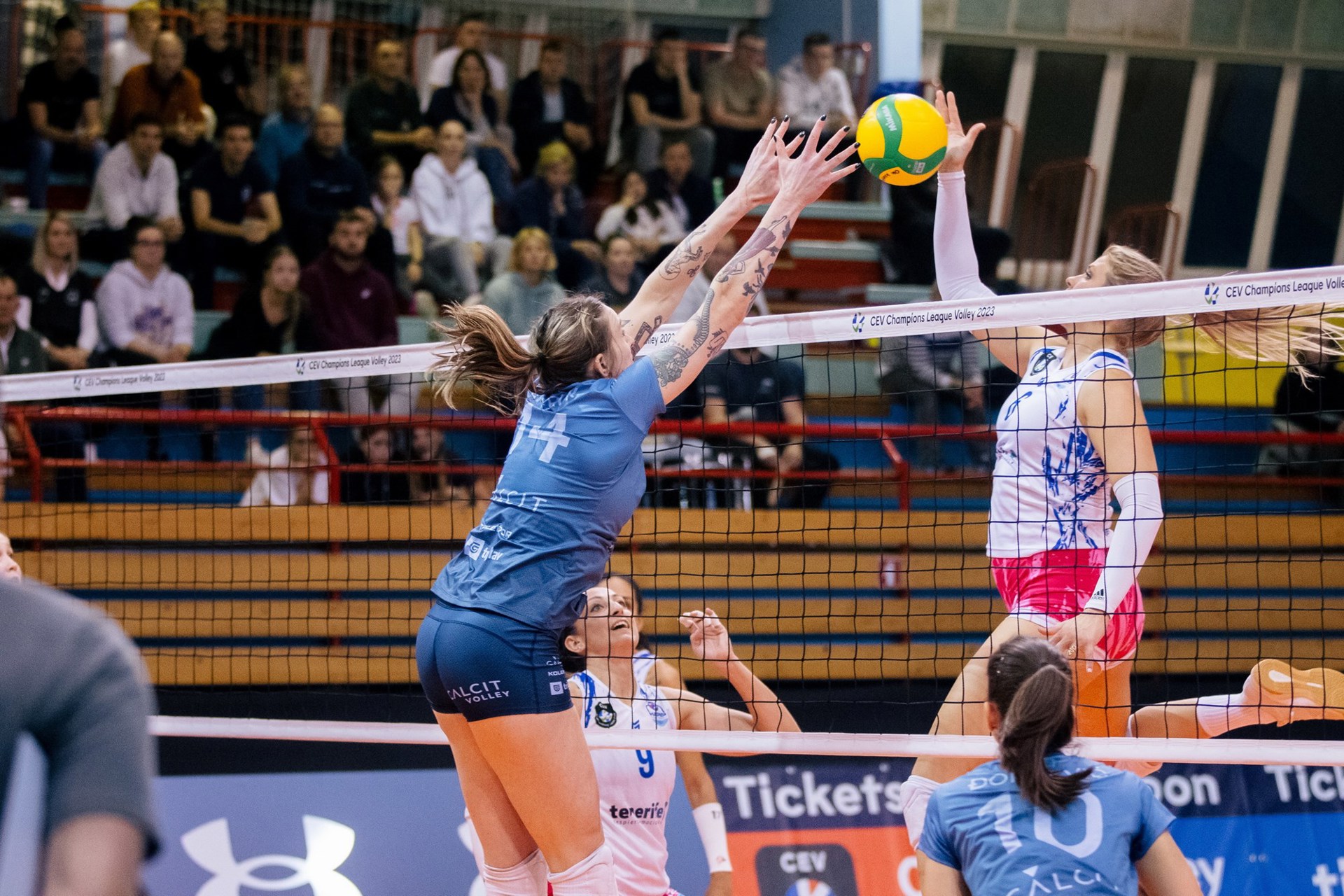 The third set started with the Spaniards taking three consecutive blocks by the second American in the team, Avalyn Keli Niece, and a successful attack by Arrendo to take a 7:1 lead. The home team made a series of attacking mistakes and Rozman took his second time-out at 8-16. At the same time, they experienced problems on the receiving end as well, so there was no bouncing back for the Kamnik team. With an ace by Belly Nsungimine, Tenerife went on to take the set.

The opening of the fourth set wasn't going Kamnik's way either, as the Spaniards quickly came to a three-point advantage (2-5), and after another mistake by the home squad, to a four (5-9). On the serve of Lucille Charuk, the Kamnik quickly halved the deficit, but did not get to less than two points difference. Tenerife increased its advantage to five points before the playoffs (15-20), but on the serve of Maša Pucelj, a block by Đorđević and an error by the Spaniards, Kamnik came back to a point behind (20-21). However, there was no turning point after a Diaz’s time-out, as the Spaniards got to four set points. They took the set by Aranda Munoz’s ace.  It was now 2-2 and the match was again opened.

In the tie-break, the teams exchanged the lead until the sixth point, yet, with three consecutive points the Spaniards led 6-8 at the change of sides. Arredondo was successful once more. Naja Boisa brought the home team back into the game with two consecutive points to tie the game at 10-10, but their joy didn't last long. Tenerife regained a two-point lead (10:12), but after a time-out, another of the Kamnik’s attacks ended outside the court. Rozman took a second time-out, but it didn't bring a turnaround either, as the Spaniards came up with three match points to win the game. They took advantage of the third. 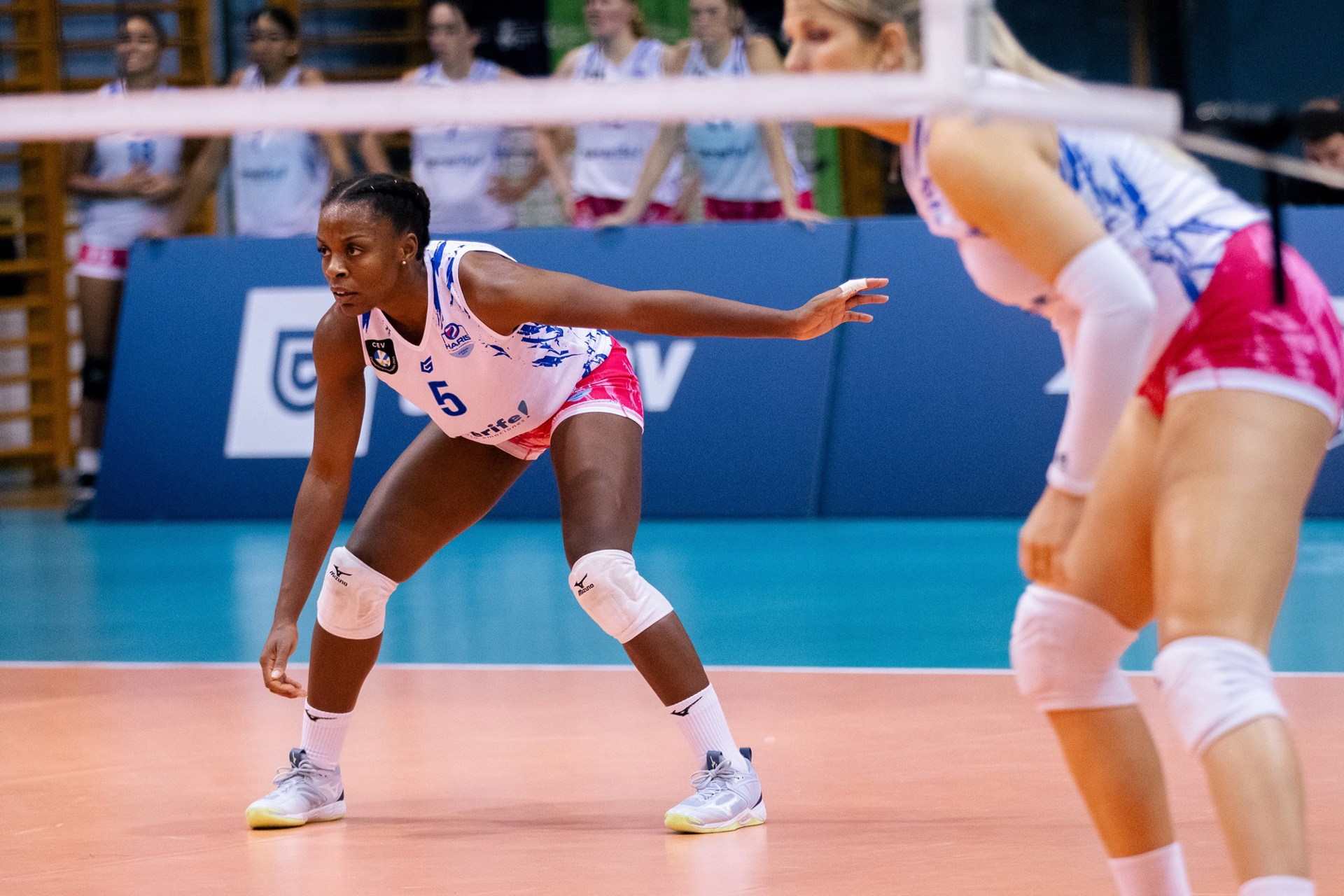 Gregor Rozman, Calcit Volley head coach: "It should not happen that after leading 2-0 in the sets the team is already thinking about winning. We simply can't play the way we did from the third set onwards. Offensively, we were poor again, although when I took a quick look at the stats, we were even better than the Spanish team thanks to the first two sets. But it is not like that. In the play-offs of the fourth and fifth sets we missed two, three serves, two, three attacks, and that is not the way to win. We'll just have to fix our offensive performance if we want to win in the Canary Islands."