Trentino make a huge step towards the final

Trentino Itas made a huge step towards the Champions League final after they recorded the a straight-set victory against Sir Sicoma Monini Perugia. Their first semifinal encounter was played in BLM Group Arena TRENTO and Trentino took the full advantage of the home court, delivering a strong performance against their fellow Italian opponents from Perugia. Vital Heynen and his team are still in the running for the final, but are facing a challenging second match next week in Pala Barton Perugia.

Both teams began the match with strong service, forcing each other to play with their wing players. Trentino achieved an advantage at 13-10, but a mistake from Srecko Lisinac during one of the few occasions when Simone Giannelli was able to use his middle blocker, allowed Perugia to edge closer. An ace from Thijs Ter Horst allowed the club from Perugia to level at 17-17, but Marko Podrascanin responded with an ace on his own to keep the hosting team one step ahead. Few good spikes from Sebastian Sole and Wilfredo Leon seemed to show another push from Perugia, but Trentino yet again responded with few huge spikes of their own, including one from Nimir Abdel-Aziz, keeping the hosts ahead at 21-19. A massive block by Trento has put Leon down, giving them the first set point and the hosts win the first set at 25-21, when Ter Horst spikes long. Trentino relied on all of their spikers, with points being fairly distributed across the squad. This is something the team form Perugia was missing so far, and while Thijs Ter Horst was the leading scorer of the first set with 9 points, he carried the scoring burden with his fellow teammates scored only 1 or 2 points each.

Trentino continued the dominance from the first moments of the second set, with Ricardo Lucarelli making it 5-3 with a great spike. A moment later coach Vital Heynen called a time out when the scoreboard showed 6-3 for the hosts. Another great collective effort from Trentino, with Lucarelli stepping up at the service line and a finishing swing by Abdel-Aziz, the hosts went 10-5 ahead, putting more and more pressure on Perugia. The Brazilian outside spiker continued his great serving streak, causing damage to Perugia in a form of 14-5 on the scoreboard. Vital Heynen sought help from the bench, bringing Maciej Muzaj in Ter Horst’s place, when even the Dutch - who was the best scorer of the match in the first set - found it tough to get through Trentino’s block. Dragan Travica’s trick followed by a double block on Lucarelli allowed Perugia to come a bit closer, to 18-10, as the team was looking for a path to recover after the setback in this part of the match. Unsurprisingly, Trentino maintained the lead and won the second set 25-16.

The third set was a resemblance of competitive play that both teams showed at the start of the match. Perugia returned to its original line up and a triple block, followed by an ace from Ter Horst, allowed the team to go ahead at 5-7, forcing the hosts to call a time out. Both teams remained close, with Perugia being step ahead, but Giannelli managed to level the score at 13-13 with a spike. The play turned full circle when Perugia managed to jump two point ahead and Trentino tied again at 17-17, forcing Heynen to call a time out for his team. The break did not seem to help his team as Trentino went 19-17 ahead with an ace by Podrascanin and mistake by Perugia. Motivated by overturning the lead, the hosts kept the two-point gap at 23-21 and their first match point came at 24-22, with Lucarelli at the service line. Perugia persevered, but Nimir Abdel-Aziz used the second match point opportunity to seal the deal on a straight set win for Trentino at 25-23.

“We didn't play a perfect match, but we certainly showed a lot of determination from the start. All this has made a difference, but we are not taking it for granted; the road ahead to reach the Champions League final is still very long and difficult."

Nimir Abdel-Aziz
opposite of Trentino Itas

“We have to be honest and say that Trento played better. Clearly better in the second set, in the other two they made fewer mistakes. In the first and third set we had some chances that we didn't exploit”. 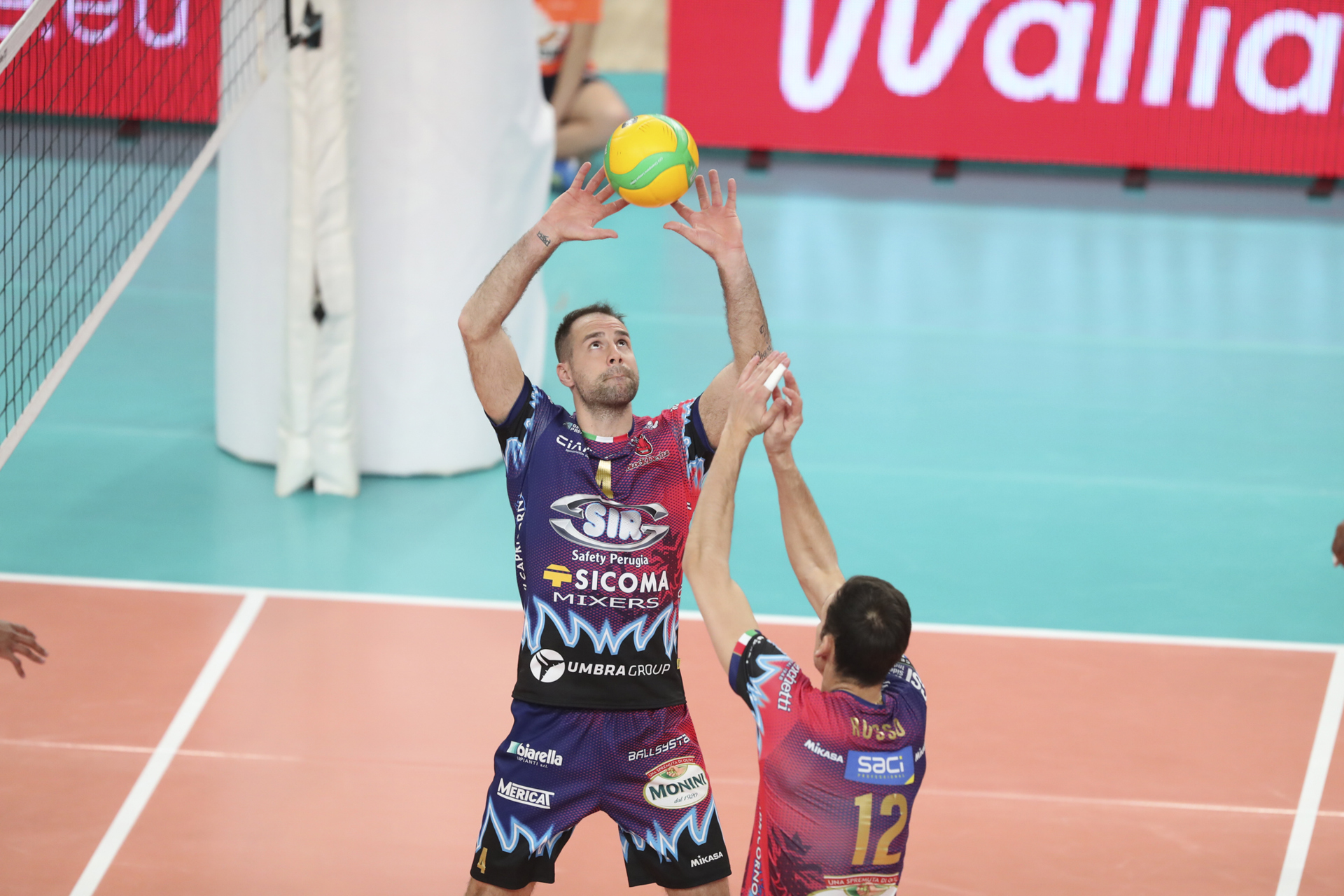